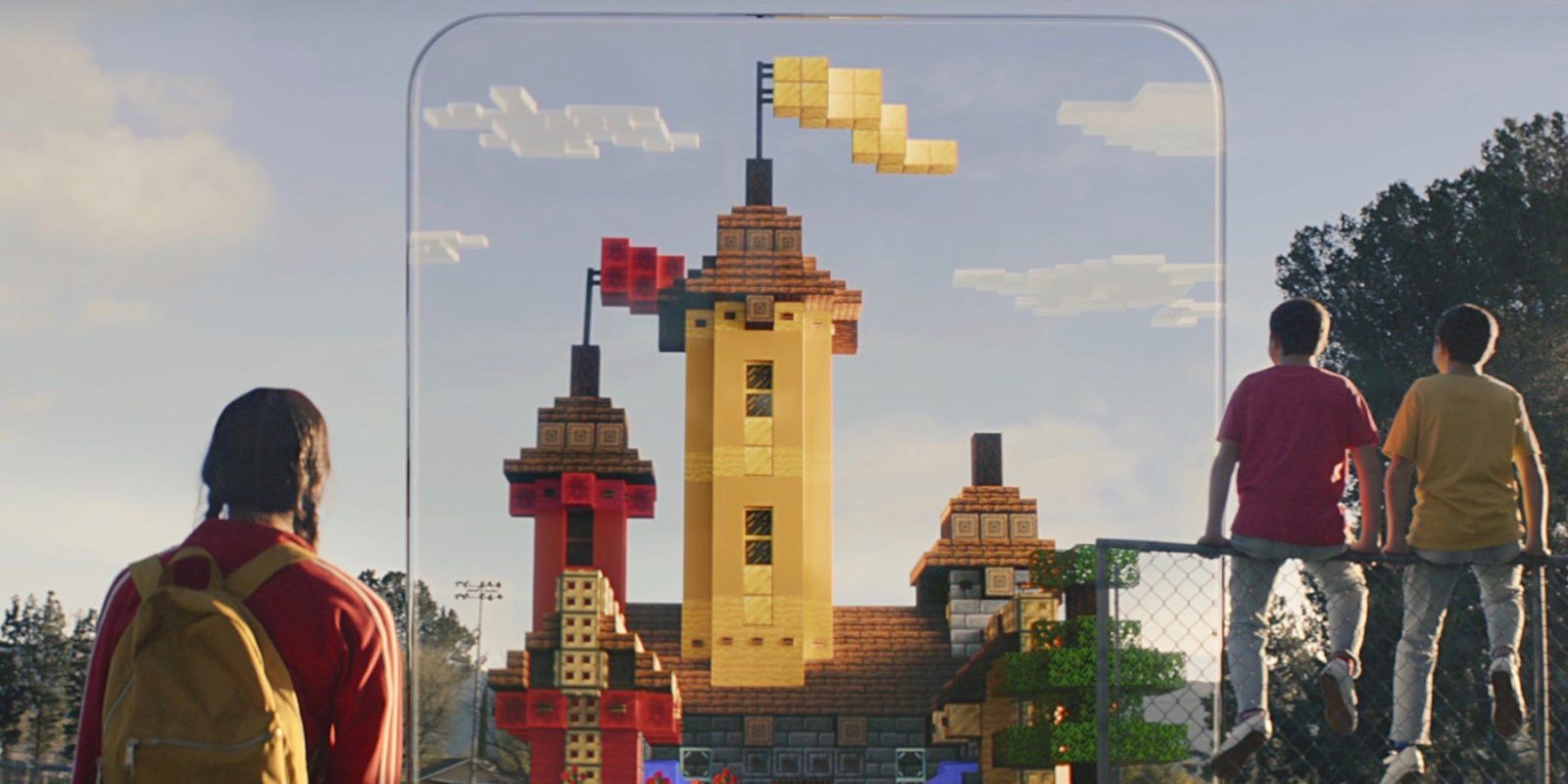 Microsoft is working on a major new Minecraft game for iOS and Android that takes the highly popular platform into the real world. After teasing the title earlier this month, the company has unveiled Minecraft Earth which is set to arrive in beta this summer. The new mobile game will bring a Pokémon Go-style AR experience to let players collaborate with others in real time and cover “the entire planet in Minecraft.”

Microsoft’s creator of the HoloLens and Kinect, Alex Kipman, shared with The Verge that he sees Minecraft Earth as the next generation of games.

”Minecraft Earth proposes to completely break the dogma that has lived with us in computing since the beginning: this idea of a single person that holds a single device to create a single experience,” says Kipman. “With Minecraft Earth, that’s no longer the case. The content is in the real world.”

There are currently 91 million active Minecraft players, so there’s a lot of potential if Microsoft creates a hit with this new free to play AR title. Clarifying the game a bit more, Minecraft Earth’s game director Torfi Olafsson said it will be “very familiar” to existing Minecraft players, but it is an adaptation.

“This is an adaptation, this is not a direct translation of Minecraft,” explains Torfi Olafsson, game director of Minecraft Earth. While it’s an adaptation, it’s built on the existing Bedrock engine so it will be very familiar to existing Minecraft players. “If you like building Redstone machines, or you’re used to how the water flows, or how sand falls down, it all works,” says Olafsson. All of the mobs of animals and creatures in Minecraft are available, too, including a new pig that really loves mud. “We have tried to stay very true to the kind of core design pillars of Minecraft, and we’ve worked with the design team in Stockholm to make sure that the spirit of the game is carried through,” says Olafsson.

The Verge got some early hands-on time with Minecraft Earth and found it to be a little buggy, but “very impressive.”

The game will be available in beta on iOS and Android this summer, and I got to try various forms of it at Microsoft’s campus a couple of weeks ago. It’s fair to say the game I played was basic, occasionally buggy, but very impressive. While the regular version of Minecraft lets players play in modes like creative (with unlimited blocks and items) or survival (if you die you lose your items), Microsoft is blending these traditional modes into a new way to play Minecraft.

The game focuses on having players explore the real world to gather resources to be able to start building. While players won’t have to battle to collect resources, you will be able to “steal” from others when building.

I sat for around 10 minutes creating a Minecraft build where I could see blocks flying onto the structure from someone next to me. They could also see everything I was doing in real time, and we could build together block by block. I could, if I wanted to, also steal my friend’s blocks here to create my own mega building. That introduces an interesting social dynamic because, unlike most games, you’ll be physically next to the person you’re stealing from in the virtual world.

“In order to steal, you would have to look up and go, ‘Hmm, I’m going to take your blocks,’” says Saxs Persson, creative director of Minecraft. “Shenanigans will come from when people have different opinions about what needs to happen, or they band together and do something meaningful.”

For more details about the upcoming game, check out the video below, the full article from The Verge, and the Minecraft Earth’s dedicated website.