Waverly Labs Ambassador claims to be smartest wearable translator yet, at $99 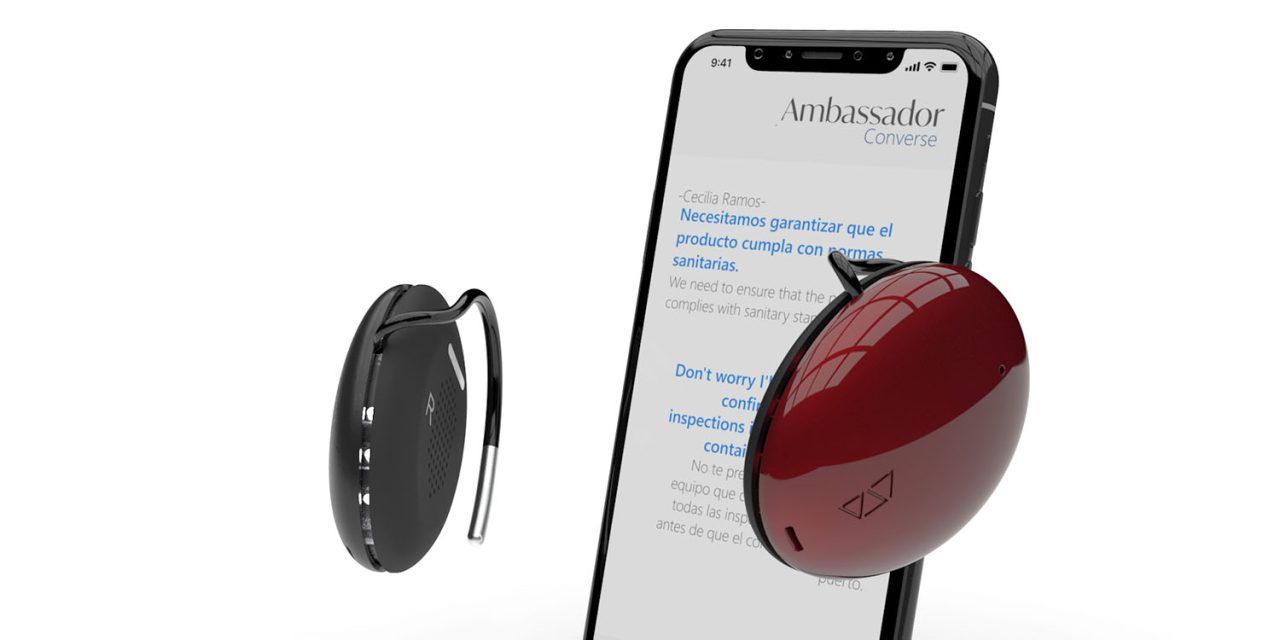 The Waverly Labs Ambassador, launching today on Indiegogo for an early bird price of $99, claims to be the world’s smartest wearable translator.

It’s an on-ear device that instantly translates 20 languages and 42 dialects, with a conversational mode pairing two devices to a single iPhone for free-flowing two-way conversation …

There are of course numerous iPhone apps that offer instant translations, including Google Translate and Microsoft Translator, but Waverly Labs argues that its on-ear device delivers a more natural experience.

Ambassador provides accurate translations that can be delivered via over-the-ear audio, text on a smart app, and for the first time, can be broadcasted live in a conference environment […]

While translation apps and handheld devices are able to handle short, occasional translations, they are not ideal for ongoing fluid conversations with  people conversing in a natural and unimpaired way. Ambassador is a sophisticated high-grade translation tool that addresses this unmet need.

In addition to the standard listen mode, for personal translations when listening to something like a presentation or tour guide, there are two additional modes.

Lecture mode: In this mode, Ambassador will broadcast the words of a speaker wearing the device to multiple people in a lecture, conference or group setting. Once selected, Ambassador will capture the speech of the user and stream audio translations to their smartphone, which can be played over its loudspeaker or paired to any audio system.

Converse mode: This mode allows users to engage in two way communications while each is wearing an Ambassador device (sold in pairs). Each user sets the languages they want to detect and receive, and they can configure their Ambassador experience using their own smartphone or share a device in guest mode. In this configuration, people can partake in fluid natural conversations with up to four participants, as multiple Ambassador units can be paired with a single smartphone

Retail pricing of the wearable translator will be $149 per pair, with early bird Indiegogo pricing at $99. Shipping isn’t until November, but we’ll be bringing you a review ahead of time. More details at waverlylabs.com and the Indiegogo page.