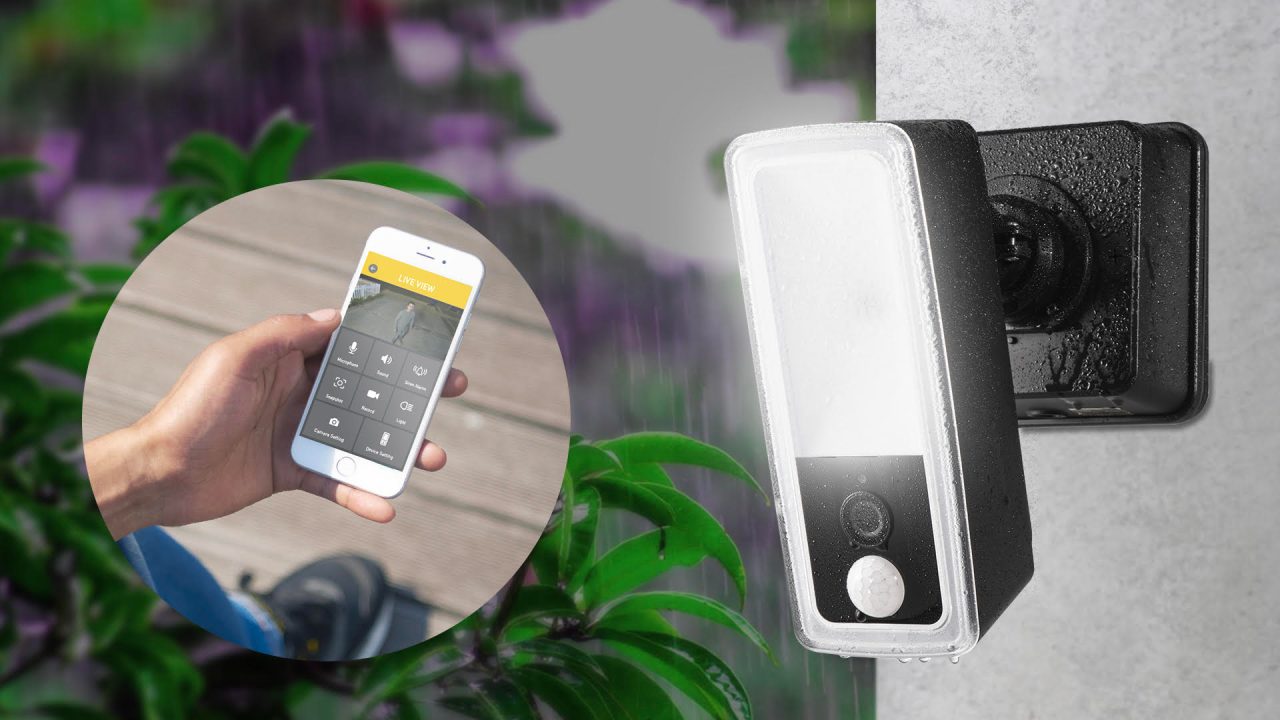 California-based KODA’s latest security camera introduces its first motion-activated floodlight + alarm offering with the new KODA LightCam. The camera includes some impressive features including the company’s UltraSense technology that does a great job of minimizing false alarms while allowing pre-event recording to make sure the camera captures as much as possible when detecting presence.

Head below for a closer look at the new LightCam:

The new KODA LightCam includes a 1080p HD camera with a 106° field-of-view. Its camera is equipped with night vision for detection and recording in full darkness, although the built-in 1300 lumens LED floodlight is bright enough to light up the entire surrounding area once triggered.

The LightCam’s motion sensor triggers the bright LED but also begins video recording and sends an alert to your iPhone or other device over WiFi. In addition, a 90db siren and a flashing red status light on the LightCam makes it an all-around security device in comparison to a lot of the other connected floodlight options on the market.

Another interesting feature with the LightCam is KODA’s UltraSense technology. This allows for a two-step motion detection process that minimizes the chance of false alarms that are common for many similar cameras. That’s because most motion-triggered security cameras are using PIR sensors that can be triggered by non-human motion like blowing leaves, while the LightCam uses dual motion sensors with PIR plus microwave radar detection to be smarter at detecting human movements.

If you’ve owned other doorbell or security cameras, you might have experienced missing the beginning of a detected event or just catching a person as they leave. LightCam minimizes this problem by triggering auto-recording 3 seconds before an event is triggered and 7 seconds after an event so you capture as much as possible.

The KODA iOS app offers a Live View interface with support for multi-camera setups so you can monitor a single or multiple LightCams or other KODA security cameras from a single screen on your iPhone. Via the app you’ll also be able to access the camera’s two-way audio communication feature so you can speak with anyone you’re viewing on the camera. In addition, the app will allow you to enable the LightCam’s built-in siren and red flashing light manually or take a photo or video recording to store it locally.

The KODA app will also allow you to customize camera settings including the sensitivity of the motion detection to best fit your specific surroundings. This includes controls for motion trigger range, notification delays, light brightness, how long the spotlight stays on (ie 10s, 30s, 10 min, etc), among other custom options.

Something you don’t always get with most of the competitors, especially at the price point of the LightCam, is an option to either install the camera with a hardwire or plug in to an existing outlet. The LightCam offers both installation options with a single model so you’ll also have the flexibility of switching from a hardwire to an outlet in the future if needed.

Every KODA camera including the LightCam offers free live access for events as well as the ability to record and download clips. You’ll also get a 30-day free trial for its cloud recording storage plan available for $4 a month after.

You can get the new KODA LightCam now for $149 at Costco (membership NOT required) or the company’s site.