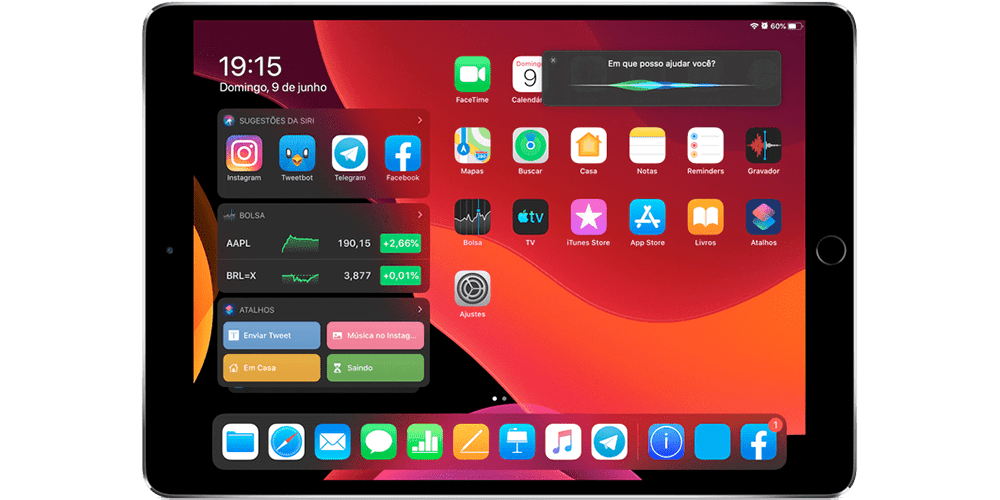 Apple finally fixed the volume indicator in iOS 13, and Apple’s SVP of software engineering has indicated that the company may fix another full-screen annoyance – at least in iPadOS …

If you use Siri on the Mac, you get a small overlay in the corner of the screen. Do the same on the iPhone or iPad, however, and Siri takes over the entire screen. As iHelp BR spotted, that may change in a later version of iPadOS.

Craig Federighi – Apple’s vice president of software – confirmed in an email that the company is studying the possibility of correcting this in the future.

The company executive confirmed the information in response to Juliano Rossi , who had questioned Craig about Siri’s interface taking up the entire iPad screen and disrupting its use. Juliano told us that he asked for something similar to what exists on the Mac today, in which Siri is displayed in a small window in the corner of the screen. To his surprise, the iOS boss himself decided to respond.

Federighi said it was too late for the launch of iPadOS 13, but it was something that might be changed later.

Craig replied me back! 😳
The mail was about my request for Siri on iPad to behave like on the Mac, without filling the entire screen.

iHelp BR posted the mockup, above, of how that might look on an iPad (strangely choosing an older model to illustrate it).