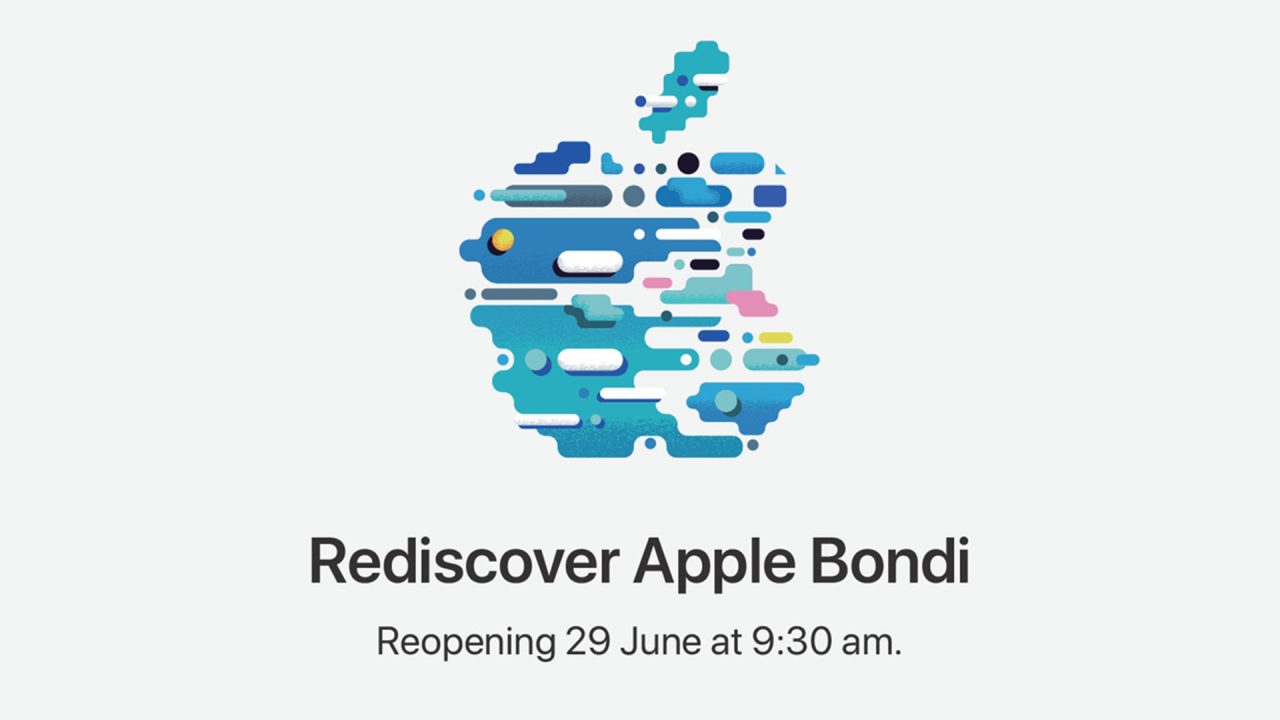 In Australia, Apple is putting the finishing touches on its latest store renovation. Apple Bondi will reopen on June 29th at 9:30 A.M. local time after closing in March for significant upgrades.

Following in the footsteps of other recently remodeled stores like Apple Pioneer Place in Portland, Oregon, Apple Bondi will become the latest location in Australia to receive a video wall and Forum for Today at Apple sessions. Due to the extended length of the renovation, we anticipate design changes like Avenue display shelving may also be in store. The store first opened in 2010 and lacked Apple’s latest retail design language.

When the store’s midnight blue wrappings are removed and customers are welcomed back inside, Apple Bondi will join five other stores in Australia that have been upgraded either with a full remodel or with a video wall and Forum replacing the store’s Genius Bar. Each project has served the goal of increasing the store’s capacity to hold larger and more immersive creative sessions. Apple Broadway and Apple Highpoint were both upgraded since the start of 2019.

To promote Apple Bondi’s reopening, Apple is featuring one of the hundreds of Apple logo illustrations created for its October 2018 Special Event in Brooklyn. A stylized Apple logo was also recently employed in Barcelona, where Apple is anticipating the reopening of its Passeig de Gràcia store on June 20th. Like at Bondi Junction, a video wall and Forum are expected to take center stage when the flagship reopens.

If you attend Apple Bondi’s reopening, spot something interesting, or attend a great Today at Apple session, we’d love to see your photos. Follow 9to5Mac’s retail guide for in-depth coverage of the latest Apple Store news.