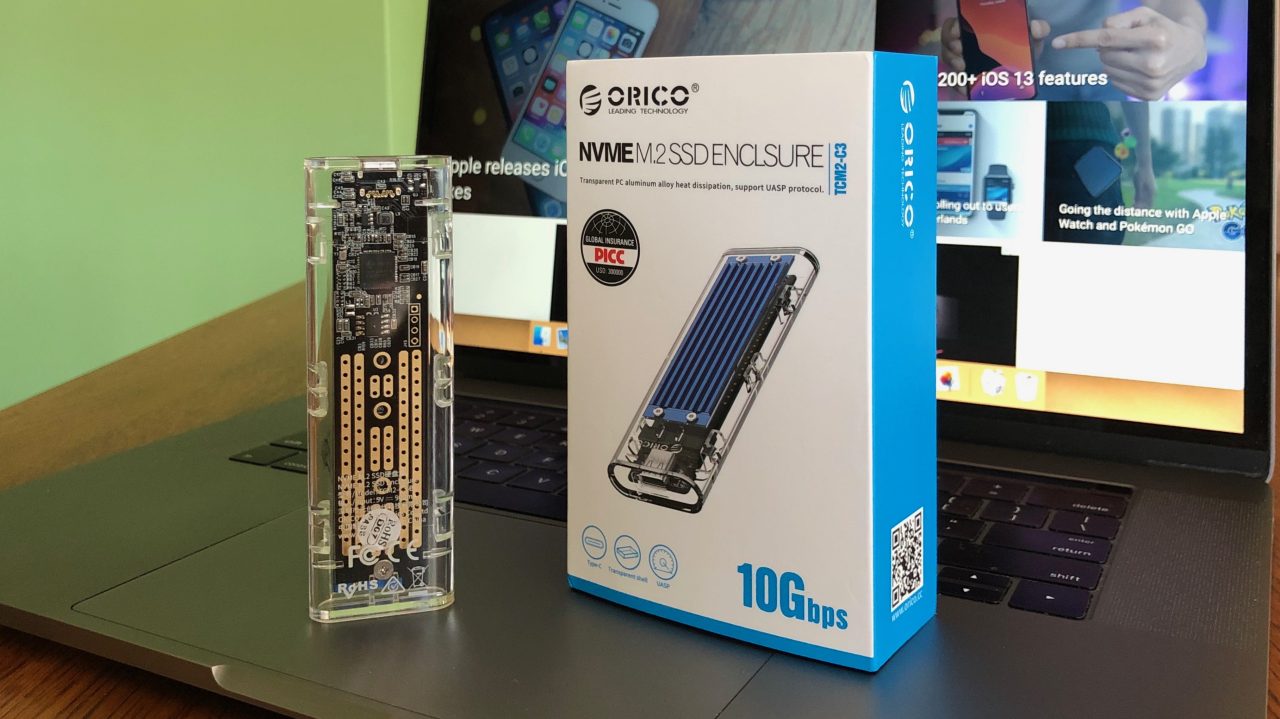 NVMe SSDs can be a nice alternative to more traditional external storage options and we’ve been testing out Orico’s recently released SSD enclosure that offers a fun, transparent design, up to 10 Gbps speeds over USB-C, tool-free use, affordable price, and more.

In addition to a neat design, this new NVMe SSD enclosure offers easy swapping of storage without requiring tools. Read on for our full hands-on look.

The Orico Transparent NVMe SSD Enclosure primarily consists of a clear plastic body that gives it a unique and fun look at the internals (particularly from the backside). Even though it’s plastic, it still has a nice build quality to it with an aluminum accent on the top that comes in four colors: blue, black, red, and silver. The aluminum is also functional as a heat sink. 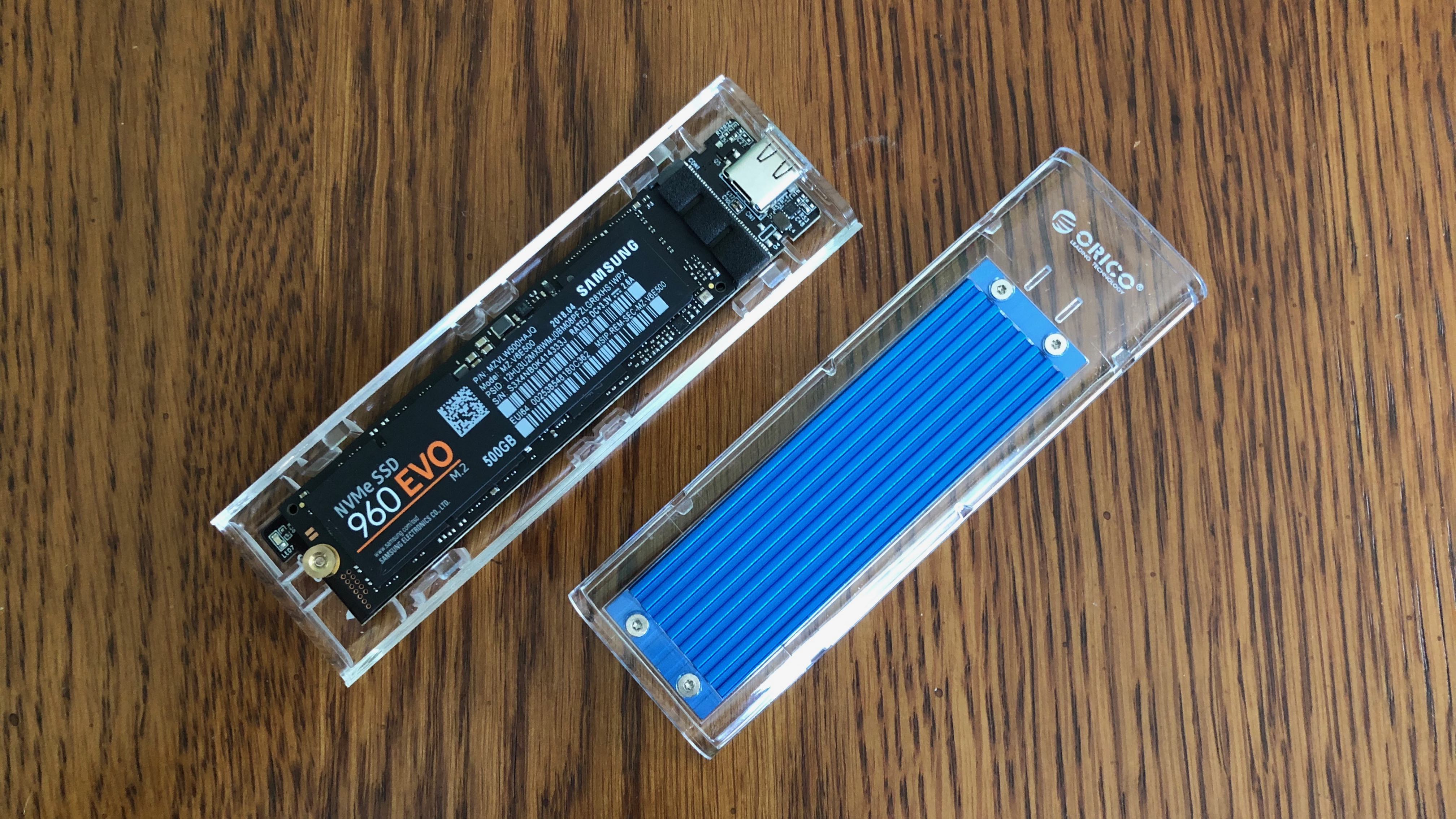 The top portion of the enclosure features a sliding design that makes it easy to open without tools. While you can technically insert an NVMe SSD and lock it into place by hand, Orico includes a small Phillips screwdriver with the enclosure, more on that in a moment.

This enclosure offers a snug fit for the motherboard and your SSD once it’s installed so that the components aren’t rattling around inside. There’s just one precise cutout on the body for the USB-C port.

Orico’s Transparent NVMe SSD Enclosure doesn’t come with an SSD pre-installed so you can choose which storage and brand you’d like to go with and swap out SSDs as needed. I tested out this enclosure with Samsung’s 500GB 960 EVO NVMe SDD. You can find M.2 NVMe SSD options ranging from $40 up to $500 depending on capacity and performance you’re looking for.

The enclosure opens up easily by placing a thumb on the bottom backside of the device, then pulling back with a finger or two on the opposite top end. Next, you can install your NVMe SSD.

While this enclosure certainly can be used tool-free, Orico uses a small Phillips screw and circular nut to secure the SSD in place on the motherboard and a small Phillips driver does come in the box. However, I found it was fairly easy to hold the screw on the underside with a finger while spinning the nut with my thumb to tighten it up by hand. It would have been nice to see a silicon peg (screw-less) solution like some enclosures use for a smoother experience, but I don’t think it’s by any means a dealbreaker. 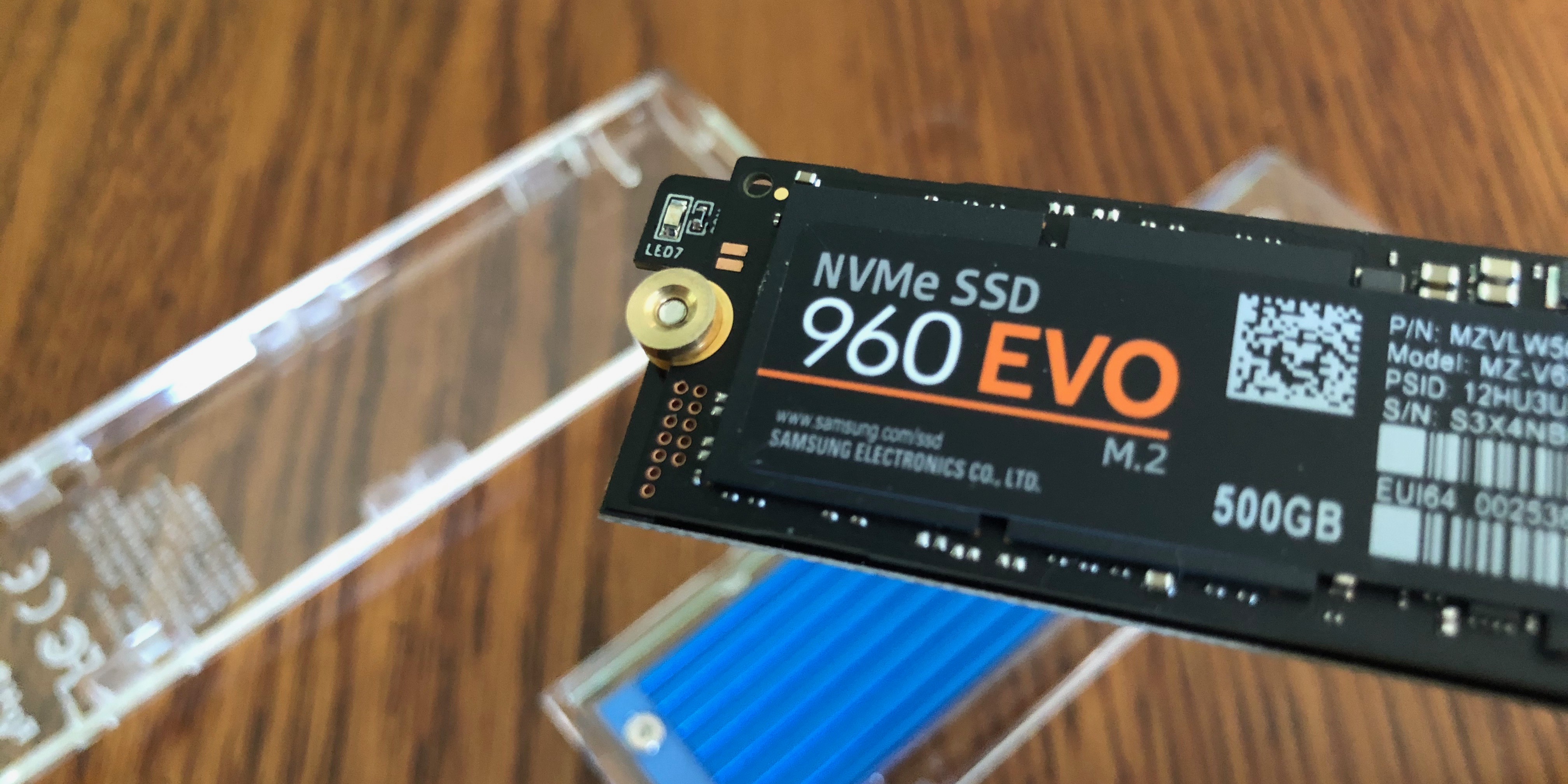 Pop the motherboard and connected SSD back into the enclosure, slide the top half back on and you’re ready to go. Orico includes both a USB-C to USB-C cable and a USB-C to USB-A cable.

I ran some Blackmagic Design speed test and saw write speeds above 1,000 MB/s (roughly 8 Gbps) and read speeds above 2,000 MB/s. Naturally, the SSD you use will play a big role in the performance you see, but the motherboard Orico uses features USB-C 3.1 Gen 2 support so it can handle transfer speeds up to 10 Gbps.

Another aspect I tested out a lot was the sliding lock mechanism of the enclosure. It uses six plastic nubs on the inside of the enclosure to lock the top portion into place. I probably locked and unlocked it a few hundred times over the last week and it still feels solid like it did when I first opened it up, so I don’t have any durability concerns there.

In the bottom corner of the motherboard, there is a blue LED indicator light to let users know about the status of the SSD.

If you’re looking for a fun and different design to mix up your peripherals, Orico’s Transparent NVMe SSD enclosure is easy to recommend at $40. While this enclosure doesn’t have many reviews yet, other products in the company’s Transparent series like the 2.5-inch SATA enclosure have 4.5/5 star averages from hundreds of buyers.

You can find the Transparent NVMe SSD enclosure on Amazon for $40 in a choice of four colors. Orico also makes a slightly different aluminum model that goes for $42. You can check out more from Orico on the company’s Amazon storefront.