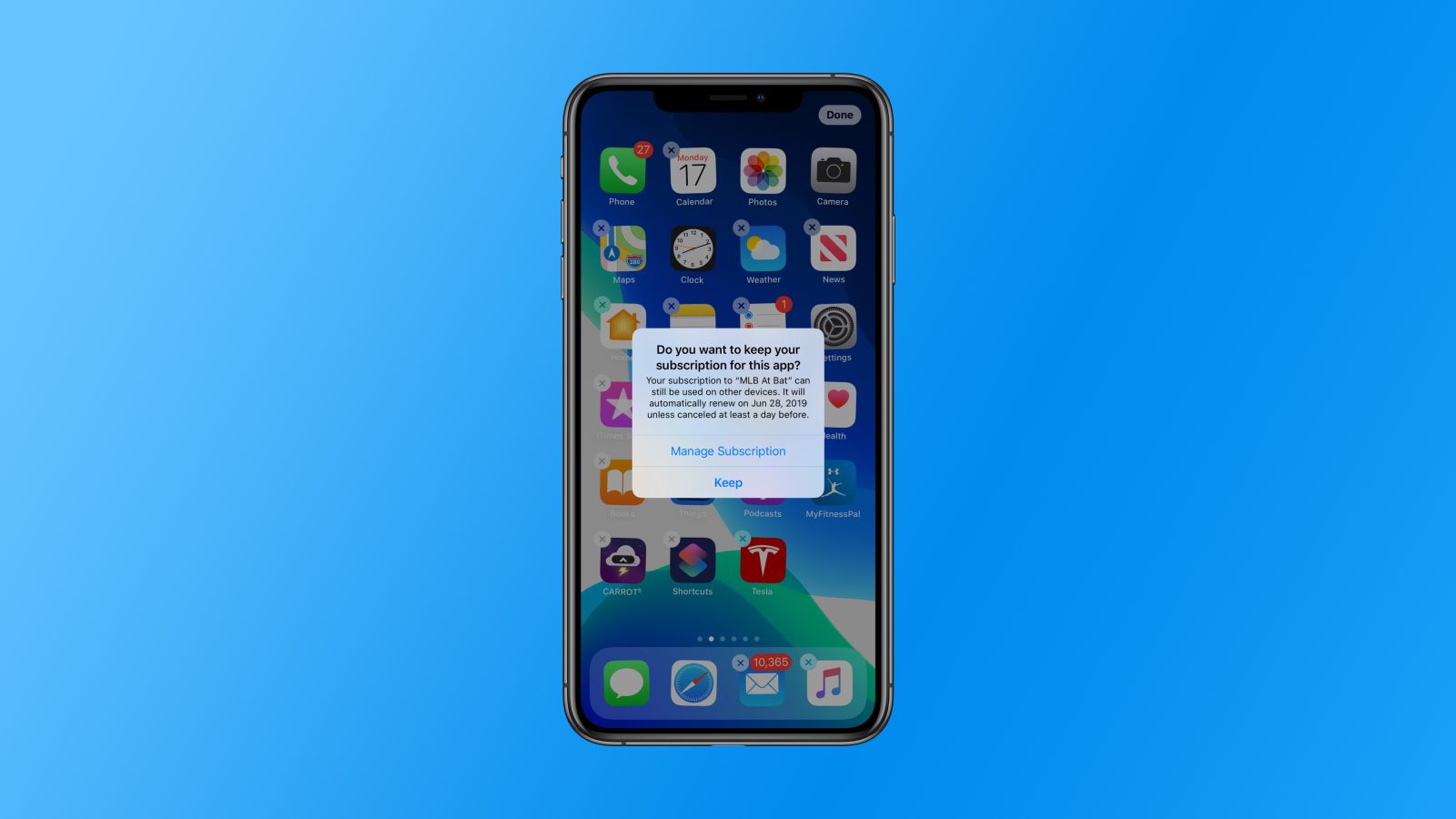 Apple has taken several steps over the last year to make users more aware of the subscriptions they’ve signed up for on iOS. Now, with iOS 13, Apple will warn users when they delete an app that still has an active subscription.

The notification also gives you the ability to quickly jump to the Manage Subscriptions interface where you can cancel that subscription.

Do you want to keep your subscription for this app?

Your subscription to MLB At Bat can still be used on other devices. It will automatically renew on Jun 28th, 2019 unless canceled at least a day before.”

Never seen this alert before – Apple now tells you if an app you're deleting has a subscription still active. Good move.