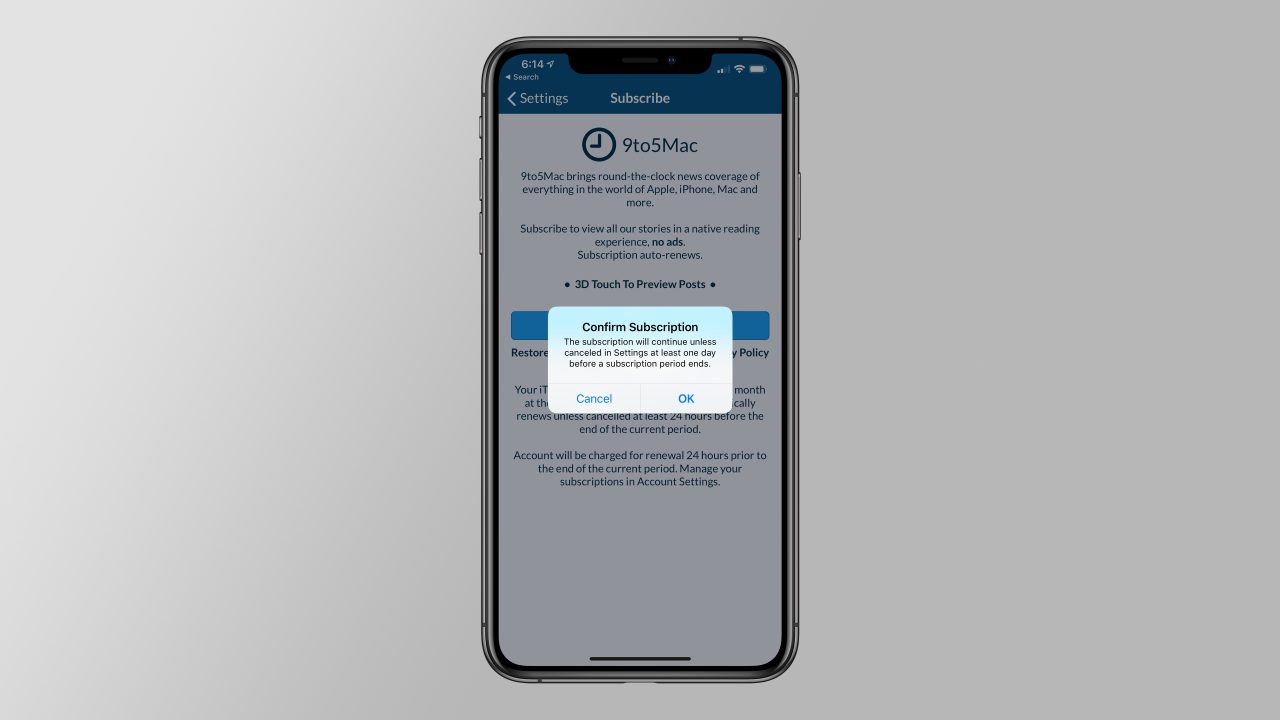 Seemingly in an effort to combat the ongoing problem of accidental App Store subscriptions, Apple has added an extra step to the subscription process in the App Store. Apple will now present users with a “Confirm Subscription” popup before finalizing the details.

This change was first noted by developer David Barnard on Twitter this afternoon. Starting sometime in the last week, Apple has added an additional step to the subscription process. After you authenticate via Touch ID or Face ID, you’ll see a pop-up asking you to confirm your subscription:

The subscription will continue unless canceled in Settings at least one day before a subscription period ends.

Apple has taken several steps to counteract problems with hidden and devious subscriptions in iOS apps. Earlier this year, the company revamped documentation for app subscriptions, explaining that developers must clearly present the subscription price and other details.

The new confirm subscription step rolled out sometime in the last week, making it an unusual change that wasn’t included in a standard update to iOS. Nonetheless, it’s great to see Apple making things clearer for iOS users. What do you think about this change? Let us know down in the comments.