Apple appears to crack down on deceptive in-app subscriptions, pulling apps that ‘may mislead or confuse’ 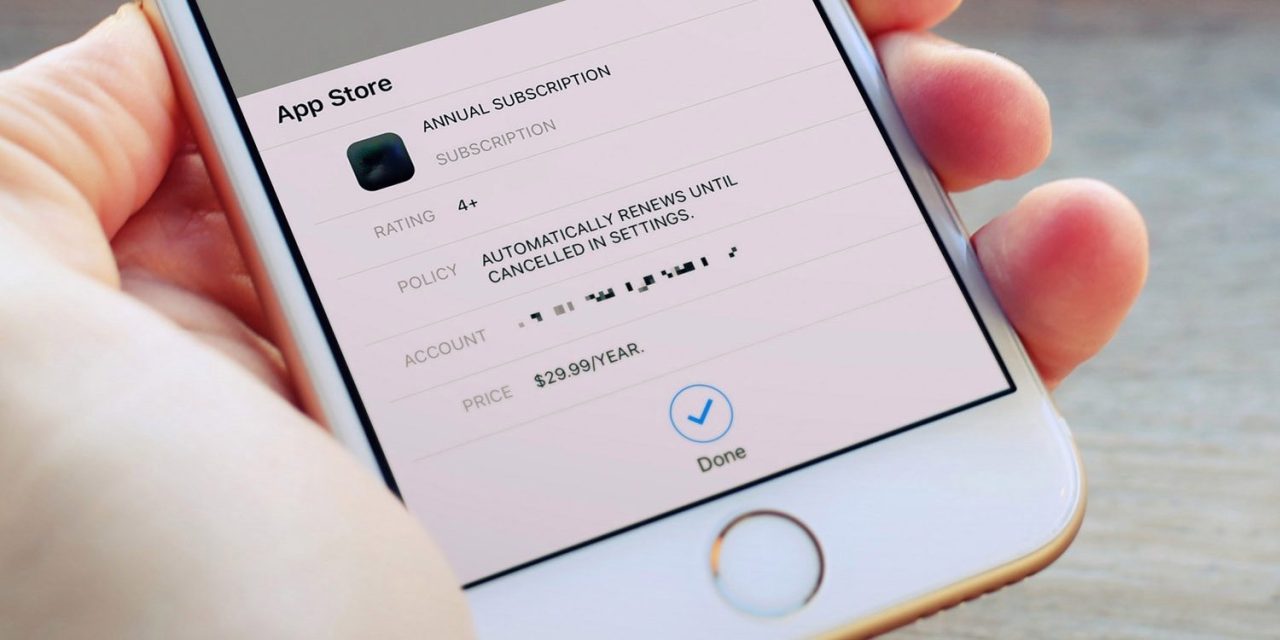 Seemingly in response to a recent spotlight on scammy apps that aim to confuse users in taking up free trials that turn into expensive recurring subscriptions, Apple is reassessing and pulling apps with highly priced subscriptions (via Forbes).

In particular, Apple appears to be rejecting apps that prominently feature buttons to start free trials … which attempt to hide the reality that the free trial will convert into a costly recurring subscription when the trial ends.

The free trial button is a common tactic used by apps to increase conversion rates. It seems like if these apps want to get back into the store, they will need to clearly feature the price of the subscription. Apple’s new hard line does not appear to allow the real price to be significantly smaller than the free trial advertisement.

Apple hasn’t commented publicly on its policies, and has not updated its App Review gudelines since this issue came back into the public spotlight. However, language included in an update to the guidelines in June clearly defined these kind of practices as being disallowed:

Albert Renshaw posted a screenshot of his app’s newfound rejection on Facebook.

He also included a screenshot of the app before it was removed from the store. You can see how the bright green free trial button dominates everything else on the payments screen. The real cost of the app — $4.99 per week — is displayed in much smaller text beneath the button.

The app is now being re-submitted with a revised payment screen (embedded right) that puts the recurring price front and center. It remains to be seen whether this change will be accepted by App Review.

It should be relatively straightforward for Apple to cut down on abuses of the subscription system, simply by looking for apps with high subscription tiers that are earning lots of revenue. It’s just common sense that most utility apps do not warrant weekly subscriptions. Going forward, You’d also hope that app review is more careful when assessing new submissions.

It’s worth reiterating that most of the bad apps highlighted in the previous reports, like the QR code scanner that would charge users $5/week, have already been removed from the App Store.

In future, it would be nice to see even more steps from Apple like automatically offering to cancel subscriptions when an app is deleted from the home screen. The Manage Subscriptions is also buried several layers deep in the current iOS design. This could be improved to make it easier for users to know what they are paying for.