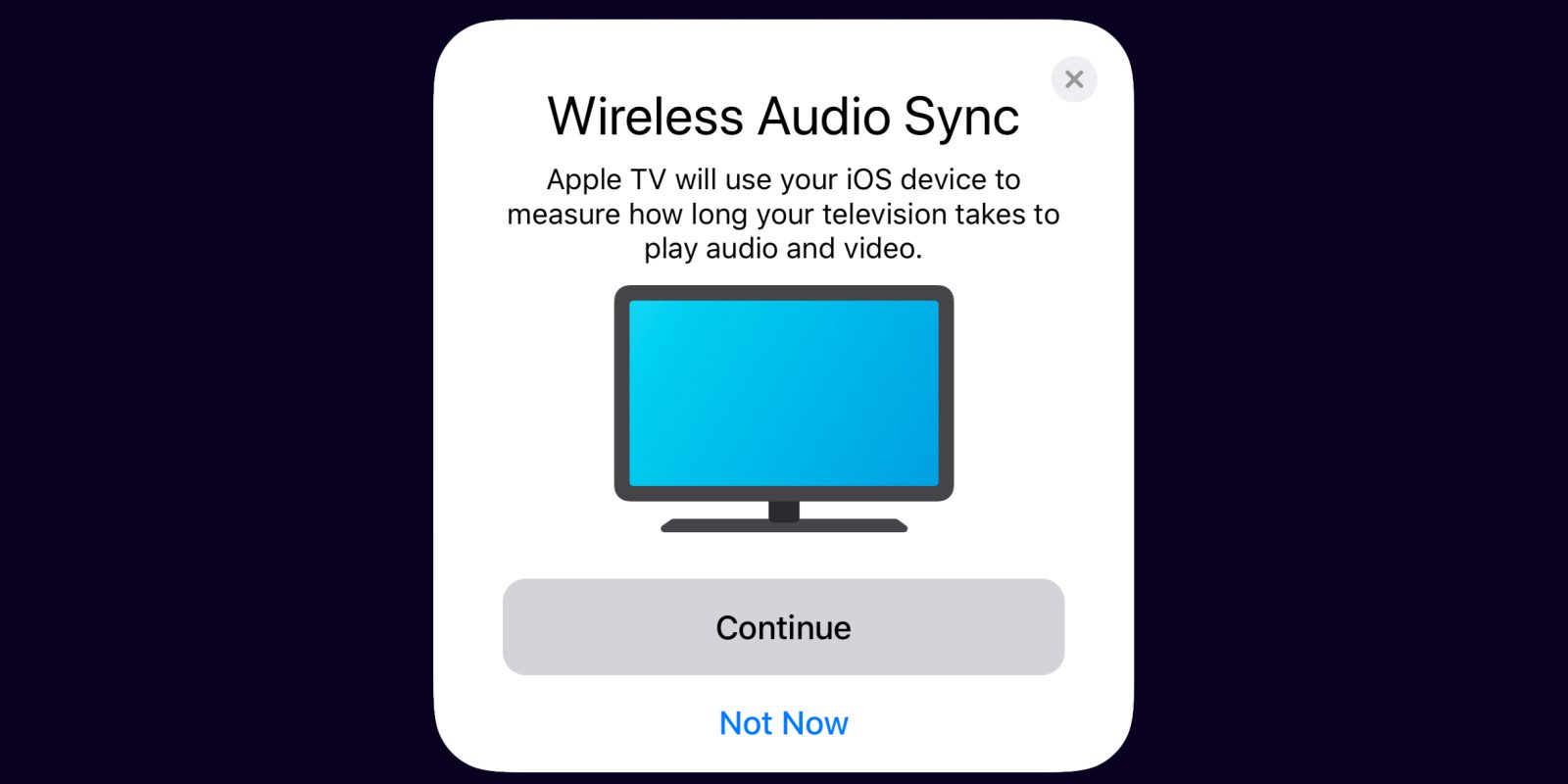 iOS 13 beta 2 dropped last night with the usual bevy of changes. tvOS has had several surprises, including the addition of Picture-in-Picture video for the TV app. There’s also a new feature that requires iOS 13 and tvOS 13: Wireless Audio Sync.

If you have an Apple TV, particularly when connected to a secondary speaker system, then you can be afflicted by a common AV issue: unsynchronized audio.

The video signal is processed by the TV at a slightly different time than the audio is transmitted from the speaker system. This leads to a delay where the audio is out-of-sync to the video frames, often noticeable by looking at an actor’s lips move … but hearing the words a beat later.

Depending on your exact setup, the magnitude of this lag can differ. This means the Apple TV cannot correct for the offset on its own.

However, with iOS 13 and tvOS 13, Apple aims to combat this problem. You can enter a new configuration step called Wireless Audio Sync. This is initiated by pressing a button in the Apple TV settings.

You can then use any iPhone or iPad on iOS 13 to start the process; a notification appears on nearby devices. When you tap the notification, the flow appears as popup-cards on your iOS device, similar to the interface for pairing AirPods or a HomePod.

As part of the process, the Apple TV will play a series of tones. The iPhone then measures how long it takes to hear the sounds. This calculation is then saved on the Apple TV.

The tvOS operating system can then send audio earlier or later using the time offset it calculated from the Wireless Audio Sync data, thereby synchronizing audio and visual outputs.

Wireless Audio Sync only needs to be performed once. If you change your TV or audio equipment, you may need to go through the steps again, as the inherent delays may have changed.