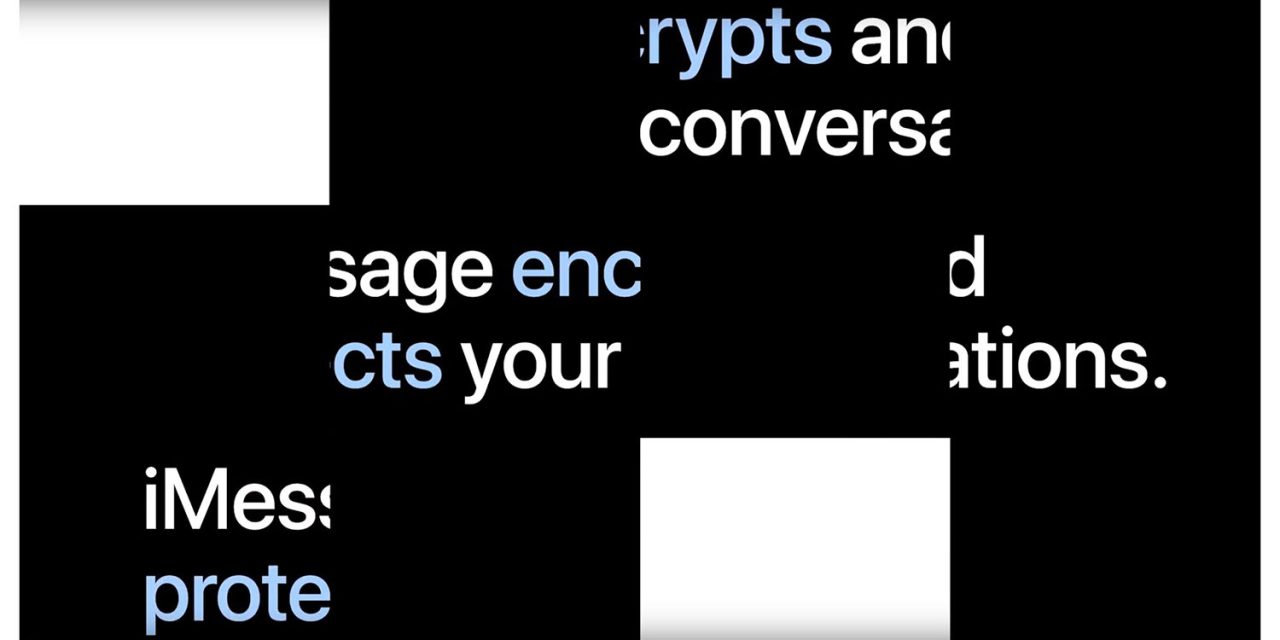 The latest Apple ads carry messages aimed to showing the company caring for both consumers and the planet.

There are three short video ads, each just 16 seconds long, and you can watch each of them below …

Each video was posted to Apple’s Australian YouTube channel, and will likely be added to its main channel later today.

The first is entitled App Store Privacy, making the point that all apps are reviewed by Apple to keep malware out. It comes not long after a University of Sydney study found the Google Play Store had thousands of counterfeit apps – ones designed to fool Android users into downloading them instead of popular apps. Of these, more than 2,000 contained malware, and over 1,500 asked for at least five extra permissions which would compromise user privacy.

Apple’s privacy ad is very basic, not exactly hitting Apple’s usual standards for either creativity or execution, but it does at least make the point.

Apple continues to push privacy as a core differentiator from Android, with Sign in with Apple its latest initiative, in iOS 13.

The second points out that iMessage encrypts your conversations. It too is really basic, not even noting that the encryption is end-to-end (so even Apple can’t read your messages), but the execution is at least a little more fun, showing parts of the message moved around like a sliding puzzle.

Apple was one of a number of tech companies to last month condemn a UK security service proposal to bypass end-to-end encryption by secretly adding law enforcement to iMessage chats as an invisible participant. This so-called ‘ghost proposal’ would be technically possible given the way iMessage chats support multiple devices, but Apple says that it would create security risks as well as ‘threaten fundamental human rights.’

The final one is called Material Recycling. This is arguably the best of the three, making the point well in a very short time, in a fun video in which parts of one slide are recycled into elements of the next.

We learned last month that even AirPods can be recycled, despite the limited amount of material in them.

The short clips follow an absolutely stunning Shot on iPhone XS video released yesterday, in which various water effects are used to create beautiful abstract scenes. While it required some rather sophisticated equipment, as seen in the accompanying ‘behind the scenes’ video, the captures themselves appear to have required nothing bar the iPhones.