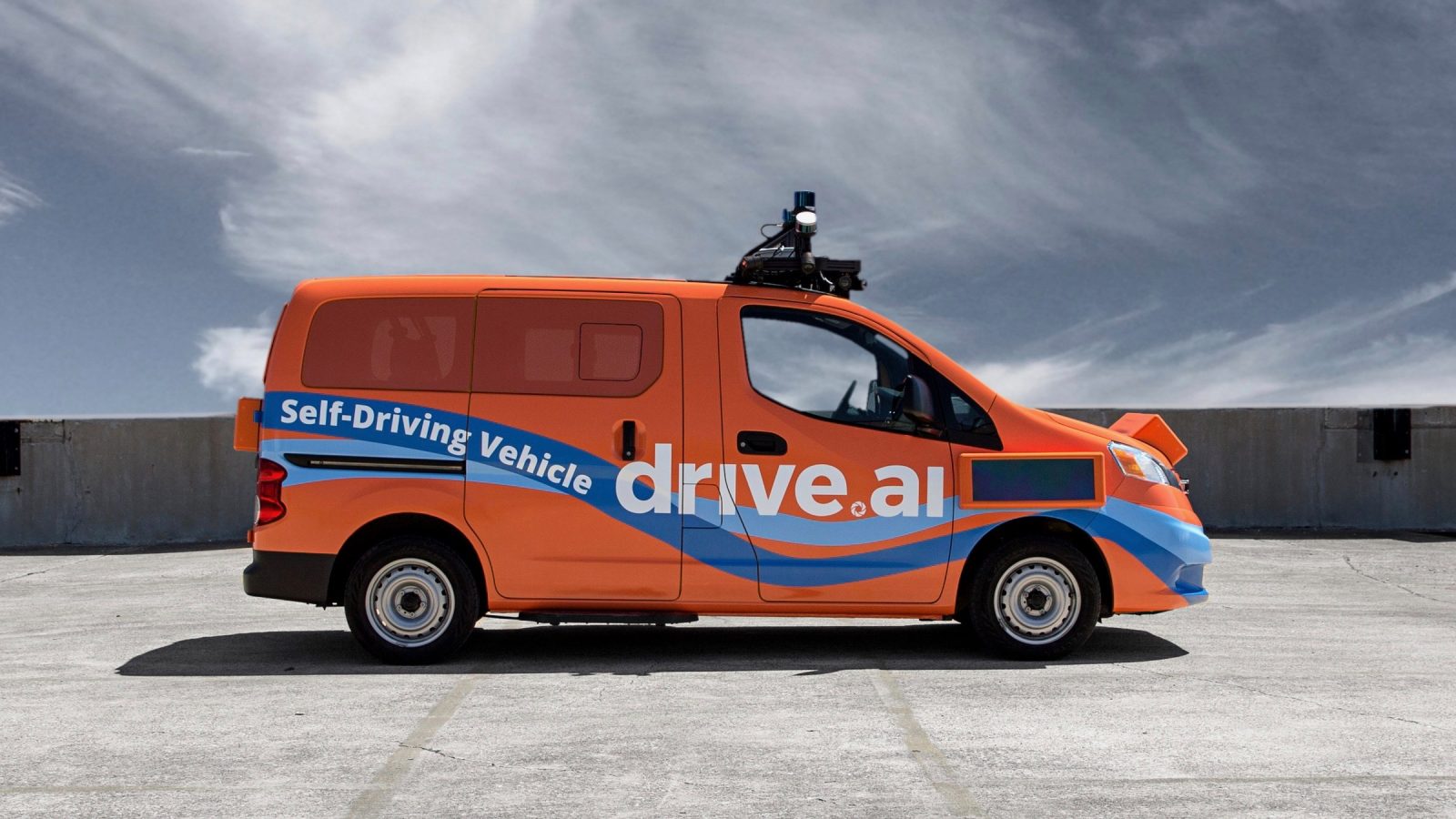 Update: Apple has confirmed to Axios that it has acquired Drive.ai. In the process, it has hired dozens of self-driving engineers, most of which will work on engineering and product design.

According to a new report from the San Francisco Chronicle, Apple has hired a “handful” of hardware and software engineers from self-driving car startup Drive.ai – which is planning to close its doors later this week.

So far, Apple is said to have hired five engineers from the startup. According to LinkedIn profiles, four of the five are working on “special projects” at Apple, including data, systems, and software engineering.

In a regulatory filing, Drive.ai general counsel Thomas Yih wrote that the startup will close its offices on Friday, cutting its CEO and other executives in the process. However, in that same filing with California regulators, however, Drive.ai said that its situation could change – leaving the door open for a possible acquisition:

Drive.ai plans to close its Mountain View office by Friday. The cuts include chief executive officer, Bijit Halder, and its directors of finance and robotics, a company official said in a June 12 letter sent to California’s Employment Development Department.

The notice said the company’s situation could change “due to subsequent events beyond Drive.ai’s control or current knowledge,” wrote Thomas Yih, the company’s general counsel. Yih did not respond to a request for comment.

Drive.ai was unique in the autonomous vehicle industry because it focused on creating kits that turned regular cars into autonomous ones. The company was last valued at $200 million just two years ago and had planned to partner with companies such as Lyft.

Earlier this year, Apple’s autonomous vehicle team went through its own round of layoffs. Apple cut over 200 employees from its Project Titan team due to what it called “restructuring.” On the other hand, Doug Field returned to Apple’s Project Titan team last year after a brief stint at Tesla. Bob Mansfield came out of retirement in 2016 to lead Project Titan.