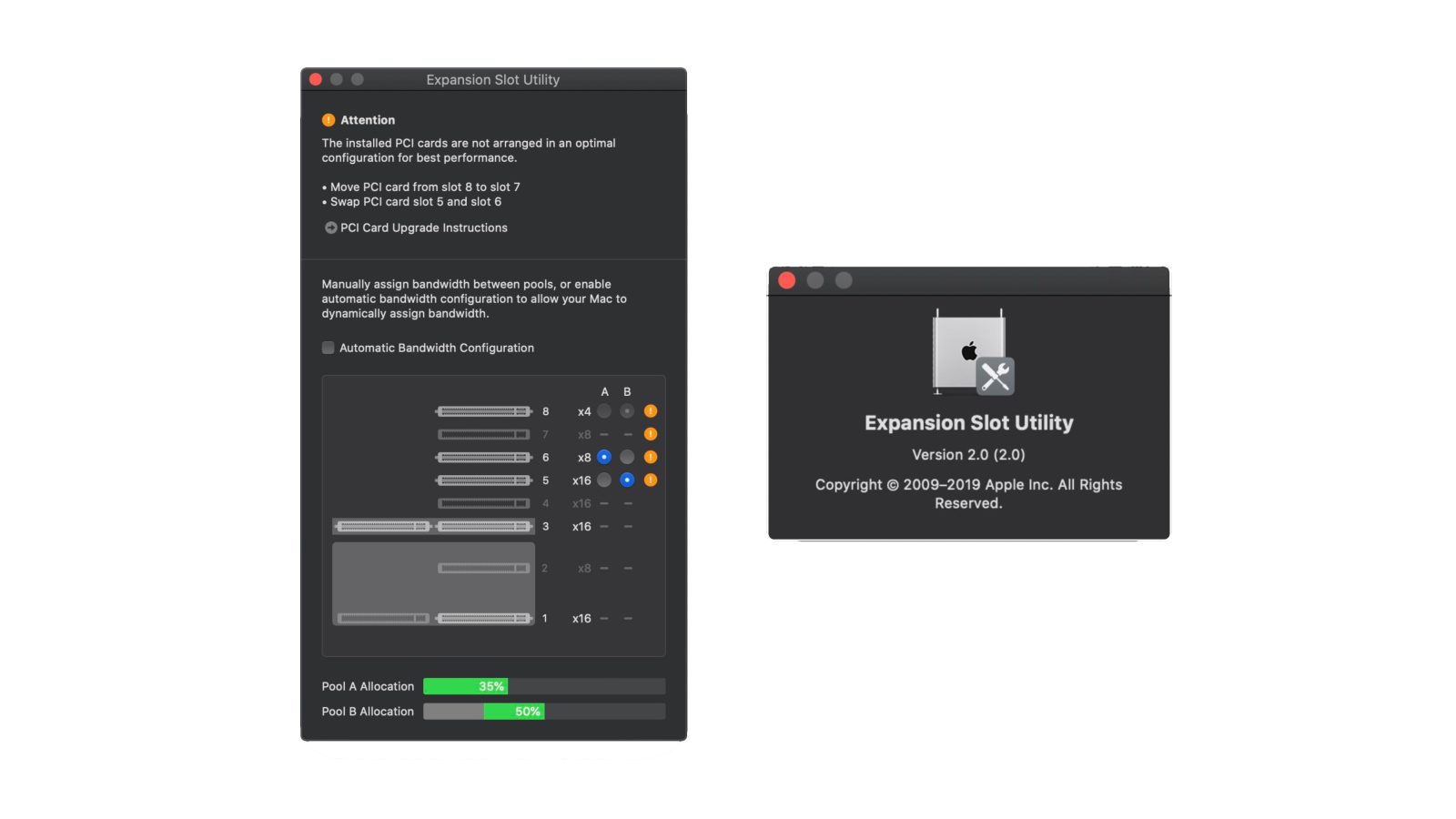 At WWDC 2019, Apple unveiled its new modular Mac Pro, slated to be released later this fall. Hidden in the second developer beta of macOS Catalina is the return of the Expansion Slot Utility application, which allows users to manage the PCI expansion options of the Mac Pro.

Expansion Slot Utility was originally available on the early Intel-based Mac Pros, but support for the app was dropped with the 2008 revision. This was because the early 2008 model of the Mac Pro did not have a configurable PCIe setup as all lanes had fixed assignments.

The app will also tell users when their installed PCI cards are not arranged in a configuration that will produce the best performance. In this case, Expansion Slot Utility will offer suggestions on where to move specific cards in order to improve performance.

Alternatively, each MPX bay can support:

The new Mac Pro will be available later this year. Read more about it and macOS Catalina at the links below.