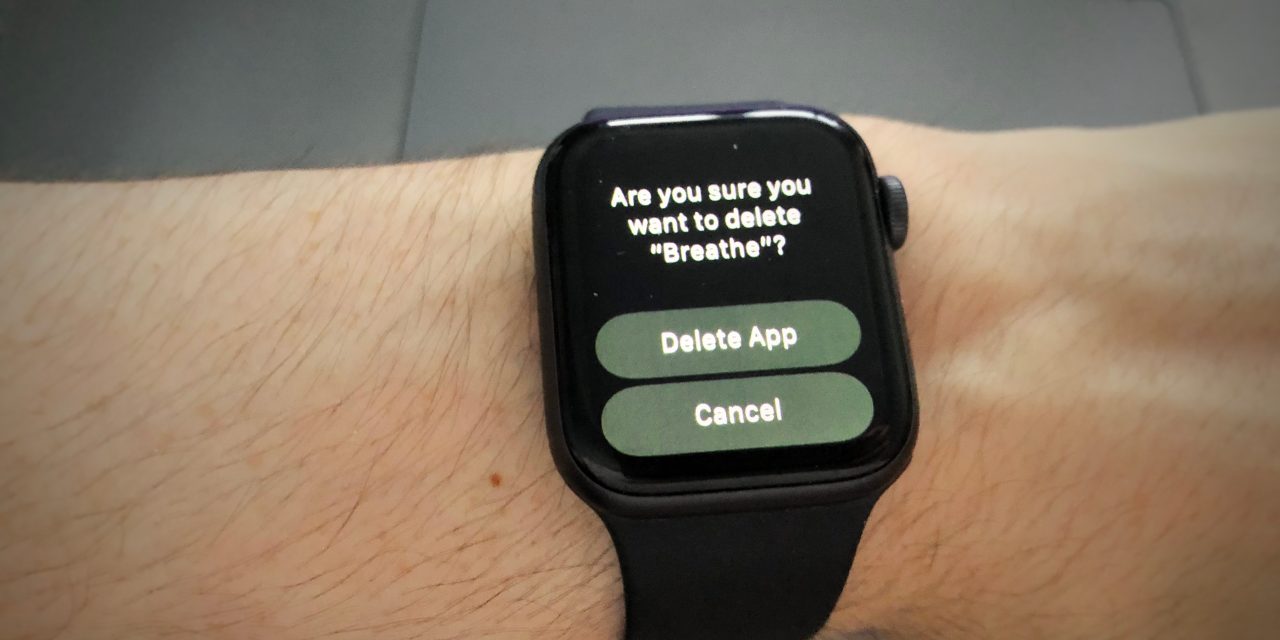 With the release of watchOS 6 beta 3, Apple Watch owners are now able to delete (some) stock apps from their devices, allowing users to clean up their honeycomb grid home screen of apps for the first time.

The addition of this feature was reported by TechCrunch last month but the behavior was not yet functional in the beta 2 seed. As of the beta 3 software released a couple of hours ago, this is now possible.

To delete apps on Apple Watch, ensure you are in grid view and just hold-down on an app icon to enter jiggle mode. Apps that can be deleted are adorned with (x) buttons.

Not all of the built-in apps can be hidden. In the current beta, Camera Remote, Noise, Timer, Stopwatch, Alarms, Breathe, Walkie-Talkie, Cycle Tracking, ECG, Remote, Now Playing, and the Radio app are deletable.

If an app is deleted, it can be redownloaded again through the Watch App Store.

It is possible Apple allows some other stock apps to be removed by the time that watchOS 6 is released to everyone in the fall.