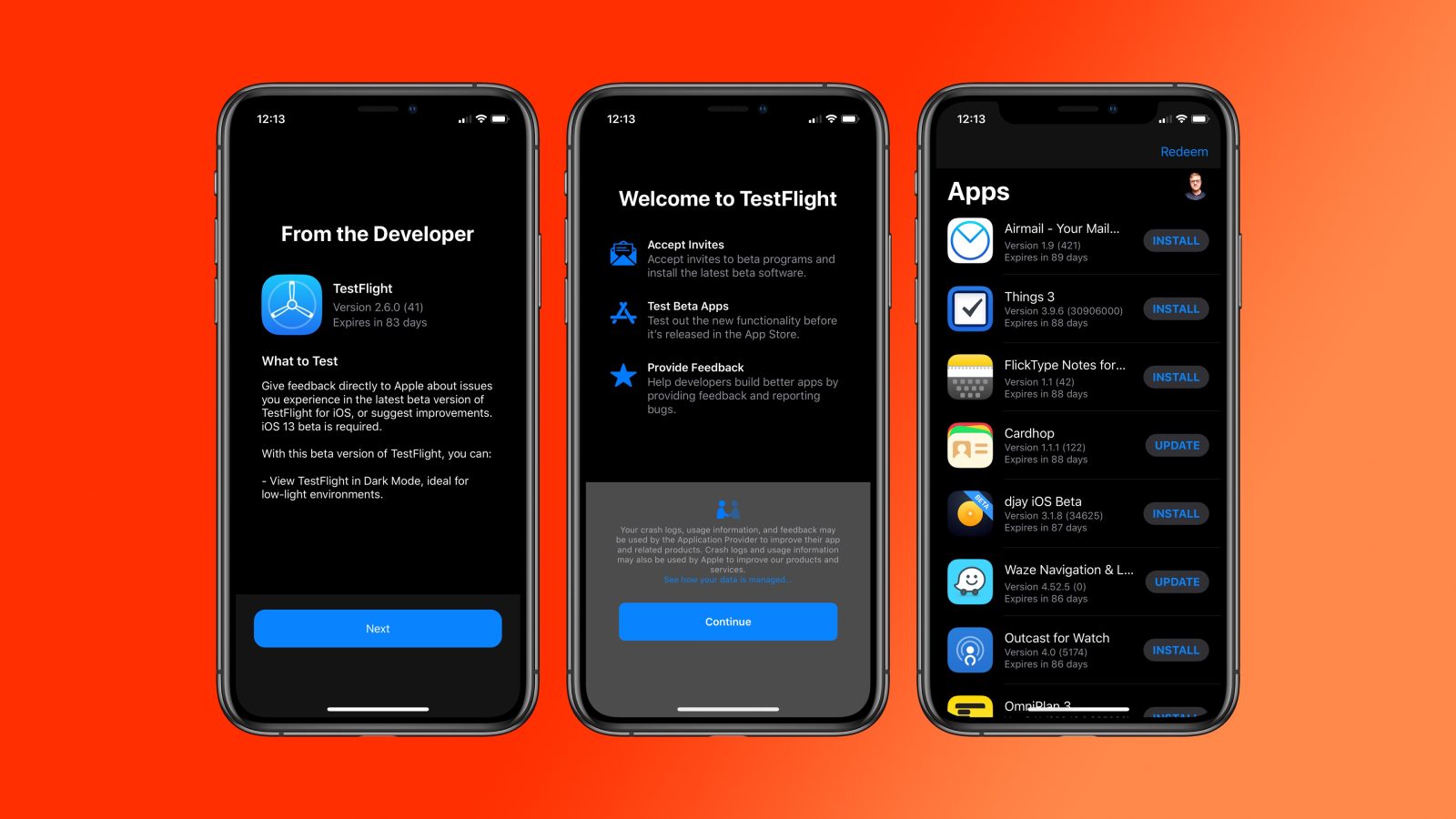 Apple today has released a new beta version of its TestFlight app for iOS. The update includes support for Dark Mode ahead of iOS 13 and iPadOS 13, which include a new system-wide Dark Mode interface.

With the version 2.6 build of TestFlight, the new Dark Mode interface is enabled automatically if you have the system-wide Dark Mode setting enabled. On a system-wide basis, you can manually enable iOS 13’s Dark Mode, or schedule it for certain times of day. Learn more in our full guide.

In the lead up to iOS 13 and iPadOS 13 being released to the public this September, we should expect many apps to start testing Dark Mode interfaces. While some apps already offer Dark Mode support, they’ll need to be updated to automatically show the interface when the system-wide setting is enabled.