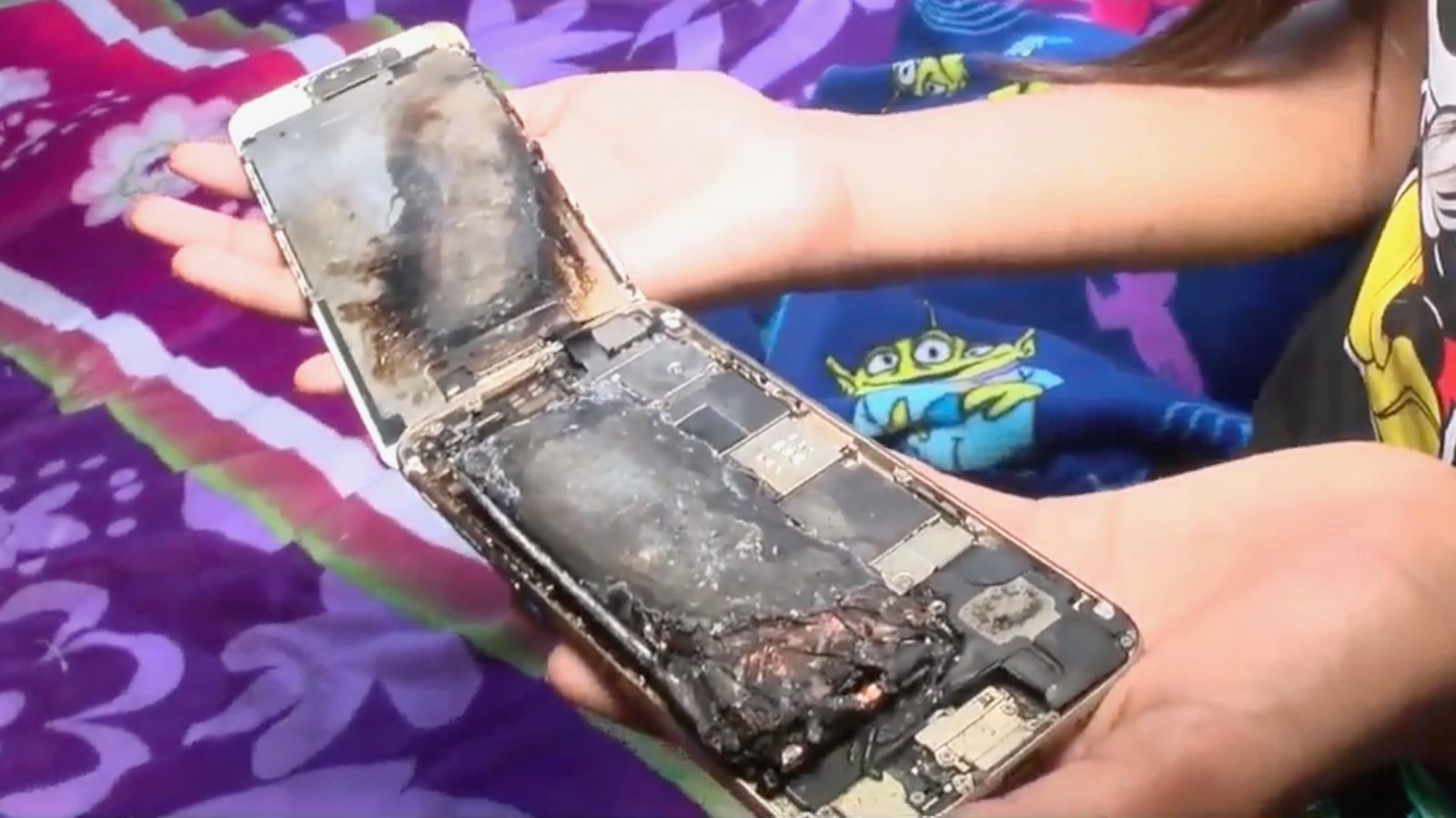 An 11-year-old girl from California claims that her iPhone 6 recently caught fire. Kayla Ramos says that she was holding her iPhone in her hand when she saw sparks and threw the device across the room.

As detailed by 23ABC, Ramos said that the iPhone 6 burned holes in a blanket once she threw it. She added that she generally only uses the device to watch YouTube videos:

“I was sitting down, and I had my phone in my hand and then I saw sparks flying everywhere and I just threw it on a blanket,” said Ramos. “I was right here on the bed and the phone managed to burn through this blanket and make these holes,” said Ramos.

Ramos says she used her iPhone 6 to watch YouTube videos and occasionally lets her younger siblings play games with it.

Kayla’s mother, Maria Adata, said she reached out to Apple and was instructed to ship the phone to a service center. Apple will also reportedly provide the family with a new phone and investigate the cause of the explosion. Apple itself has not publicly commented on the situation, though.

Apple generally says that there are several things that may cause iPhones to catch fire, including using unauthorized charging cables and aftermarket repairs. In Ramos’ case, however, the family says that that neither of those apply to their iPhone 6.

This isn’t the first time that we’ve seen an iPhone catch fire. In some cases, the fire his caused by overheating because it was placed under a pillow. Two years ago, a viral video on Twitter claimed to show an iPhone 7 Plus catching fire. In December, an Ohio man said that his iPhone XS Max caught fire and exploded in his pocket.

Details of Ramos’ case remain unclear, but we will be sure to update if Apple publicly comments on the cause of the explosion.