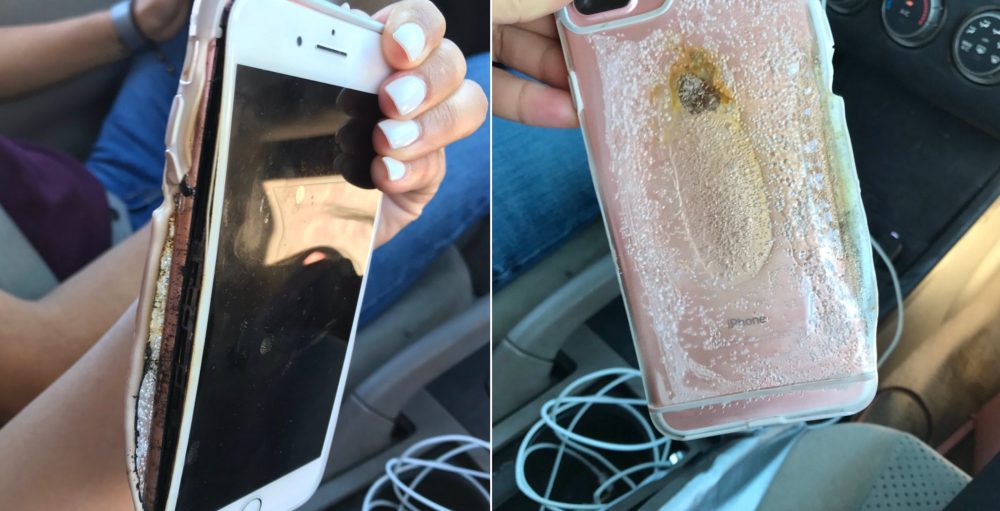 Making the rounds on Twitter recently has been a video of a smoking iPhone 7 Plus. The video, shared by Brianna Olivas, shows the device burning to the point that the case is melting away and smoke is erupting from the side of the device.

Now, Apple has responded to the viral video…

For her part, Olivas explained that she started experiencing problems with her iPhone 7 Plus the day before the device “blew up.” She says that the device wouldn’t turn on so she took it to her local Apple Store, where employees concluded that everything was fine after running a series of tests. The device then started functioning again.

The next morning, however, is when things went wrong. Olivas told Mashable that she was asleep with her phone charging when her boyfriend picked it up and noticed the smoking a few seconds later.

“The next morning I was asleep with my phone charging next to my head, my boyfriend grabbed the phone and put it on the dresser. He went the the restroom  and from the corner of his eye he saw my phone steaming and heard a squealing noise.

Olivas says that she has since turned the phone over to Apple, who is testing it and expects to know more within a week or so.

This isn’t the first time we’ve heard of an iPhone catching fire, but cases in the past have generally been due to something like the phone overheating because it was under a pillow or in a pocket. While it’s possible that this was the case with Olivas’s, the inclusion of a video gives her claim a bit more weight than others. Some users on Twitter have pinned the problem on the “liquid case” Olivas was using, but she claims that she was using on such case.

Nevertheless, there’s no evidence at this point that proves what Olivas experienced is part of a widespread problem. Given the recent Note 7 debacle, there’ been an increased focus on smartphones catching fire, but this is nothing of that magnitude.

View the video, which has already racked up more than 1.26 million views and 18,000 retweets, below:

So my IPhone 7 plus blew up this morning 🤗 was not even using it, literally no explanation for this pic.twitter.com/sQ8CJt4Y69