Comment: Carrier is the ‘can’t miss’ podcast of the summer 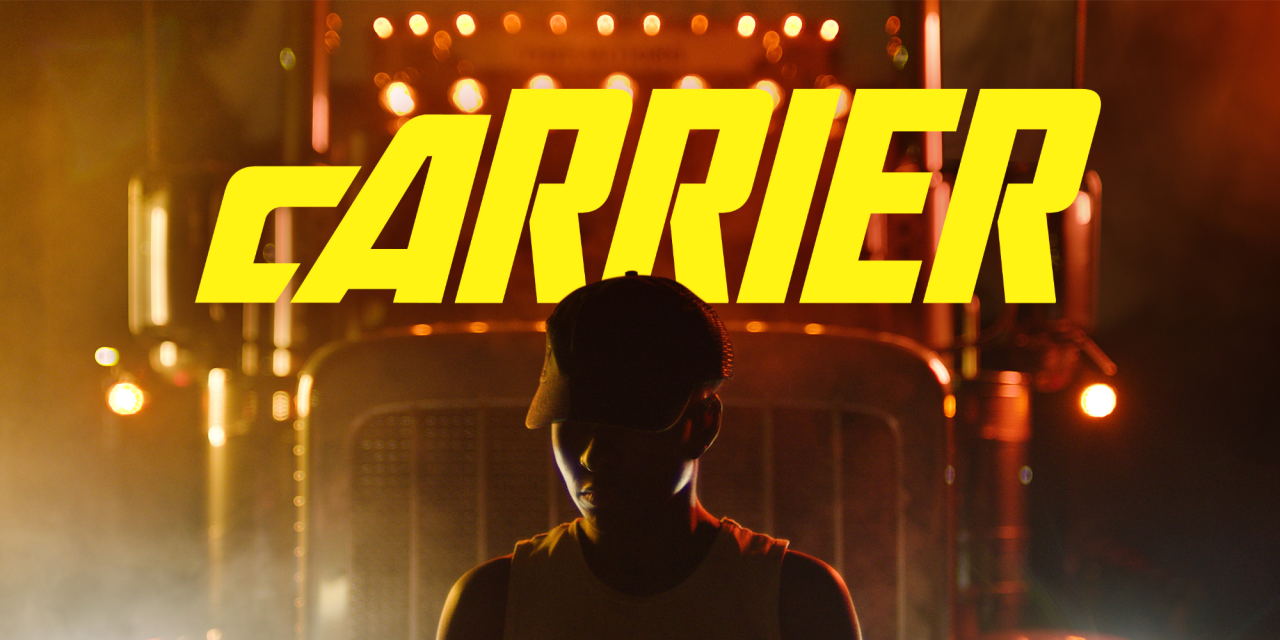 I’m very passionate about the podcast industry. I believe it’s the most exciting medium for sharing content on the market today. The technology to create a show is accessible to all, the technology to listen to shows is available for smartphones and even Apple Watch (listening to podcasts while running was one of the main reasons I bought an Apple Watch). I was recently at a local running event, and afterward, everyone met up at a burger place to consume the calories we just burned. The conversation quickly turned to “what are your favorite podcasts” at the moment. Listening to podcasts is no longer a niche thing. It’s become mainstream. Over the summer, I found a show that has completely sucked me in, and it’s doing something pretty unique. I’m talking about Carrier. Before I realized it came out on Tuesdays, I would check Overcast every morning to see if a new episode had been released.

What happens when a truck driver picks up a loaded trailer, but has no idea what’s really inside? Tony, Grammy, and Emmy award winner Cynthia Erivo journeys down a dark and lonely highway in this original scripted thriller from QCODE and creator Dan Blank. With immersive audio techniques that create a dimensional listening experience, the audience is strongly advised to use caution, wear headphones if possible, and listen… carefully.

Carrier was written and directed by Dan Blank and produced and distributed by QCODE. After listening to the first three episodes of Carrier, I reached out to the team to learn more about them. During our conversation, I discovered that QCODE also developed and produced Blackout which I was obsessed with earlier this spring. What I love about shows like Blackout and Carrier is they are expanding the medium into a direction that is more than just technology shows (which I love) and political gabfests (which I also love). While there have been several episodic shows previously (I loved We’re Alive), listening to Carrier is a completely different experience. Since I discovered what a neat experience listening to it was, when new episodes are released, I completely zone in and listen to it instead of listening while cleaning, cooking, etc. It’s that good.

In talking with the team at QCODE, I learned that they are a startup based in Los Angeles. The team (Rob Herting, David Henning, Tess Ryan with support from partners at film production company Automatik and management firm Grandview) comes from the entertainment industry already, so they were able to leverage those connections when finding talent for the show.

Cynthia Erivo plays the main character, and she does amazing working on the show. QCODE’S ambition is to make movies for your ears. They’re aiming to do that by working with top sound engineers and designers — on Blackout they worked with Brandon Jones (A Quiet Place). On Carrier, QCODE teamed up with Dan Blank and frequent collaborators Jamie Schefman and Noah Gersh at Salt Audio (also worked on Blackout) who engineered, composed and mix/mastered and Sam Plattner for sound design.

During the planning for the show, Dan Blank went to the middle of the US and drove the route the show takes place on. He wanted to record live sounds, see what the characters would see, talk to the people along the way, and just get a feel for how the characters would feel. During recording, the entire cast was brought together so they could play off each other during recordings. This is a cast that includes Lamorne Morris (New Girl), Martin Starr (Silicon Valley), Elliott Gould (M.A.S.H.), Lance Reddick (The Wire, John Wick), Robert Longstreet (The Haunting of Hill House), Steve Howey (Shameless), Dale Dickey (Hell or High Water), Byron Bowers (The Chi), Oliver Cooper (Project X), Joel McKinnon Miller (Brooklyn Nine-Nine), Nate Torrence (Zootopia), Chris Ellis (Transformers) amongst others.

Rob and Dan mentioned the cast loved doing the show as it was something completely different from what they had done before. If you think about fiction-based podcasts as an entertainment medium, it opens up a whole new world for actors, actresses, writers, audio engineers, etc. After the shows were recorded, the production process began to take place. I am not joking when I say that listening to the show on headphones is akin to watching a movie in 7.1 surround sound. It’s an immersive experience. Do not listen to it in the car. Take the time to use headphones.

As someone who loves the industry, I am always curious about the business aspects of podcasts. The team at QCODE is helping to spread the word about the show and is working with the marketing team at Apple Podcasts as well.

Listen very carefully… episode 3 of Carrier starring @CynthiaEriVo is out now. 🚚 Put on your headphones and get lost in this immersive scripted show. 🎧 https://t.co/OmkBn5GMlA pic.twitter.com/9ZMmylwIPC

I love the @ApplePodcast Twitter account as they do a really job good of exposing new shows. Rob and Dan also mentioned the cast has been great in helping spread the word as well. Previously, Apple helped spread the word about Blackout as well. Apple loves podcasts, and they want to see the medium flourish.

When I asked QCODE about their plans for the future, they mentioned they’d like to do ten or more shows a year (two more are already set for release in early fall) and in a wide variety of genres. They’re working with advertisers (Sonos was a sponsor of Blackout, on which QCODE had partnered with Endeavor Audio) to help fund the shows. One fun challenge they mentioned was finding ways to have ad slots in a show like Carrier. I am fine with a quick break to promote the sponsor, but I do see the benefit of running it at the beginning.

Do yourself a favor and subscribe to Carrier. It’s available on Apple Podcasts, Overcast, Spotify, Pocket Casts, Castro, or via RSS. Pour a cup of coffee, turn off the TV, and experience something completely new. Once you finish (or catch up), check out Blackout. If Carrier is any indication of the level of polish we can expect from QCODE in the future, good things are certainly ahead.