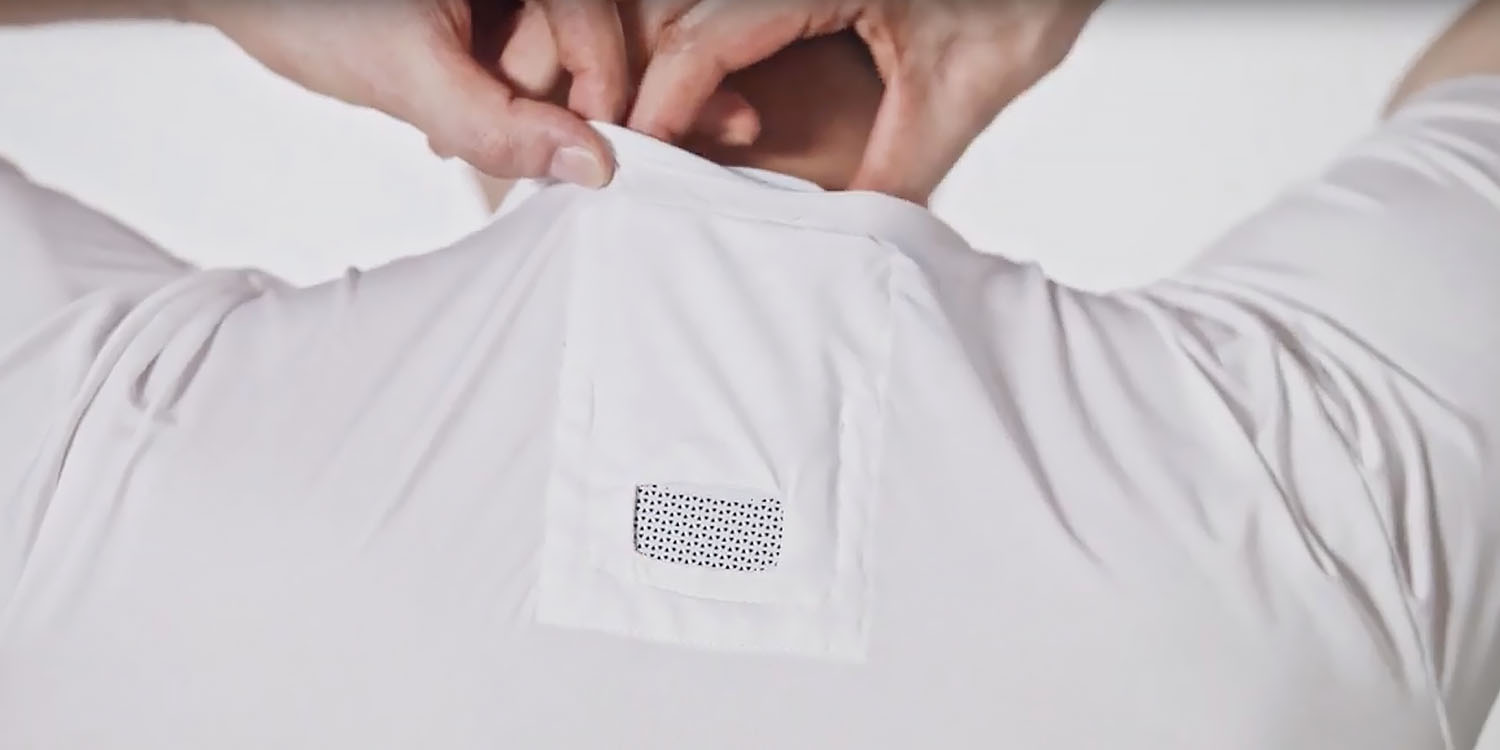 The Reon Pocket is a compact unit that slips into a pouch on the back of a special t-shirt. It was offered through Sony’s First Flight crowdfunding program, which aims to see which product ideas generate enough demand to make them viable, and is now fully-funded.

The stealthy device doesn’t condition the air as such. Rather, it sits at the base of your neck and uses the Peltier effect (where heat is absorbed or emitted when you pass an electrical current across a junction) to either lower your temperature by 23F or raise it by 14F, all without bulk or noise. You could wear a stuffy business outfit on a hot day and avoid looking like you’ve just stepped out of a sauna.

The Peltier effect is one of three thermoelectric effects, where heat is transferred from one side of a plate to the other. The technology is commonly used in lab equipment where samples need to be repeatedly heated and cooled and is used in some specialist refrigerators.

The unit can heat as well as cool and is controlled via Bluetooth via an app. Sony says that you’ll initially be able to set the temperature manually, but an auto function — presumably intended to keep your temperature constant as you move between sun and shade — will be added later.

The bad news, as you might imagine, is battery-life: predicted to be less than two hours. It’s also launching first in Japan early next year, though it would hopefully make it into the US and elsewhere if it proves popular.

The good news is pricing, starting from a comparatively reasonable ¥12,760 ($117). That’s definitely a price I’d pay for a wearable air-conditioner if it works as well as it claims, even if I have to import it from Japan.