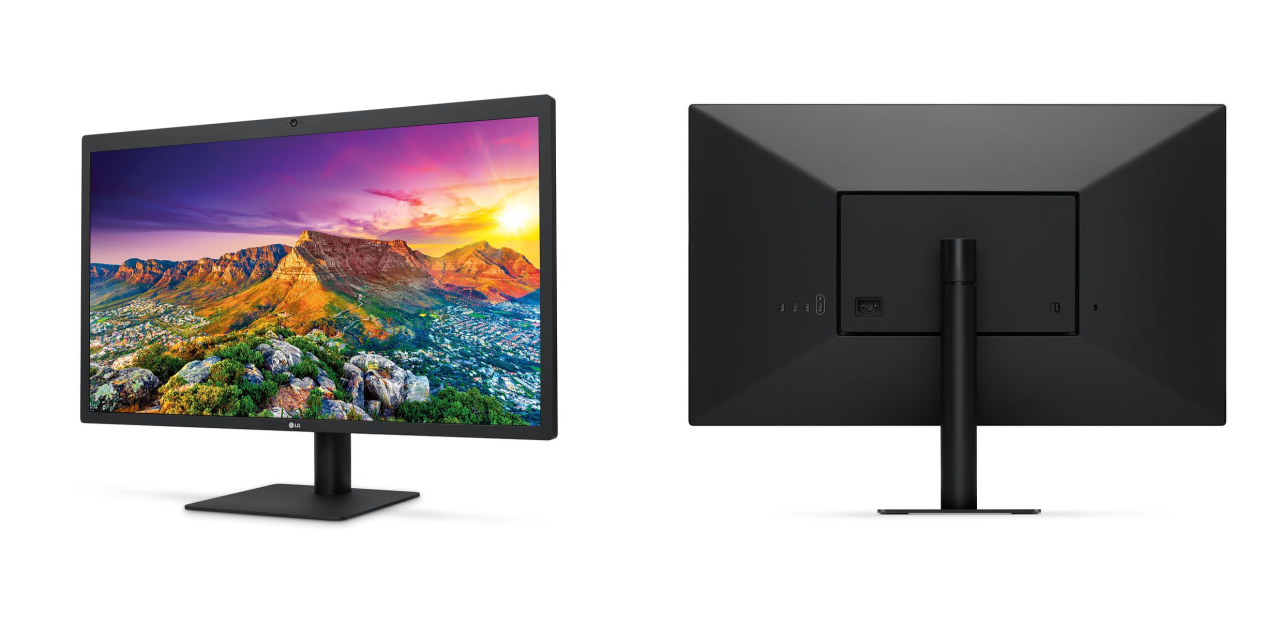 Previously, the 5K UltraFine display would only work over Thunderbolt. Now, it can output 5K over USB-C DisplayPort, which means it can now work with any of Apple’s current Mac and iPad Pro lineup.

Unfortunately, that’s where the fanfare appears to end. The new 5K UltraFine display appears otherwise identical to the previous generation model. It features the same 27-inch 5120×2880 resolution panel in the same ugly chassis.

With iMac Pro and 2016-or-later MacBook Pro models, you can connect two 5K UltraFine displays at once, using both at full resolution, or connect four simultaneously at 4K resolution.

The UltraFine has built-in speakers, webcam and mic, as well as three USB-C ports for connecting wired accessories. The UltraFine lets you connect a single cable to your MacBook Pro to enable display output, access to wired accessories, and full-speed charging up to 94W thanks to Thunderbolt 3 power pass-through.

The new 5K display is now available to order from the Apple Store, for $1299. High-end professional Mac users (with deeper pockets nonetheless) may want to consider waiting for the Apple Pro Display, coming later this year. LG updated the 4K version of its UltraFine display series earlier this year.