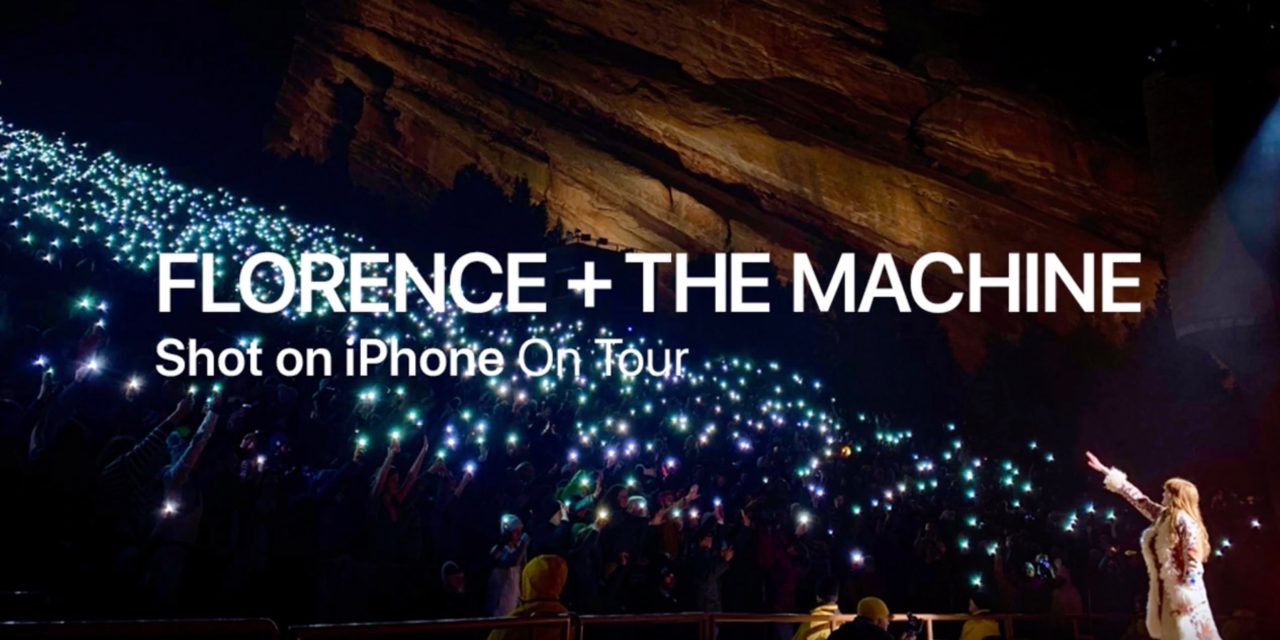 Apple has launched its latest Shot on iPhone campaign that features 16 artists on tour. The behind the scenes look at some of today’s most popular artists includes new YouTube videos and billboard ads of Florence + the Machine, FKA Twigs, Kacey Musgraves, Skrillex, Travis Scott, Kamasi Washington, and more.

Apple shared three new Shot on iPhone videos on its YouTube channel today as it launched the latest campaign. The artists featured are Florence + the Machine, FKA Twigs, and Kamasi Washington and the short ads offer a behind the scenes micro-documentary look at the performers on tour.

As noted by Adweek, this Shot on iPhone campaign features moments from a total of 16 artists on tour with billboard ads going up in addition to the new videos.

According to Apple’s dedicated agency TBWA\Media Arts Lab, the photos—which feature 16 musicians and singers from a variety of genres and countries—were taken by “renowned music photographers, many of whom have close relationships with the artists.”

Apple does note that additional hardware and software was used with the iPhones to capture the images and footage seen in the new campaign.

Check out the new videos below: