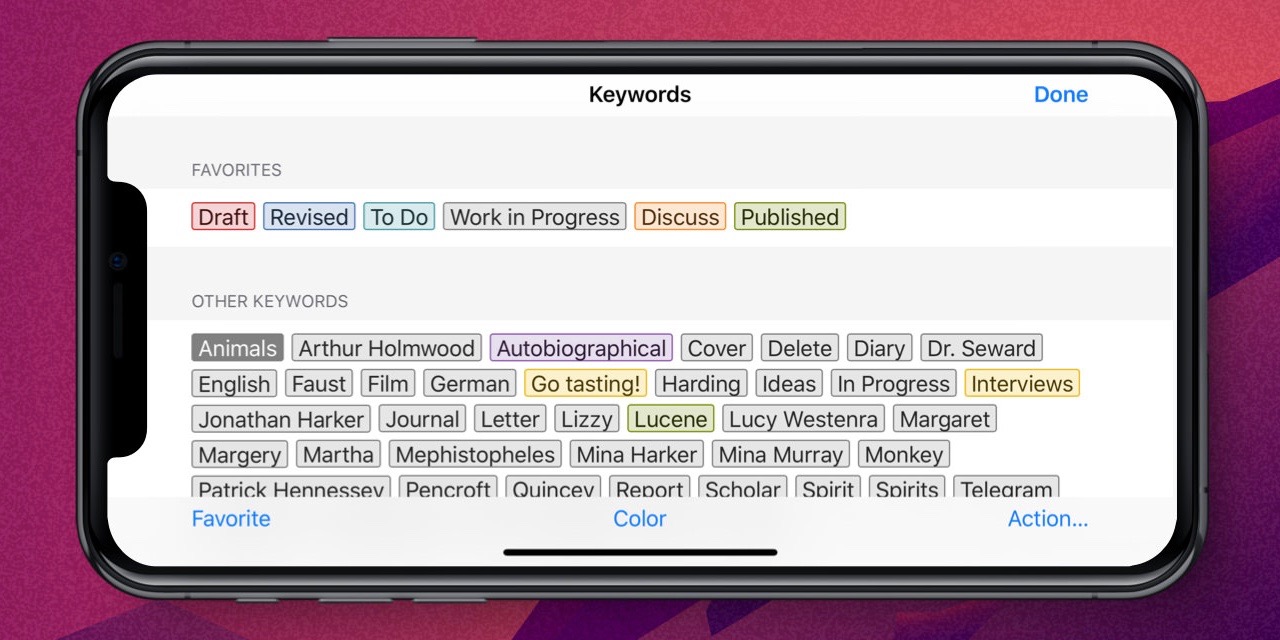 Popular Mac and iOS writing app, Ulysses, has an update planned that will bring an improved fullscreen mode for iPad, new export styles, keyword management for iOS, and more.

Ulysses detailed version 17 today in a press release which is slated for launch next week on August 19.

This past spring, Ulysses launched keyword management for Mac. Now iPhone and iPad are gaining the functionality.

Users can edit or delete their keywords, customize the colors, as well as merge several keywords into one. They can now also mark their most-used keywords as favorites and easily access them throughout the app, both on Mac and iOS.

Read more about how to make use of keywords in Ulysses here.

Another nice change is a refreshed fullscreen mode for iPad that offers a large text-only view and a keyboard shortcut is available when a keyboard is attached to iPad to enter and exit the mode.

Ulysses’ iPad fullscreen mode has been completely redone: It’s now 100% text, with no toolbars whatsoever. Sidebars slide over for quick interactions, and out again to keep users in the flow. With an external keyboard attached, Command-Control-F (familiar from the Mac) opens and closes fullscreen mode. It’s the purest and most fun way to write on iPad.

Another addition is the ability to export in new styles of PDF or Microsoft Word docs.

In this release, four new export styles are available. Business is meant for laying out reports and strategy papers. Academica was conceived for the university context, e.g., for lecture notes. Review is suited for on-paper editing, as the style reproduces comments and text deletions and comes with a large margin for hand-written notes. Finally, Manuscript is geared to the U.S. layout standards used for submitting literary works to publishers.

Finally, version 17 will allow users to preview image captions inside the editor and also export them.

Ulysses is running a back to school promotion for new users until August 15 that offers 50% the first year. The apps are free to download with a limited trial. Afterward, the app for Mac and iOS runs $5/month or $40/year with students getting a discounted rate of $12 for six months.