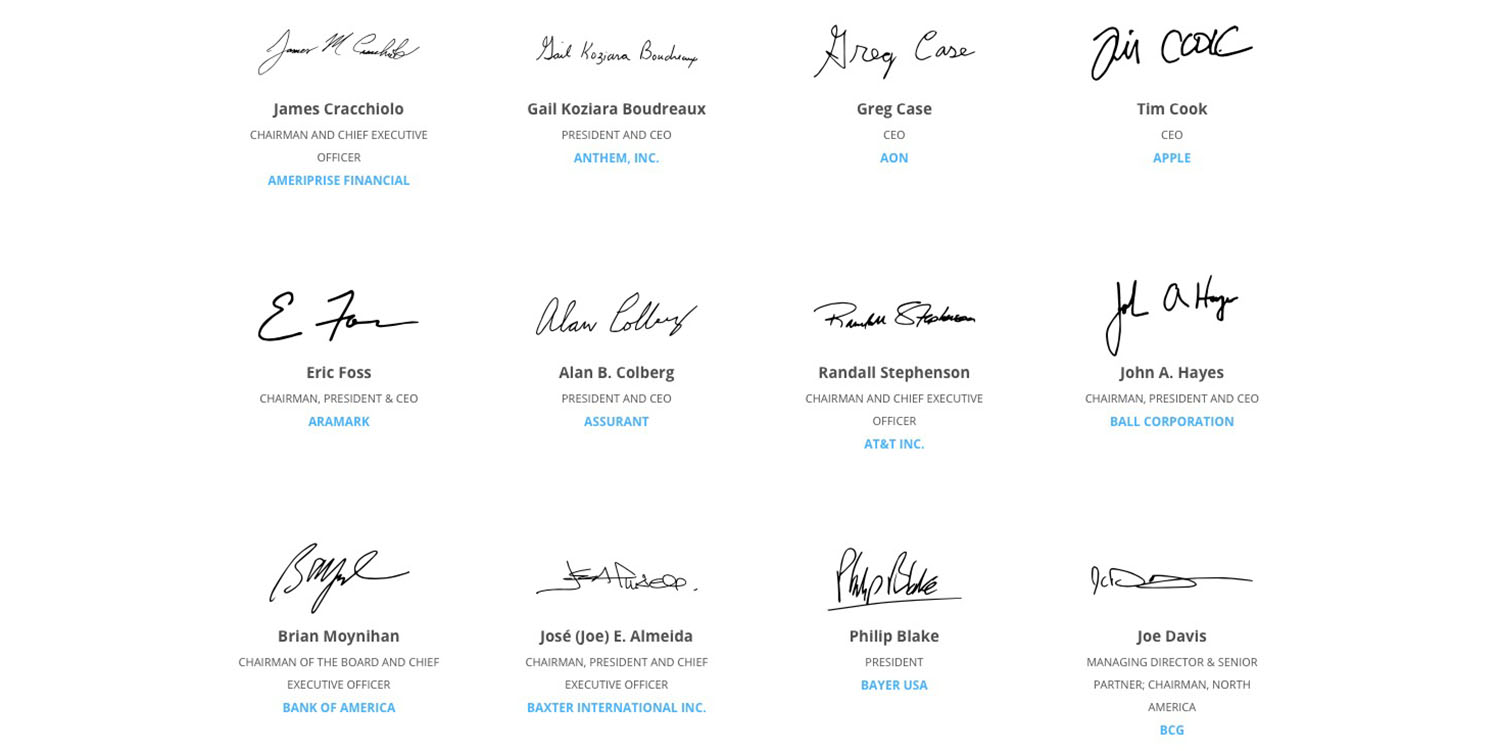 Apple has frequently said that it aims to do the right thing even when it doesn’t make financial sense, and any shareholders who aren’t happy with that should get out of the stock.

The iPhone maker yesterday reiterated that stance, and joined with 180 other big businesses in declaring that it was time for a new understanding of the purpose of a corporation…

Tim Cook was one of 180 CEOs to sign a new document stating how a company should be run, says Business Roundtable.

Business Roundtable today announced the release of a new Statement on the Purpose of a Corporation signed by 181 CEOs who commit to lead their companies for the benefit of all stakeholders – customers, employees, suppliers, communities and shareholders.

Since 1978, Business Roundtable has periodically issued Principles of Corporate Governance. Each version of the document issued since 1997 has endorsed principles of shareholder primacy – that corporations exist principally to serve shareholders. With today’s announcement, the new Statement supersedes previous statements and outlines a modern standard for corporate responsibility.

The new statement opens by stating that the economy must work for all.

Americans deserve an economy that allows each person to succeed through hard work and creativity and to lead a life of meaning and dignity.

Each company makes commitments to serve five different stakeholders, of which shareholders are just one.

Business Insider highlights some of the other companies who did or didn’t sign.

You can read the full statement and see all the signatories here.