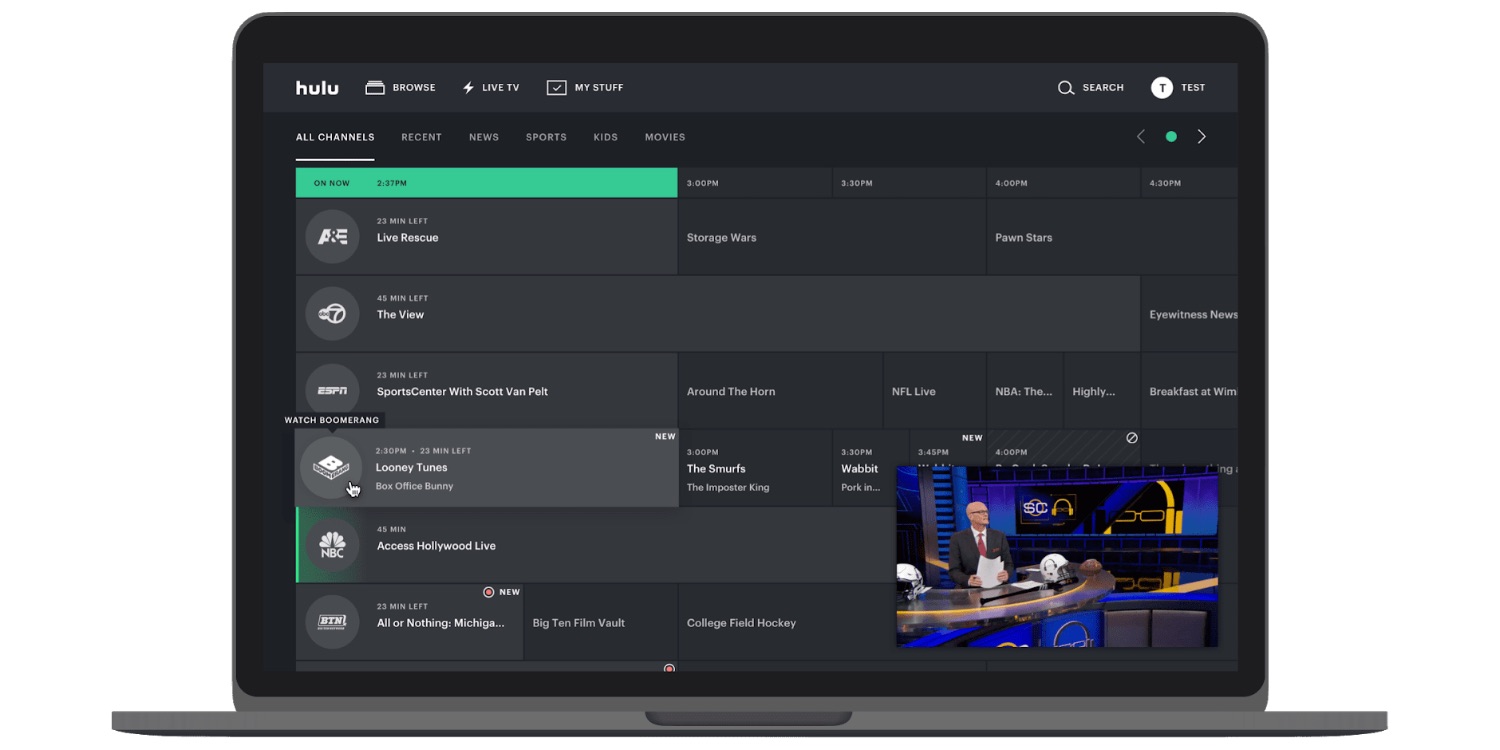 The pricier version of Hulu’s video service provides access to TV channels live over the Internet, similar to cable and satellite services.

Hulu touts expanded access to upcoming TV shows and movies up to two weeks out. This makes planning ahead and recording important broadcasts like sporting events and movie premieres more manageable.

The new TV Guide also displays a section called My Channels for fast access to go-to channels when browsing the main Hulu screen or the new Live Guide. The primary interface will also promote movies and TV shows currently airing more than the previous layout.

Viewers will also notice a new sidebar menu system on the left of the screen with quick access to all channels, favorite channels, sports, news, movies, and kids collections. The previous TV Guide sorted navigation across the top of the interface with other navigation buttons.

Developers behind the new Hulu Live TV Guide have shared a behind-the-scenes look at the under-the-hood changes that were required to improve the interface.

Hulu says the all-new Live TV Guide feature is available starting today on tvOS (Apple TV HD and Apple TV 4K), Roku, and the web. Hulu with Live TV will be upgraded with the new interface on iPhone and iPad soon.

Learn more about Hulu with Live TV here. Apple is releasing its own video service later this fall with Apple TV+, although live TV channels won’t be included in the original content video service.