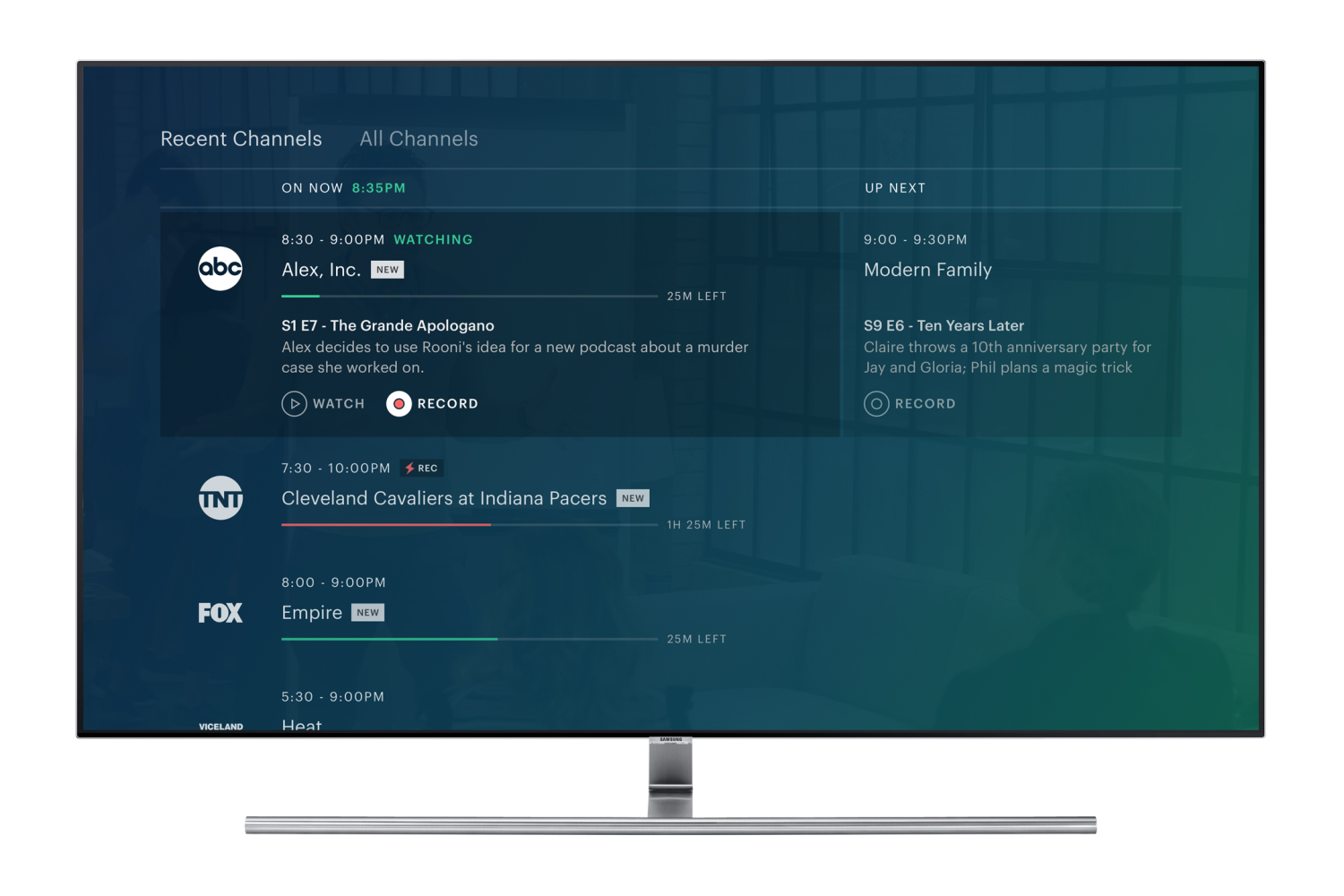 Hulu’s interface has been criticized in the past and issues were especially apparent with the company’s Live TV service, where browsing through channels was a bunch of tiles, with no way of knowing what’s coming next. As promised, however, the company is changing that…

Today, Hulu is looking to resolve this issue with its Live TV guide feature. As stated in the company’s press release, users who own an Xbox One, Nintendo Switch, Amazon Fire TV or Apple TV will now see a redesigned layout, which now displays the current guide along with whats playing up next.

Beginning today, if you subscribe to our live TV offering, the next time you fire up your Xbox One, Apple TV (4th gen. Or higher), Amazon Fire TV (1st and 2nd gen.) and Nintendo Switch devices, you’ll have instant access to live TV. Now, there will be a lightning bolt icon to the right of the home icon that takes you directly to live playback on your most recently watched channel.

To further improve navigation, Hulu will allow users to sort the guide by “All Channels” or “Recent Channels” which keeps a list of your 10 most recent channels you’ve watched at the top of the list.

Hulu says it will begin rolling out the feature to more devices in the future. Notably missing is the lack of support on any mobile devices such as iPhone or iPad, with their main focus being on the in-home TV experience first.

While its service is still in beta, Hulu with Live TV is available to anyone. It starts at $39.99 per month with a more expensive $43.99/month option that lets you stream with no commercials on on-demand content. Unlike other streaming TV services, Hulu only offers one set of channels you can pick from. So if there are channels on that list they don’t have or you don’t want, you’re out of luck.