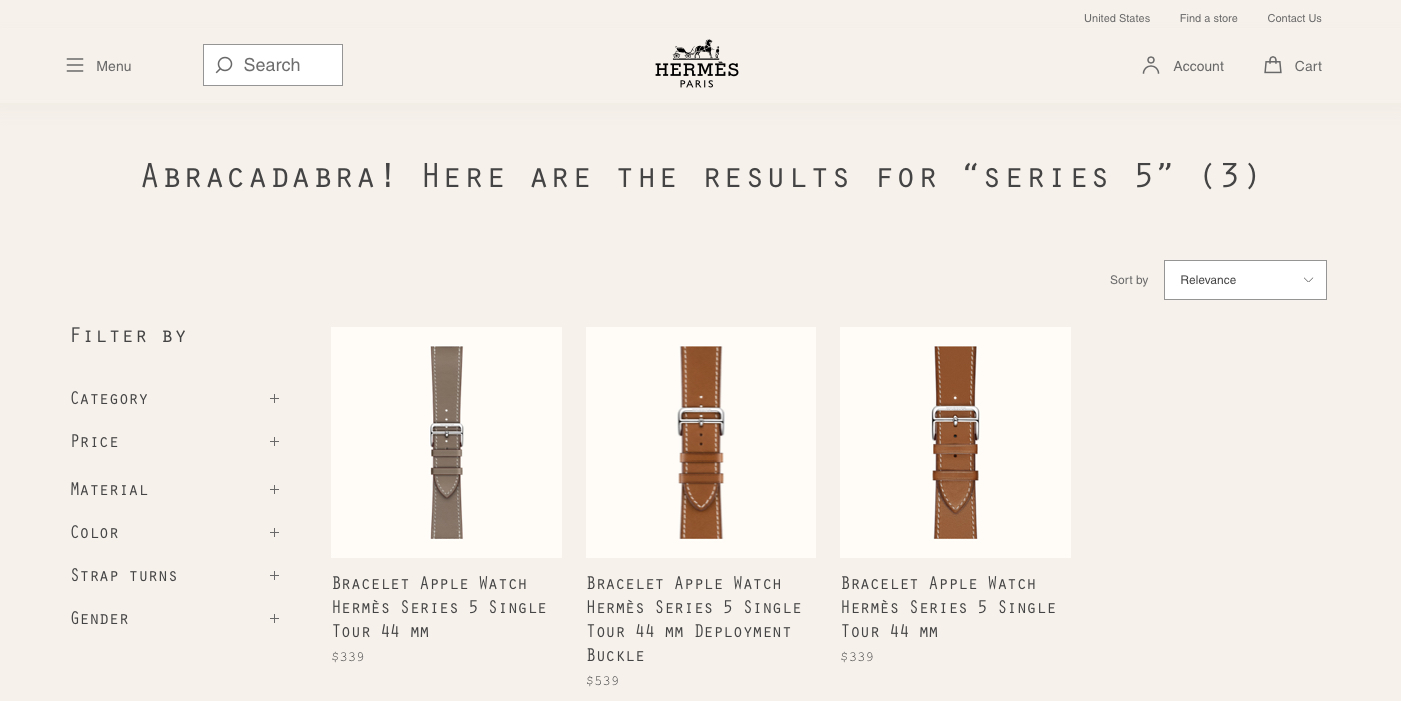 Update: These mysterious entries have now been removed from the website. Original story follows … The Hermès website is currently featuring some product listings for ‘Series 5’ bands in its Apple Watch lineup. However, the product photos and description are copies of the product pages for the equivalent Series 4 bands. This may just be a stocking mistake.

Web cache results suggest that these ‘Series 5’ search results are new as of this week, so that’s at least something.

It is possible that Hermès is preparing to roll out some new band options and has mistakenly added placeholder product listings on its website ahead of schedule, with those placeholders being clones of existing product pages. It may even be guessing that the new watch models are called ‘Series 5′. It is likely Apple and Hermès’ partnership does not extend to Hermès knowing the final marketing names ahead of the event.

Other hints have suggested that Apple will not be releasing a major new watch generation this year, likely sticking with Series 3 and Series 4 lineup with the addition of new case colors and new case finishes like a new titanium and ceramic Apple Watch Series 4 Edition line.

9to5Mac previously reported that Apple is actively working on sleep tracking features for the Apple Watch, but a release timeframe for these features is unclear. Perhaps a generational leap to Series 5 is happening next week, but Apple could even release sleep tracking in a software update to existing Series 4 models. Or maybe sleep tracking will remain unannounced until next year.

Stay tuned to 9to5Mac as we follow all the announcements, spanning Apple Watch to iPhone 11, at Apple’s media event on September 10.

Thanks Marcelo for the tipoff!