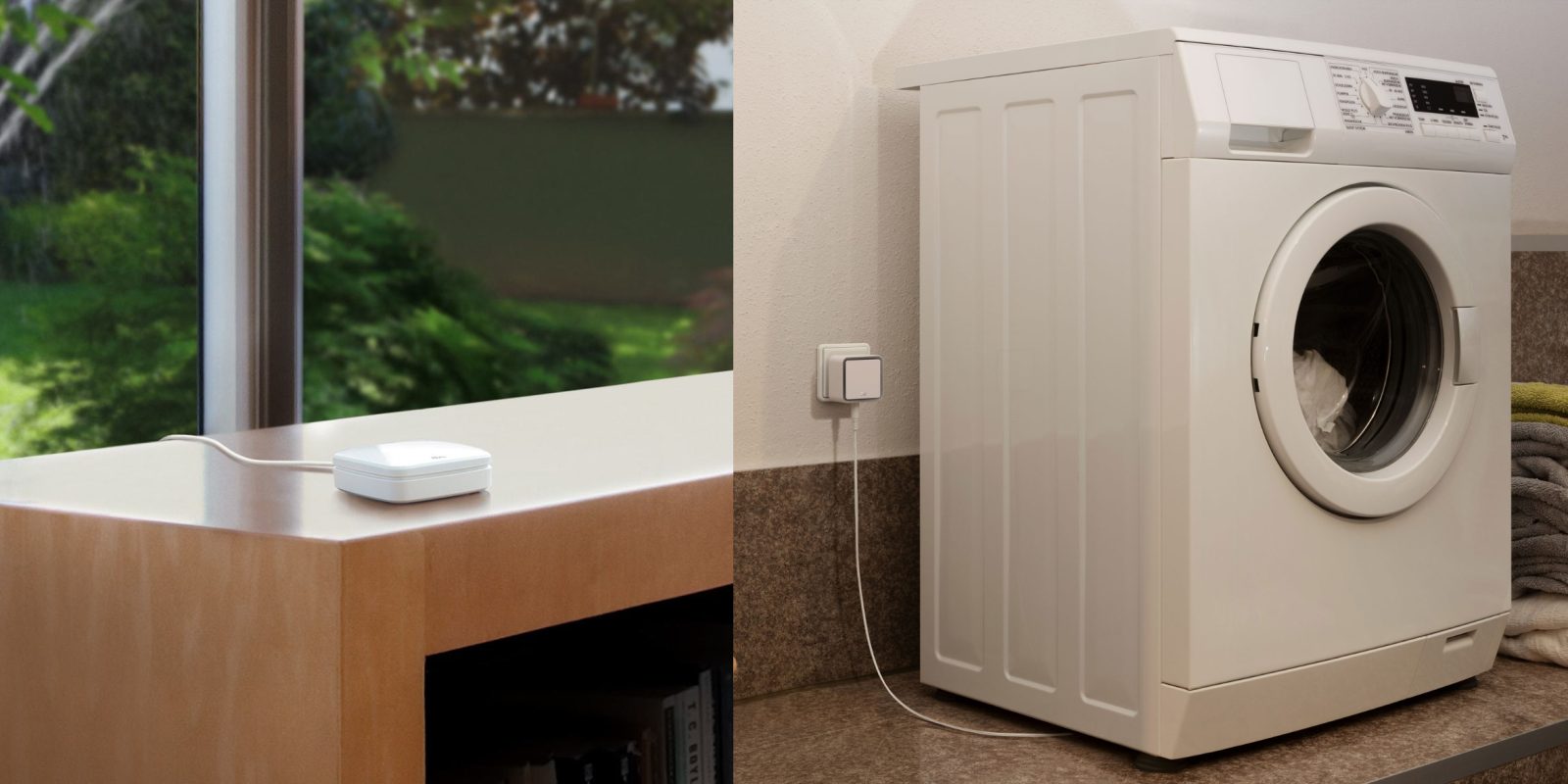 Longtime HomeKit accessory maker Eve Systems today announced a handful of updates to its smart home range. The Eve Extend is finally shipping and available to buy, allowing Eve users to connect its Bluetooth accessories to the full range of your home Wi-Fi network.

Eve also unveiled Eve Water Guard, a smart water detector coming next year, and enhancements to its Eve Thermo smart radiator valve. The company is also debuting an EU version of its Eve Light Switch, launching in countries beyond the US this October.

The newly announced Eve Water Guard can detect leaks in your home, send notifications, and sound the alarm as soon as water is detected. This means you can get alerted on your iPhone as soon as flooding starts, allowing you to respond quickly and limit the impact of water damage. Rather than just testing a single spot, the accessory features a long 4-foot cable that can sense water anywhere along its body. The Eve Water Guard is set to launch in January.

The Eve Light Switch has been available in the United States for a while, but it will soon expand overseas. Eve is launching an EU version of the switch in October, released initially in Germany, Austria, Belgium, Luxembourg, and the Netherlands. Naturally, the size and shape of the switch has been redesigned to fit the EU sockets. The switch lets you use your existing lights and bulbs by adding the HomeKit smarts to the switch itself.

The Eve Extend has been long in the making, having been first announced more than two years ago. However, now  that it’s finally available, it may be of use to people already deeply embedded in the Eve ecosystem, particularly those facing range issues with the Bluetooth radios of the accessories in some rooms. With the Eve Extend, you can bridge up to 8 Eve accessories over your home WiFi network — which should naturally offer much larger coverage than Bluetooth. Note that the Eve Extend only works with Eve’s HomeKit accessories, as it is not compatible with third-party HomeKIt gear.

Finally, launching September 16, Eve is updating the Eve Thermo smart radiator valve to make the product better. The LED display should now be easier to read, and the touch controls will respond with affirmative feedback. They have also updated the motor that actually opens and closes the valve to make it quieter in operation.

Eve is demonstrating all of its new upgrades and products at the IFA consumer technology convention.