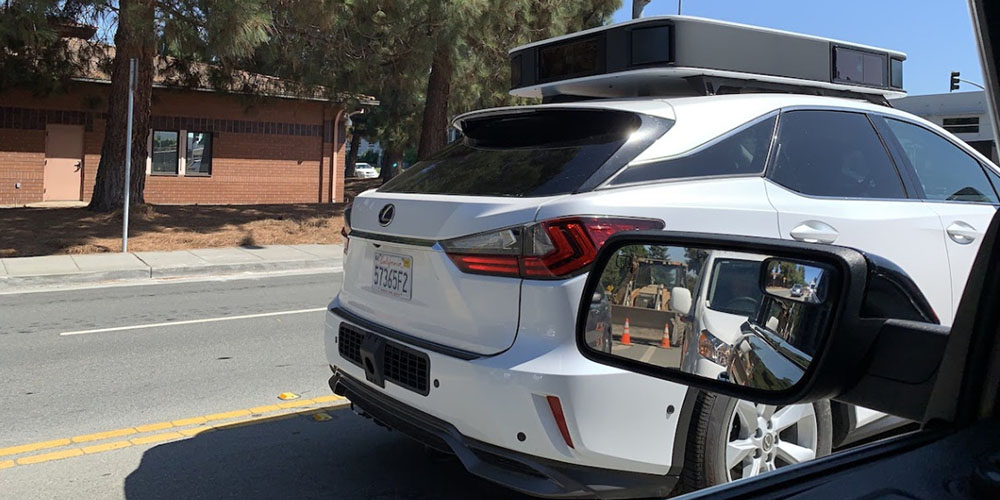 While the purpose and future of Apple’s autonomous car project is uncertain, the company clearly still has an interest in the technology. What appears to be an Apple self-driving car has been spotted, with an interesting new sensor array…

Apple’s self-driving cars have so far used a mix of sensors, which the company has said includes LiDAR, radar, and cameras.

LiDAR is similar to radar but uses laser pulses. A lot of autonomous cars have used LiDAR as their primary means of reading the road, as it provides the on-board computers with a highly-detailed 3D map of the car’s surroundings. This provides centimeter resolution over distances of up to 100 meters. Google cars can detect a cyclist hand signal, and it’s been reported that Waymo’s cars can even tell which direction pedestrians are facing so that their likely movements can be predicted.

However, LiDAR is very expensive. Apple has reportedly been working on its own LiDAR array, as well as talking to suppliers about the possibility of developing units that are “cheaper, smaller, and more easily mass produced.”

Tesla, however, is convinced that all-camera setups are the future of self-driving cars. These are less prone to interference from rain and snow, and can also read signs to provide a more detailed understanding of the environment. Tesla CEO Elon Musk has even said that any manufacturer relying on LiDAR for self-driving cars is doomed (video below).

The Last Driver License Holder has posted photos of a new version of the sensor array.

After the first video of the new sensor configuration of Apple’s autonomous cars surfaced, we got new pictures from a closer perspective. Our readers Jens & Katharina Lehmann spotted the vehicle in Cupertino, California.

The array is a neater setup than the original. With the sensors embedded in this way, it’s harder to see exactly what’s in the array. However, there are no obvious LiDAR devices, and it does look possible that this is an all-camera setup. It would seem to make sense for Apple to experiment with a camera-only configuration. It is, though, also possible that there are hidden LiDAR units next to the corner cameras.

Check out the full set of photos here.

Apple recently poached Tesla engineering VP Steve MacManus, and has increased the size of its test team, so the company is still actively pursuing the project in one form or another.