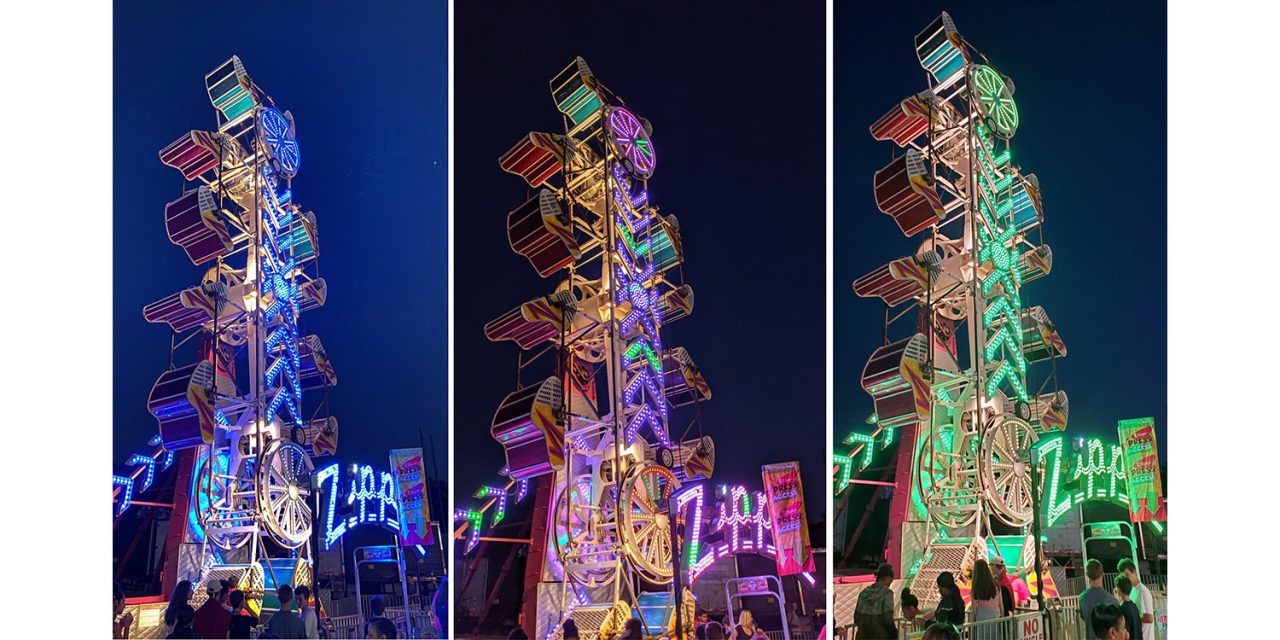 Anyone who has taken delivery of an iPhone 11 is going to have one thing high on their to-do list: carry out a Night Mode test to see whether the feature lives up to the hype…

Zac Hall gave his view on Saturday, saying that it “will make us rethink what we can capture with our phones.” I’ll also be sharing my own thoughts and sample shots in my next iPhone 11 Pro Diary piece.

What PCWorld has done, though, is to compare the iPhone 11’s Night Mode with the corresponding features of the three Android smartphones with the best reputations for low-light photography.

PCWorld’s Michael Simon compared the iPhone 11 to Google’s Pixel 3 XL, Samsung’s Galaxy S10+, and the OnePlus 6T. It has so far been the Pixel 3 that has been the gold standard for night shots — but no more, says Simon.

It was just about a year ago when Google launched its innovative Night Sight mode to critical acclaim. With the ability to turn unusable low-light scenes into spectacular, backlit, frame-worthy photos, Night Sight was the prime example of just how far ahead Google was when it came to photography.

Since Night Sight’s launch, Samsung, OnePlus, Huawei, and LG have all developed low-light modes for their cameras. Keep reading as we take a close look at how Apple’s new low-light camera stacks up against the best Android has to offer […]

I’m simply blown away by what Apple has accomplished with Night Mode on the iPhone 11. When I first tried Night Sight on the Pixel 3 last October, I couldn’t believe what Google was able to do with its AI and processing. In no uncertain terms, Apple’s Night Mode makes Night Sight look amateurish.

I tested the four cameras in various settings. The iPhone 11 consistently delivered sharp, detailed shots that didn’t look washed-out or unnatural. In a couple of my nighttime sky shots, it even captured a couple of stars that I could barely see with my eyes, which straight up blew my mind. It didn’t always win, but it was the most consistent.

Simon also gave the iPhone top marks for the user interface, saying that it had pulled off a difficult trick — being both easier to use and more powerful.

The iPhone puts the countdown timer at the bottom of the screen so it doesn’t interfere with what you’re shooting. It also differs in the control you have over how slowly it shoots. The camera app tells you exactly how long the processing will be — generally one or two seconds, depending on the available light — so you know ahead of time how long you need to keep your hand still. It’s a mystery with the other phones. The iPhone process was also quicker than the rest of the pack on average because it optimizes as it processes, eliminating the extra step.

You can manually adjust the processing time up to 10 seconds to enhance the image further. Plus you can actually see what’s happening in your shot as it processes, a rarity for processing-heavy modes. None of the other night modes offers nearly as much transparency or control, and it shows how much thought and detail Apple has put into its system. Apple may be playing catchup, but Night mode doesn’t feel rushed or duplicative. It’s unique, intuitive, and even a little innovative, and people will enjoy using it more than they would the others here.

The above shot shows the biggest benefit of the iPhone, says Simon.

While the Pixel 3 XL (center) and Galaxy S10+ (right) all performed well, the iPhone 11 (left) enhanced the ride and the sky behind it without losing a sense of reality.

You can check out his full Night Mode test with lots more comparative shots over at PCWorld.