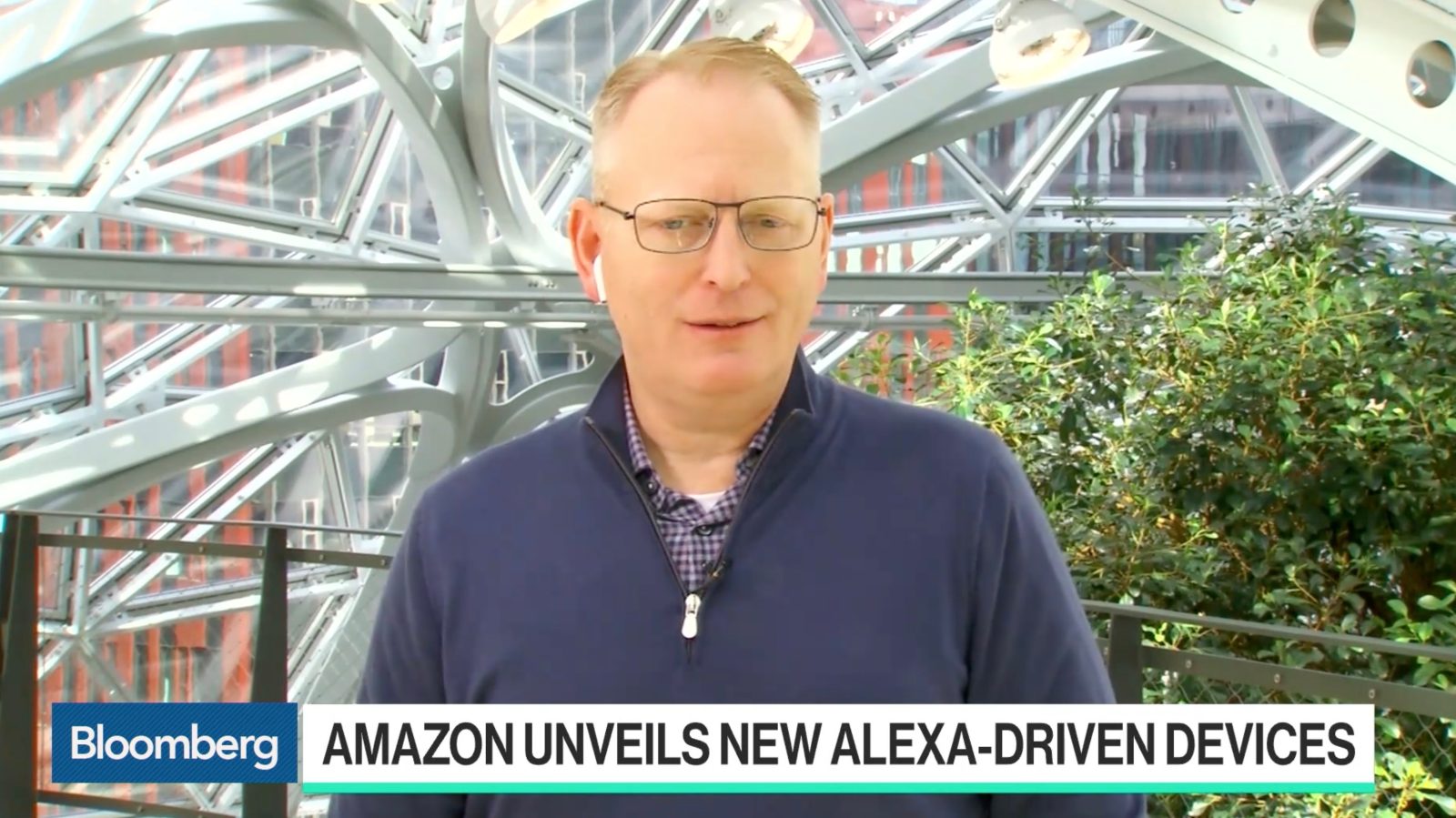 Amazon today took the wraps off of a monster list of new Alexa-enabled products, including its rumored AirPods competitor. Dubbed the Echo Buds, the truly wireless earbuds are available for pre-order now at $129 – but Amazon executive Dave Limp apparently doesn’t even have his pair just yet.

Following Amazon’s special event today – which the folks over at 9to5Toys covered in detail – Dave Limp went on Bloomberg to talk about the new products. Limp serves as Amazon’s senior vice president of devices and service.

In the interview with Bloomberg, Limp can clearly be seen wearing a single AirPod. You’d think that Limp would want to be seen in Amazon’s new Echo Buds, but that’s seemingly not the case. The slip up was first spotted by John Paczkowski on Twitter, and you can see the video for yourself here.

We regularly see Apple competitors using Apple products, namely through companies and celebrities tweeting promotions for Android devices using iPhones. Of course, one possibility in Limp’s situation is that Bloomberg provided him with the AirPod to help streamline the live interview.

The Echo Buds offer “really great sound” according to Amazon, with five hours of battery life, touch controls, and noise cancellation developed in partnership with Bose. You can pre-order the Echo Buds form Amazon for $129.99, with the first orders arriving by Wednesday, October 30th.

Do you plan on ordering the Echo Buds – or any of Amazon’s new Alexa-enabled products? Get all of the details over at 9to5Toys and let us know what you think down in the comments.