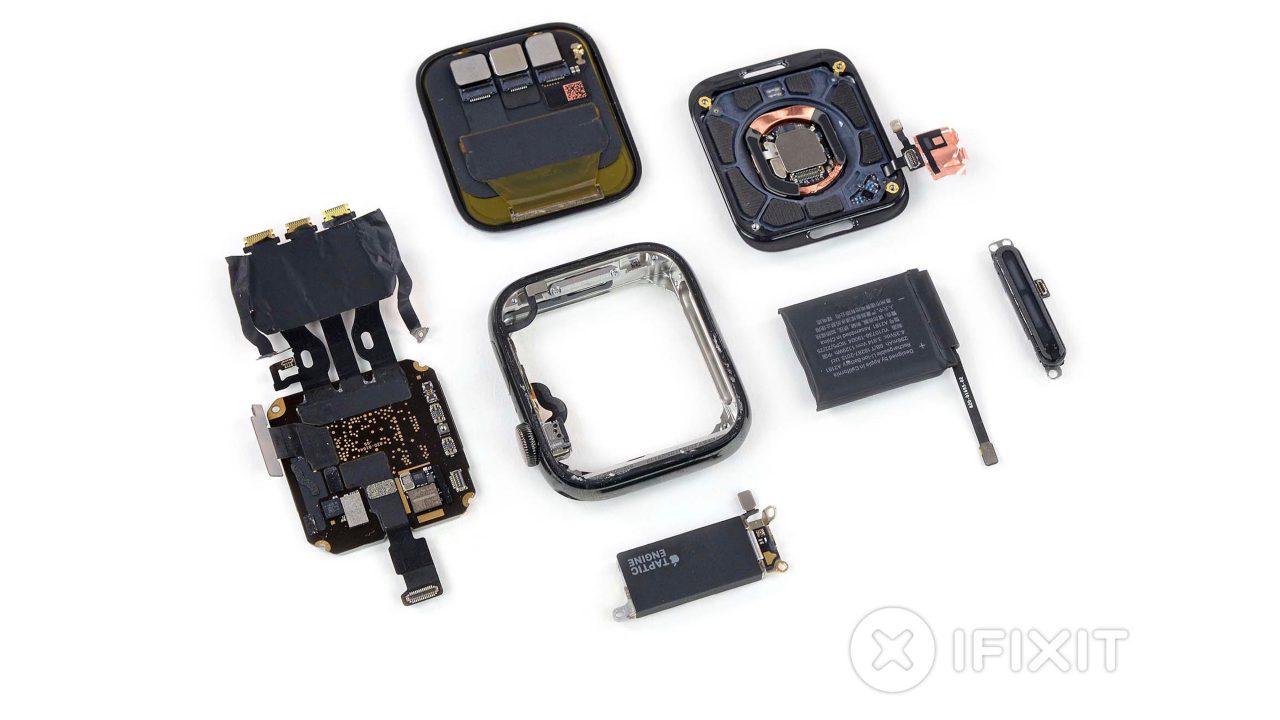 To crack open the Series 5, iFixit simply used heat to soften the adhesive holding it all together, and then a precision knife to separate the display. Inside, the battery size of the Series 5 is 1.4 percent larger than the Series 4. That’s not enough to make much of a difference in real-world use, especially coupled with the Always-On display.

The Series 5 uses Apple’s new S5 system-on-chip, which packs in twice the storage and the new compass. But it also contains the same CPU and GPU as the S4 chip in the Series 4, and the overall performance specs are the same.

What about that new Always-On display? It’s still hard to tell what exactly is powering that feature. Apple says the Series 5 uses things like a new ambient light sensor and advanced display drivers to achieve the functionality. iFixit, however, says “the real improvements are baked into the display tech invisible to the human eye” with LTPO technology.

Apple says the new Apple Watch Series 5 is made from “100% recycled aluminum,” but iFixit isn’t impressed with that claim:

While using recycled materials is great, the truth is most of the world’s aluminum is already recycled, and recycled aluminum is dramatically cheaper than the freshly-mined variety. The real question is whether Apple uses any recycled aluminum that wouldn’t have been recycled anyway. And after analyzing Apple’s statements on the matter, the answer seems to be no.

Ultimately, iFixit concludes that the Series 5 is “very similar” to the Series 4 internally, but different enough that parts are not interchangeable between the two:

Other than that, the Series 5 is very similar to the Series 4 on the inside. But Apple has made enough minor changes to that many parts are not interchangeable, thanks to redesigned connectors on the taptic engine, display and battery.