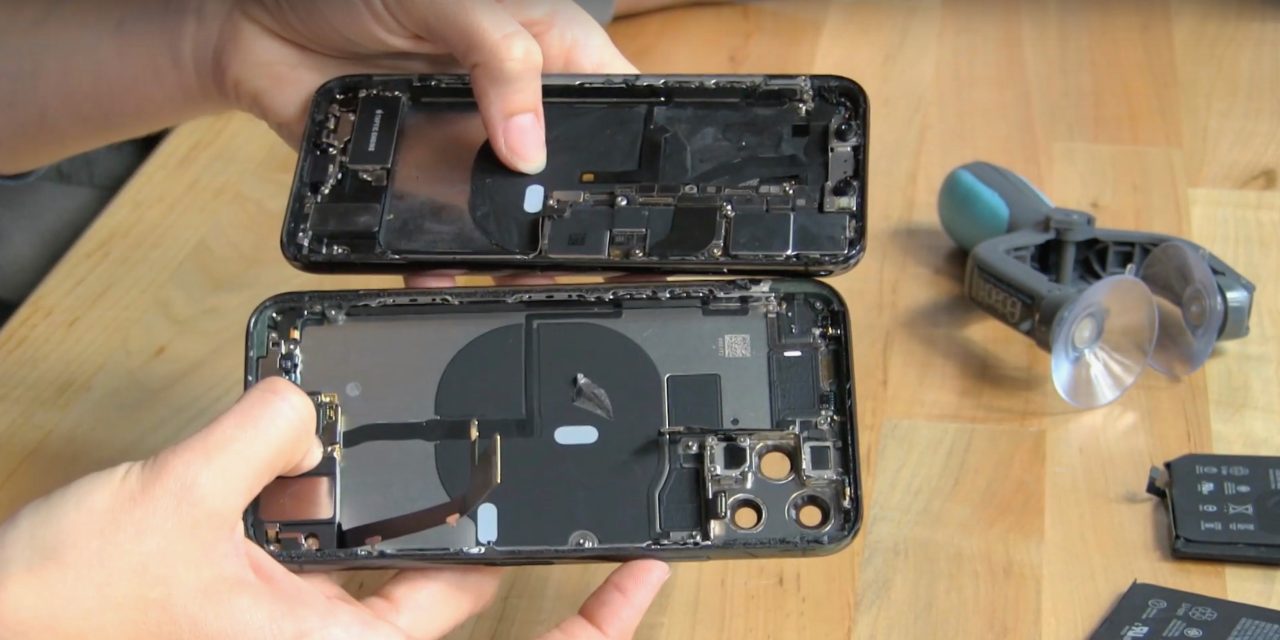 iFixit did a livestream this year of its iPhone 11 Pro teardown. Now it is diving in and analyzing all of its findings. Notably, iFixit has noticed a new board in the iPhone 11 Pro Max that was may have been included for the bilateral wireless charging feature that was expected but didn’t end up shipping with this year’s iPhones.

Earlier this year, reliable Apple analyst Ming-Chi Kuo predicted that Apple would offer bilateral wireless charging for the iPhone 11 lineup. Later, Bloomberg corroborated that the feature would arrive to let users charge accessories like AirPods on the back of their iPhones.

However, less than a day before the iPhone 11 event, both Kuo and Bloomberg’s Mark Gurman said that Apple had scrapped the feature. Kuo stated the reverse wireless charging feature’s efficiency was “not meeting Apple’s requirements.”

Some speculated that since Apple decided to ditch this feature so late that the iPhone 11 would likely include the necessary hardware and flipped the feature off via software.

Now, iFixit notes that it has discovered a “mysterious new board sitting below the battery” and further says “Could this be related to the rumored bilateral wireless charging?”

While the hardware could indeed be there, there’s no guarantee that Apple will release the bilateral wireless charging feature with a future software update. It may just wait until the 2020 iPhones to launch the feature after dialing in the efficiency to meet its standards.

Also, as iFixit’s Director of Things, Sam Goldheart, points out in the video below, what if reverse wireless charging was possible in the iPhone XS as far as hardware goes?

What do you think? Were you bummed to see the feature scrapped? Or do you not see it as a big deal? Share your thoughts in the comments below!

Check out the initial teardown below and the full iPhone 11 Pro Max teardown write up from iFixit here.