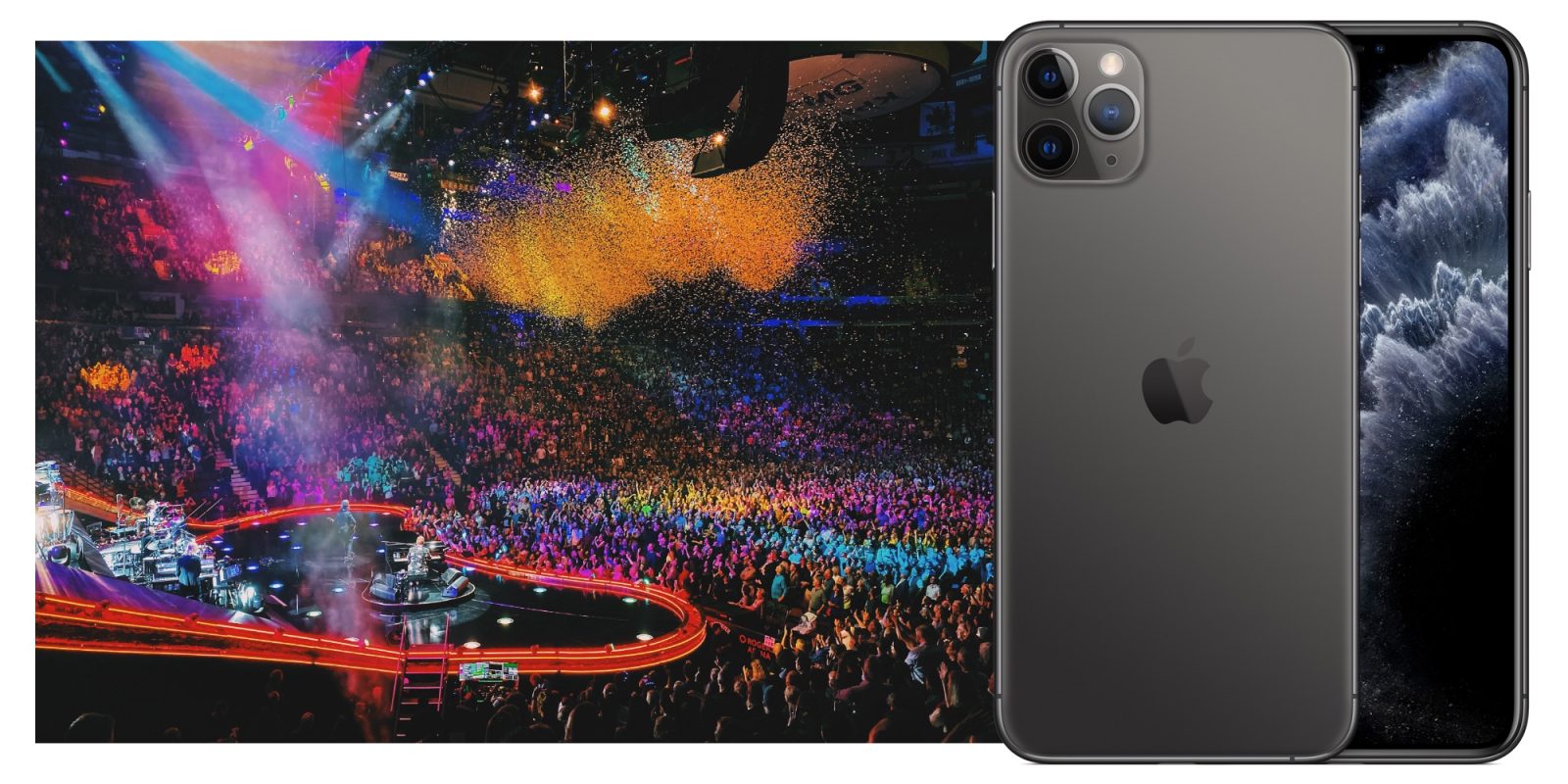 Both camera improvements make the iPhone 11 lineup ideal for catching a memorable photo in a dark concert venue, and the standard wide lens is no slouch. The awesome music and travel photographer Ryan Russell has the shot to prove it.

Ryan Russell has photographed (and filmed) some of my favorite musicians over the years, so I wasn’t surprised to see his incredible photo of Elton John’s “Farewell Yellow Brick Road” performance in Vancouver this week. What did surprise me is that it was shot on his iPhone — specifically the new iPhone 11 Pro Max. (I didn’t ask which color.)

The shot not only frames the legendary Sir Elton John at his piano. It fully captures the wave of people witnessing one of his final performances on the road under the light show and confetti drop that paints the audience.

Hard to put down into words how amazing @eltonjohn was last night. By far one of the best sounding live performances I’ve ever heard and every bit as visually magical as you would expect. #eltonfarewelltour #shotoniphone

See the full resolution image in all its glory here.

Ryan added that the iPhone 11 Pro Max “ruled for video as well,” so the new iPhones aren’t just incredible pocket cameras for still shots. iPhone 11 is the first version to support extended dynamic range for video up to 60 fps, not just 30fps. Even if you can’t make a live show, concert viewers on YouTube will benefit from the video improvements on iPhone 11.

Follow Ryan Russell on Twitter and Instagram to see more of his work, and stay tuned for more iPhone 11 camera improvements coming later this year when Deep Fusion debuts with “advanced machine learning to do pixel-by-pixel processing of photos, optimizing for texture, details and noise in every part of the photo.”