Apple previews For All Mankind at New York Comic Con, pitched as ‘Mad Men for NASA’ 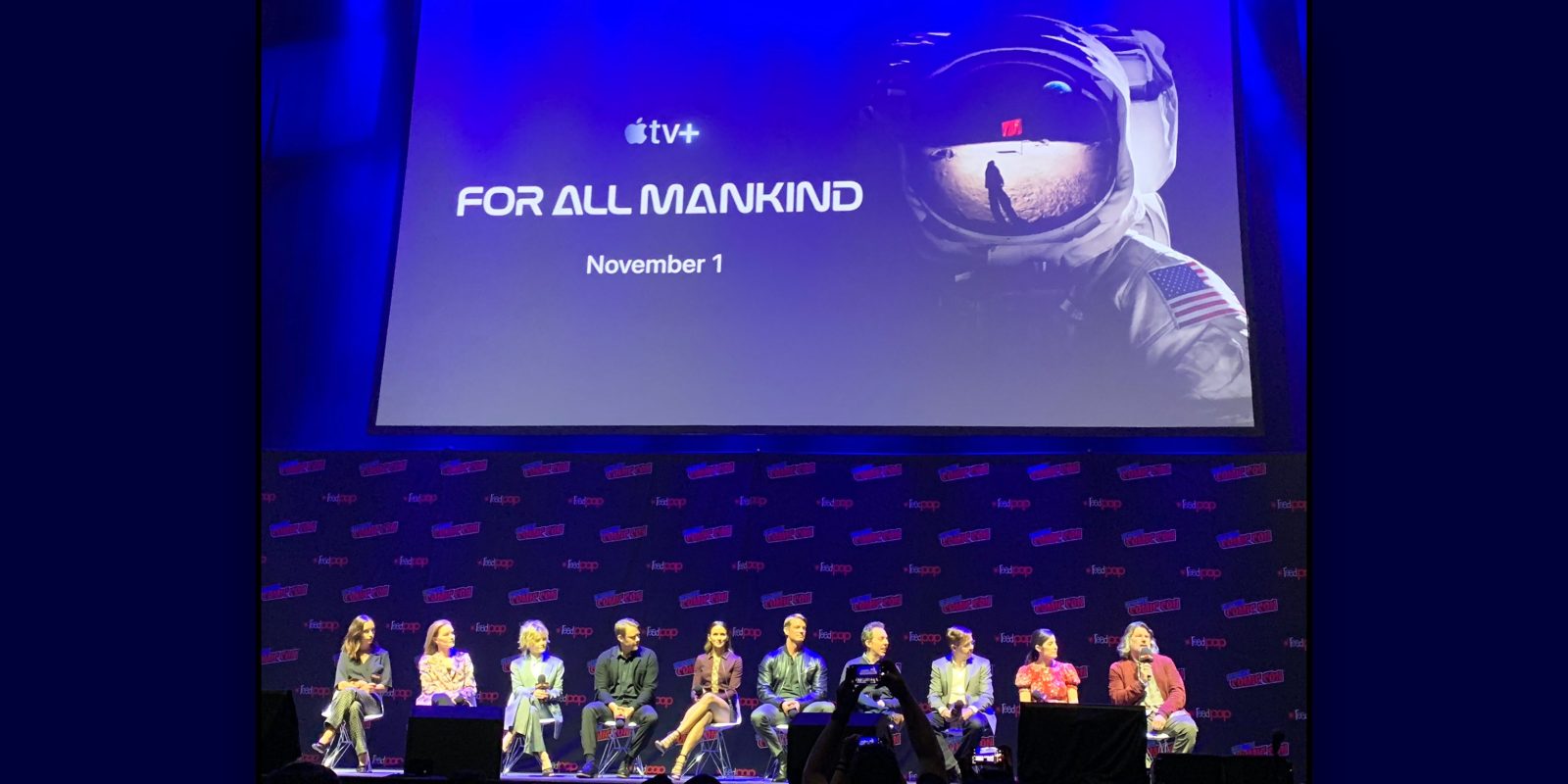 Apple TV+ made two appearances at New York Comic Con this year, with panels on Servant and For All Mankind. For Servant, Apple announced a launch date (November 28) and an advance look at the official trailer.

The audience at the ‘For All Mankind’ panel got to see the first fifteen minutes of the first episode, and a panel interview with executive producer Ron Moore and lead cast.

Unfortunately, the fifteen minute preview was not released publicly and video recording inside the venue was not allowed. For All Mankind is a debut show on Apple TV+, so everyone will be able to watch the first episode on November 1st. Twitter audience reactions to the sneak peek appeared positive.

‘Let’s aim for the space program we were always promised in the 60s but never got’ is the general gist of the show as described Moore.

During the interviews, the concept of For All Mankind was repeatedly compared to Mad Men but for the NASA space program. Moore said that Apple’s TV+ executive Zack van Amburg called him just after the Sony execs had left to start up Apple’s original content division.

The idea of a NASA show was brought up by Amburg, apparently dating back to years old conversations, but Moore pushed to develop the show into an alternative history as the true events of NASA in the 70s is quite disheartening, with NASA funding gradually deprioritized.

For All Mankind’s deviation from the strict timeline enables the show to offer a more optimistic and more interesting look at events by illustrating what could have happened if the US had continued to invest to compete with the Soviets. However, many historical references are apparently still preserved, even if the happenings don’t play out exactly the same.

The show will also interweave US political storylines, and how that influences the space program. For instance, the ‘Chappaquiddick’ incident does not happen which means Ted Kennedy remains a viable presidential candidate that Nixon has to worry about.

Three seasons of For All Mankind have apparently already been planned out, so Apple and Moore are in this for the long haul. (In Thursday’s ‘Servant’ panel with M. Night. Shyamalan, there were suggestions that Servant could air for six years spanning 60 half-hour episodes, although it doesn’t seem like Apple has officially committed to funding six seasons quite yet.)

Apple TV+ launches on November 1st, with For All Mankind making up one part of the launch lineup. Apple TV+ costs $4.99 per month, but purchasers of a new Apple device (iPhone, iPad, Mac, Apple TV or iPod touch) are eligible to watch for free with a bundled one-year trial. A single subscription can be shared amongst six people, across all their devices, using Family Sharing.