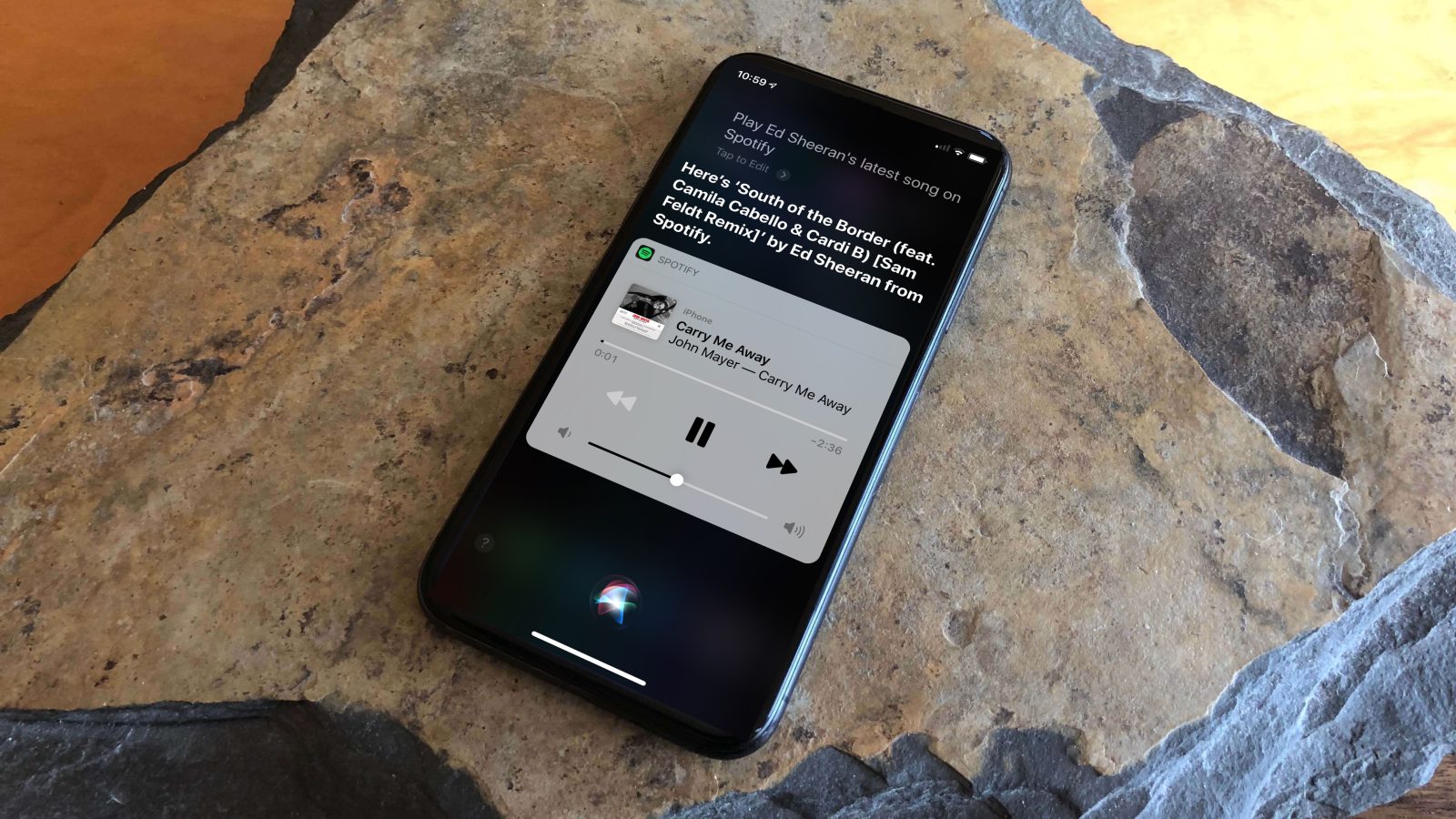 Spotify has today released its iOS 13 update, which allows users to ask Siri to play albums and playlists using their voice. This brings Spotify up to par with other music apps; SiriKit integration for audio apps was exclusive to Apple Music until iOS 13.

To use Spotify with Siri, install the update and then ask to play an album or song ‘with Spotify’. The update also allows hands-free control through CarPlay. Spotify is also launching a tvOS app for Apple TV today.

The release notes for the Spotify update mention Siri integration is compatible with iPhone, iPad, CarPlay, AirPods, and HomePod via AirPlay. In our testing, the HomePod does not recognize Spotify song requests. Perhaps this is waiting on a forthcoming iOS 13.2 software update for HomePod. (Update: The 13.2 update came out for the HomePod and Spotify is still incompatible.)

With SiriKit for audio apps, Spotify can now behave like Apple Music when it comes to Siri commands on iOS. You can ask Siri things like ‘Play (album name) on Spotify’, ‘Play the latest song by (artist name) using Spotify’, or even ‘Spotify (playlist name) playlist’. The important thing is that you need to acknowledge that the command is intended for Spotify. Without an app name in the request, Siri will default to Apple Music (even if the Apple Music app is uninstalled). 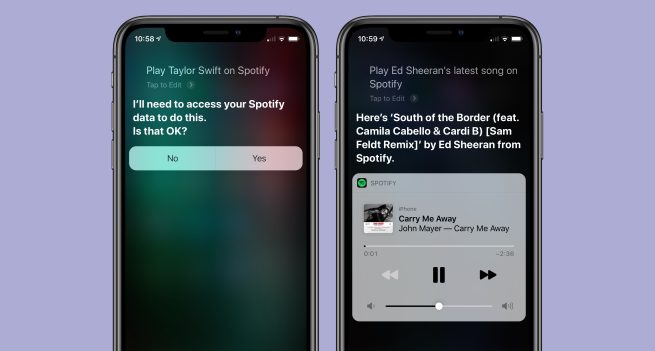 The update also supports the new Low Data Mode in iOS 13. Low Data Mode doesn’t do anything on its own, it is a signal for apps to behave differently and use less data… of course, this needs app support. For Spotify, when it detects the device is in Low Data Mode, it will automatically activate its Data Saver music streaming mode.

Spotify is also debuting an Apple TV app today for the Apple TV HD and Apple TV 4K. You can download it now in the tvOS App Store. See what it looks like with these screenshots (via iCulture):

The Apple TV app still appears to be propagating around the world, so try searching the tvOS App Store later if you can’t find it right now.

Today’s update should be welcome news to Spotify users. The addition of Siri and Apple TV support checks off two big features from the Spotify-Apple Music feature comparison chart.