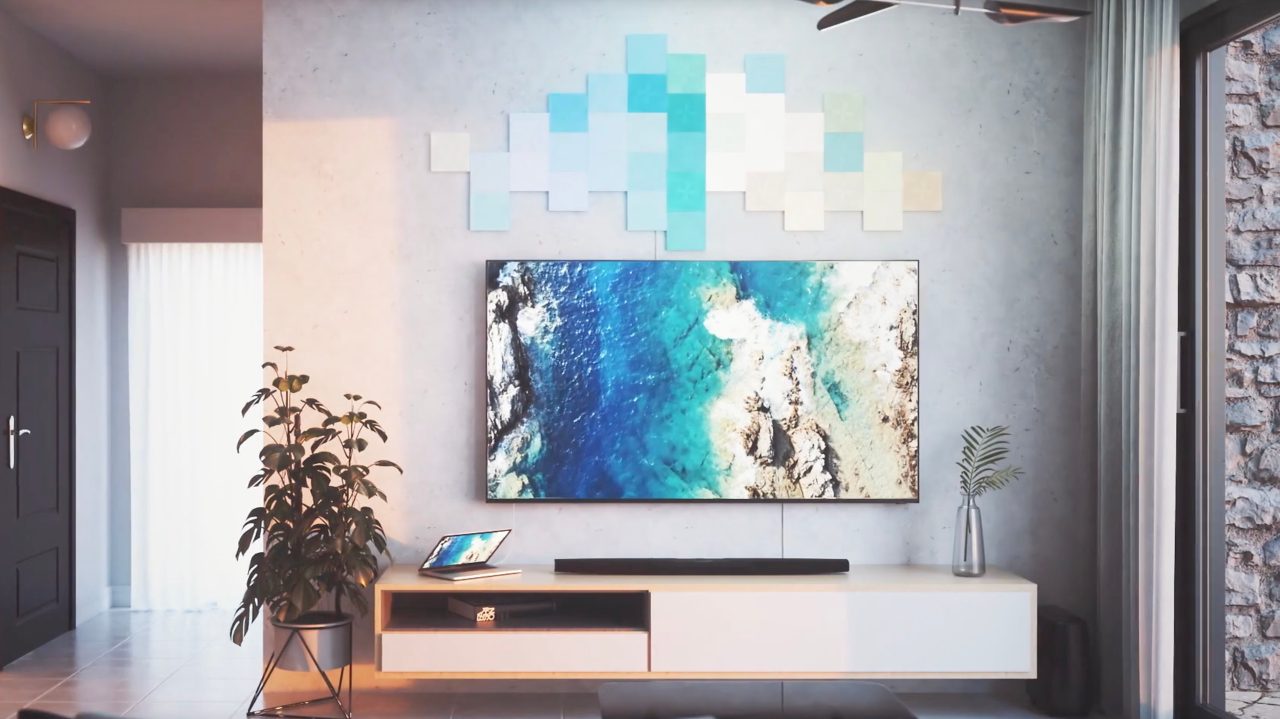 The popular smart lighting accessory company Nanoleaf has introduced a new feature called Screen Mirror. The company touts that this feature “creates an immersive theatre-like experience” by mirroring your on-screen activity onto your Nanoleaf Light Panels and Nanoleaf Canvas.

Using a new version of the Nanoleaf Desktop App, available for Mac and Windows, you can enable the Screen Mirror feature to have your Nanoleaf lights react in real-time to what’s on your screen.

Nanoleaf’s Screen Mirror has four visual modes to fit different moods and occasions. Choose ‘Match’ mode to amplify an adrenaline-filled action movie, transporting you from your couch and right into the scene; or try the more subtle ‘Melt’ to subtly transition between sequences when you’re watching an art house film filled with rich color palettes.

There are some limitations to how this Screen Mirror feature works. Nanoleaf says that Screen Mirror “requires a connection from TV to computer to operate.” This means your TV must be connected to your computer in order to have the contents mirrored,

Furthermore, Netflix on Mac computers is not compatible with the feature. Anything else you view on your Mac, however, should be able to transform using Nanoleaf’s Screen Mirror.

The new Nanoleaf Screen Mirror feature works with the Nanoleaf Light Panels and Nanoleaf Canvas. You can download the new Nanoleaf app for Mac here. Check out a video of the feature in action below.