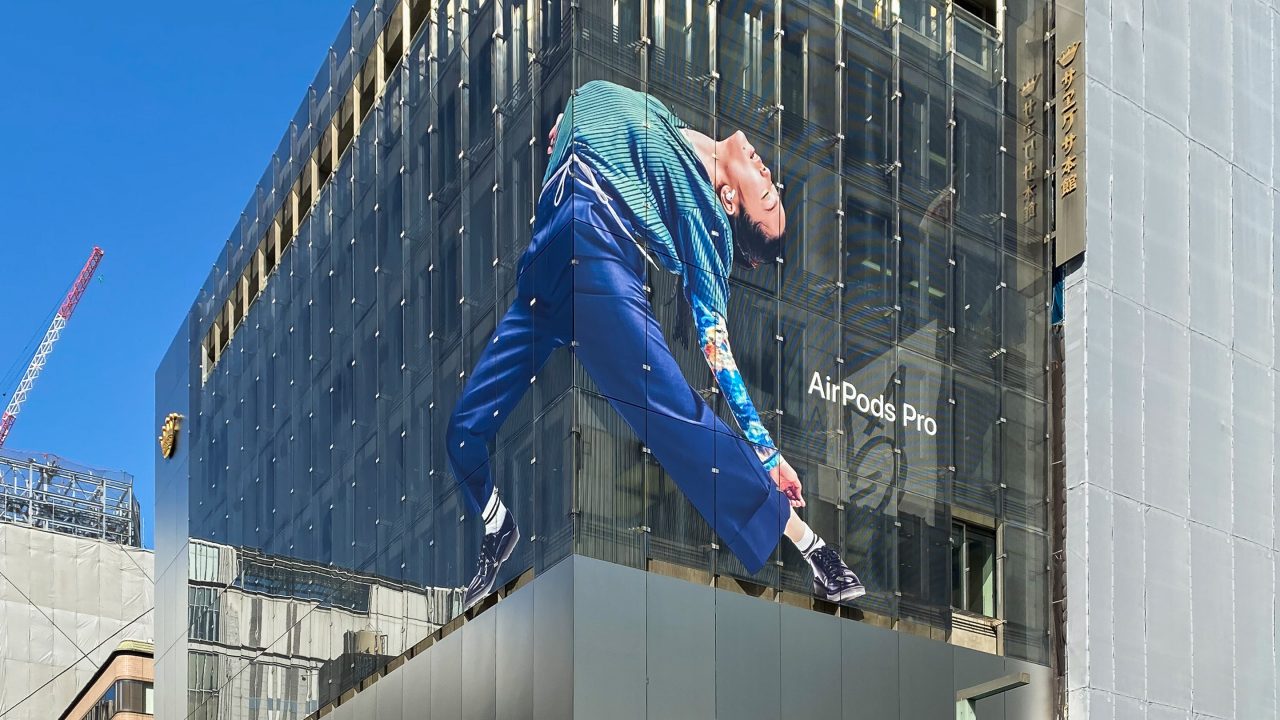 Apple is celebrating the arrival of AirPods Pro across the world with lively banners and special new displays at a select number of its retail stores. The custom decals and fixtures are timed to coincide with availability of the headphones in-store and online beginning October 30.

Energetic, floor-to-ceiling photography depicts people dancing and listening to music while wearing AirPods Pro. The window displays are precision cut and doubled-sided, allowing viewing from the street or inside the store. At Apple Fifth Avenue, a special video projection above the iconic glass cube turns the GM Building into a dance party.

We’ll update this list if more locations are discovered. 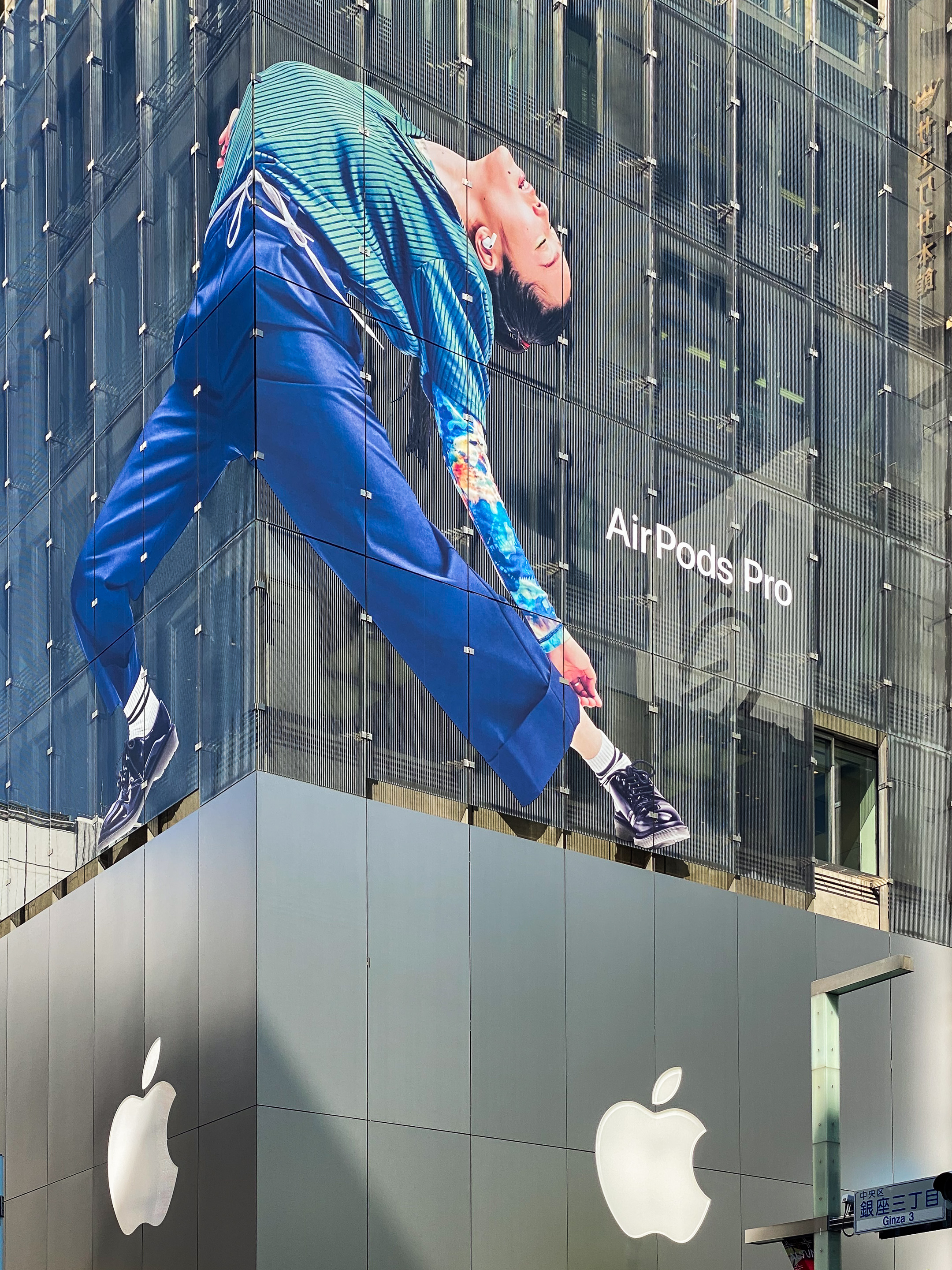 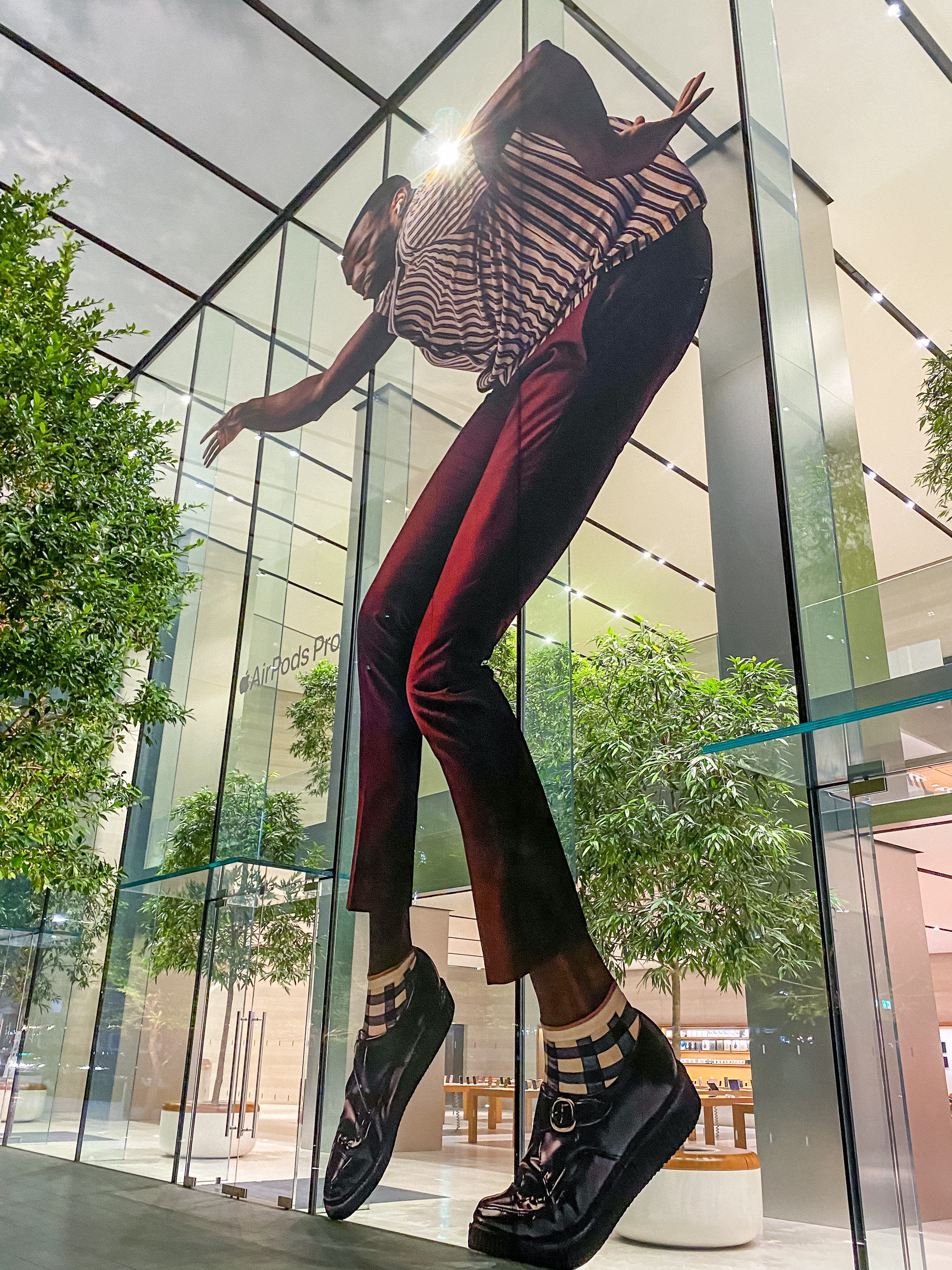 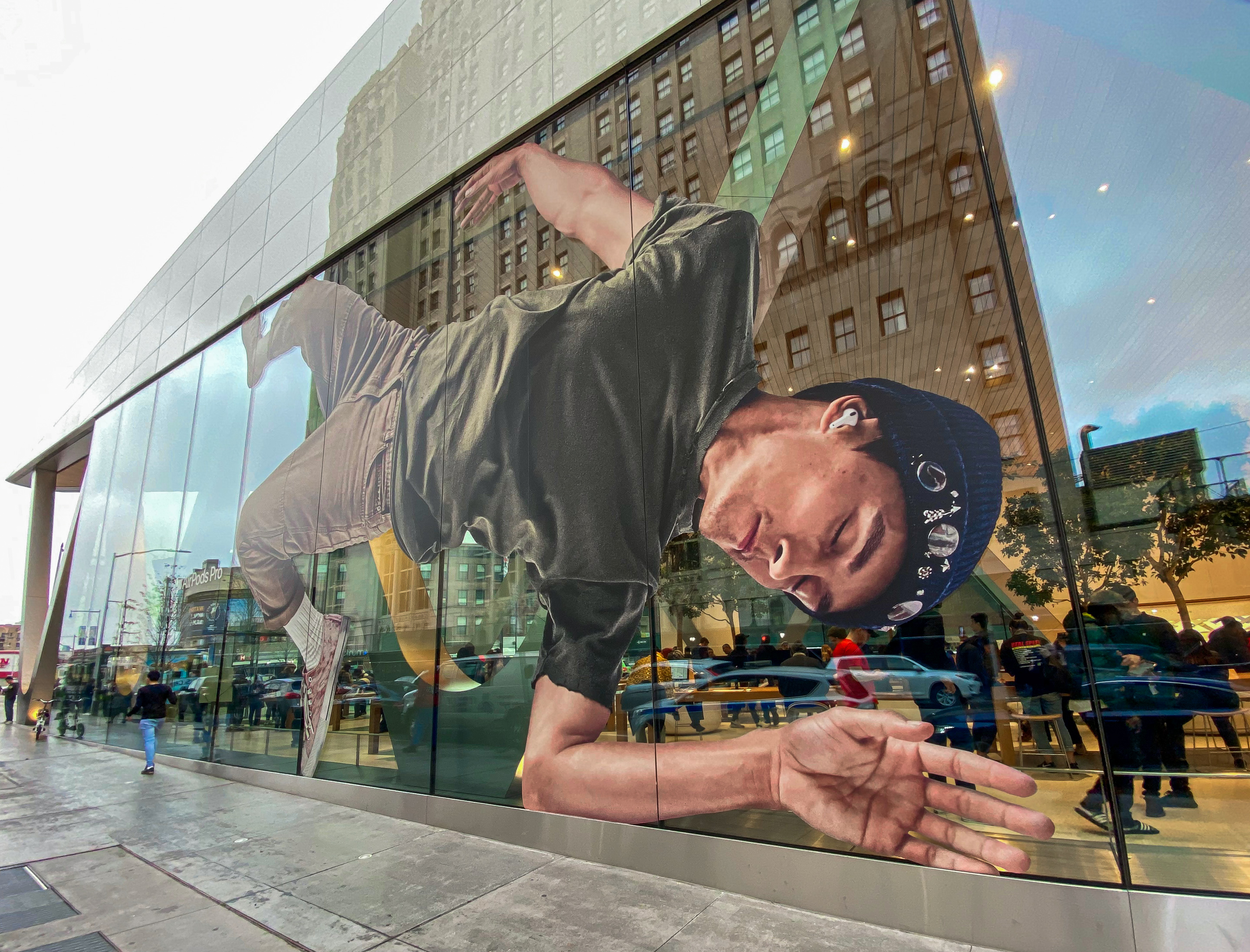 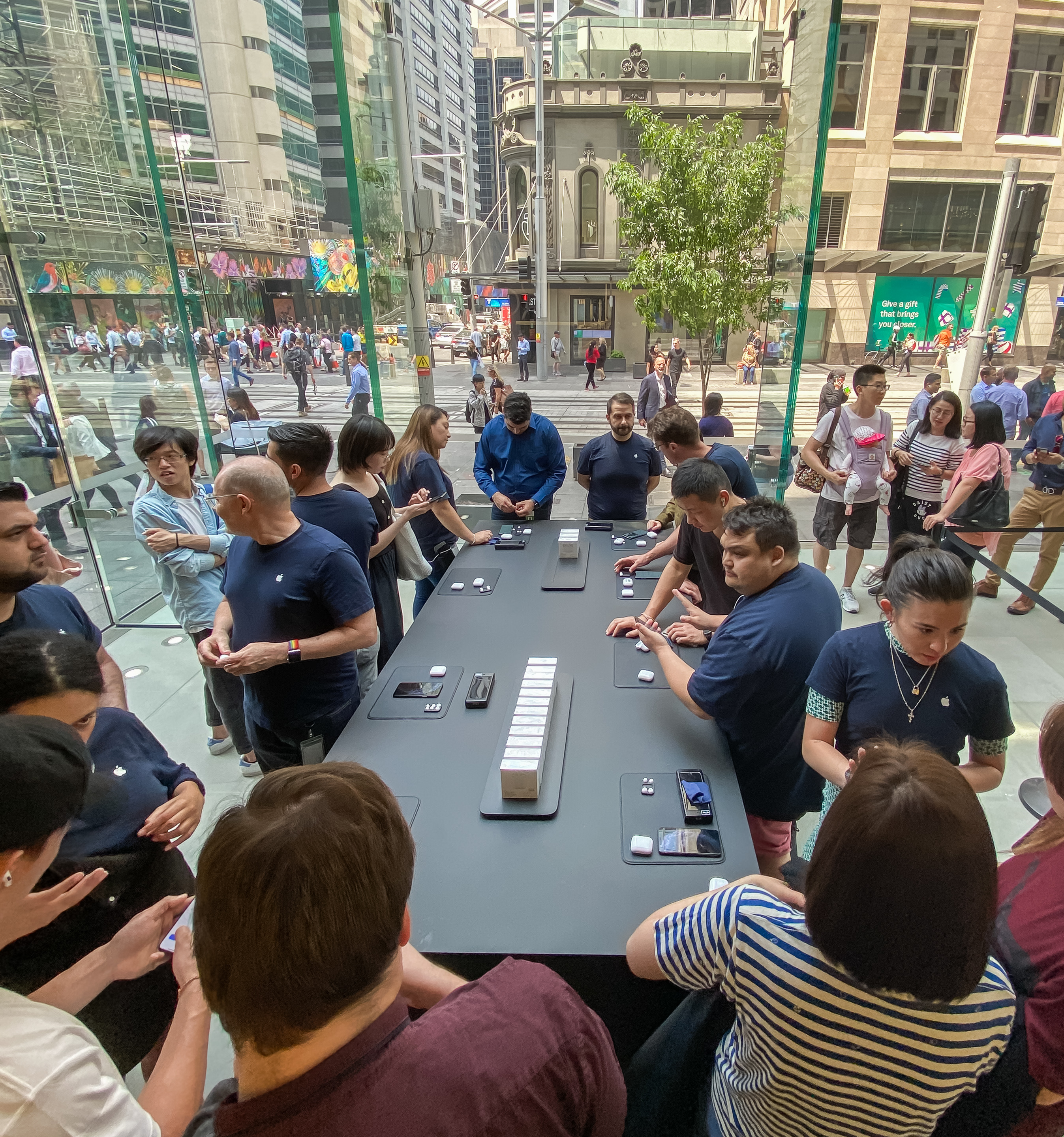 Apple has also introduced a custom try-on and comparison experience to as few as 10 stores for the AirPods Pro launch. A new black table merchandises boxes of the headphones on color-matched planks, surrounded by black leather try-on mats. iPhones paired with standard AirPods and AirPods Pro are provided to compare the difference in fit, audio quality, and noise cancellation. A tray holds various sizes of ear tips. 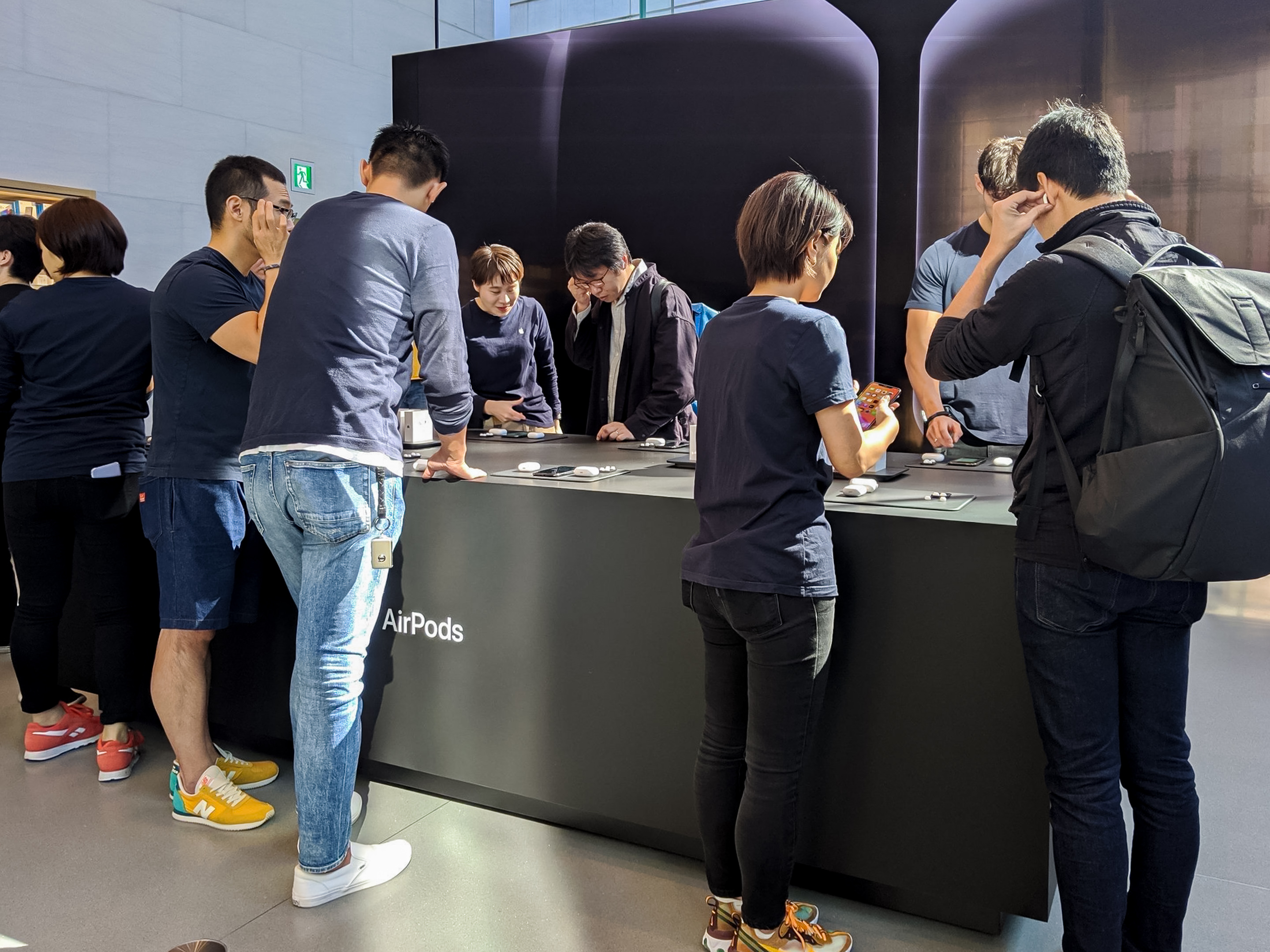 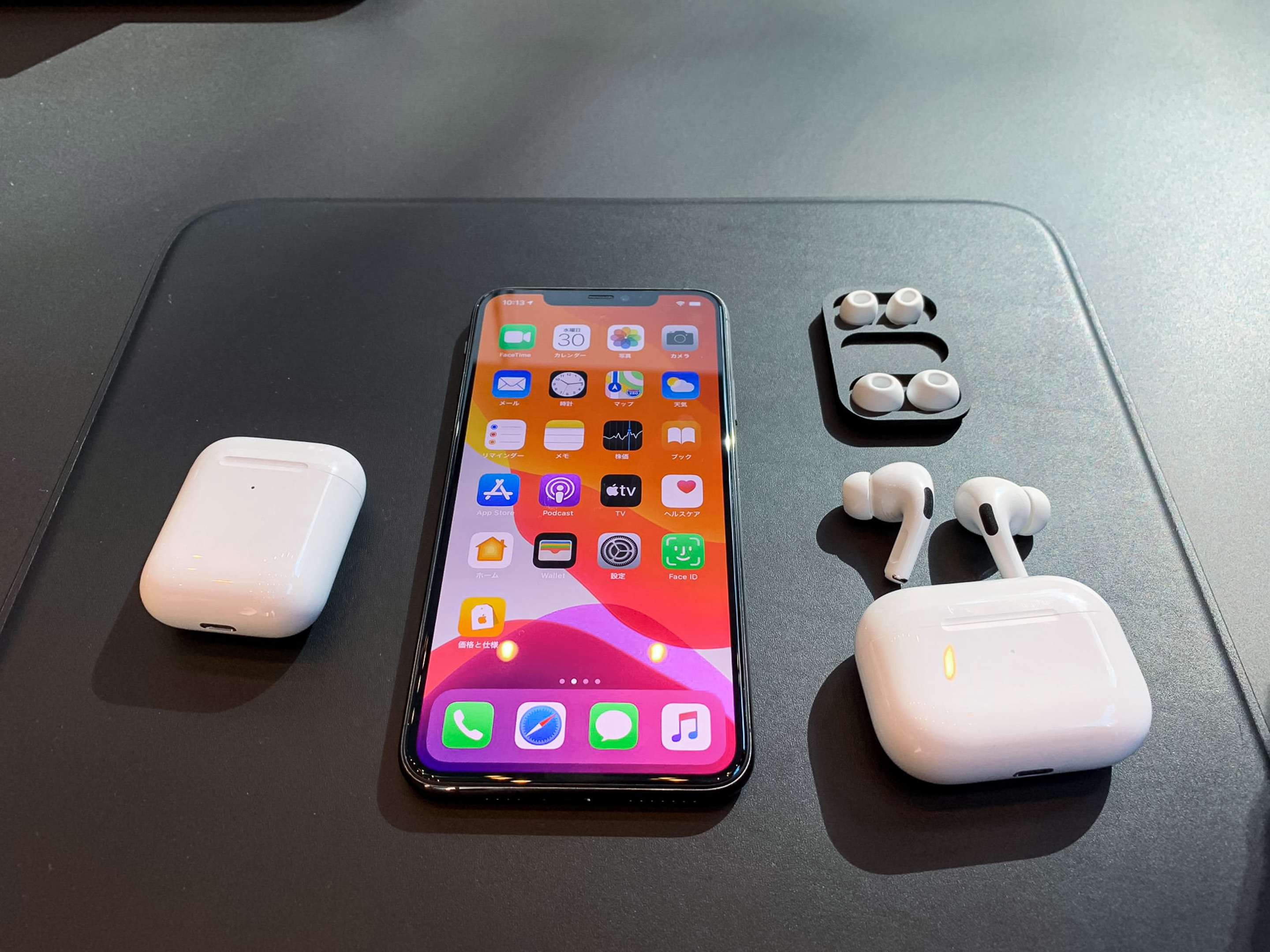 This week’s Apple Store displays follow backlit window fixtures designed for the launch of the iPhone 11 and 11 Pro in September. The installations, which featured polished 3D text on pedestals reading “11” and “Pro,” may return to locations with AirPods Pro banners after the promotion ends. Window displays and custom in-store fixtures — like the 3D Touch table — were a favorite Apple Store tradition for many years, but had largely disappeared before returning this fall to the delight of customers.

If you spot an AirPods Pro banner or comparison table at your local store, we’d love to see and share your photos. Follow our retail guide for in-depth coverage of the latest Apple Store news.

I took a few pics this morning in Omotesando pic.twitter.com/16YTDipAAN

.@MichaelSteeber check out that pattern-matched poster, too! pic.twitter.com/59xs0nUl4m

So we did a thing… AirPods Pro!!!! Thanks Third Street for letting me join this one of a kind experience! Go check out Apple Park Visitor Center and Fifth Ave as well! #airpodspro #apple