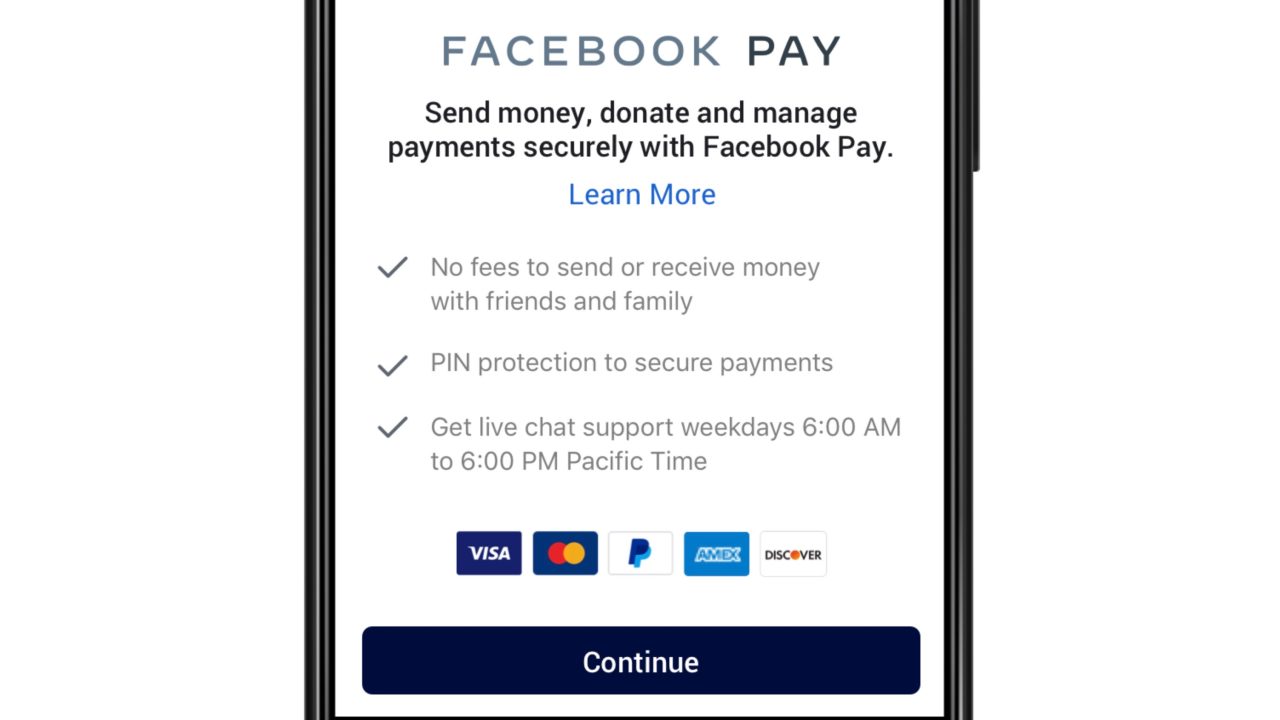 Facebook is further expanding its commerce efforts today, for better or for worse. The company has announced its new Facebook Pay platform, which will eventually work across Facebook, Messenger, WhatsApp, and Instagram and competes with Apple Pay.

Facebook Pay will first be supported in the Facebook and Messenger applications in the United States. You’ll be able to use Facebook Pay for charity donations, in-game purchases, event tickets, person-to-person payments, and purchases from Pages and businesses on Facebook Marketplace.

Over time, Facebook says that it plans to bring Facebook Pay to “more people and places, including for use across Instagram and WhatsApp. It’s unclear whether Facebook Pay will also expand to third-party apps, like Apple Pay has. Of course, Apple Pay is far wider than Facebook Pay, thanks to NFC support for in-store payments and more.

Facebook Pay supports credit and debit cards, as well as PayPal. Payments are processed in partnership with companies like PayPal and Stripe. “Facebook Pay is built on existing financial infrastructure and partnerships,” Facebook says.

As far as security, Facebook says that Facebook Pay supports adding a PIN, as well as using biometrics such as Face ID and Touch ID:

With Facebook Pay, we’re continuing to invest in security. We designed Facebook Pay to securely store and encrypt your card and bank account numbers, perform anti-fraud monitoring on our systems to detect unauthorized activity, and provide notifications for account activity.

You can also add a PIN or use your device biometrics, such as touch or face ID recognition, for an extra layer of security when sending money or making a payment.