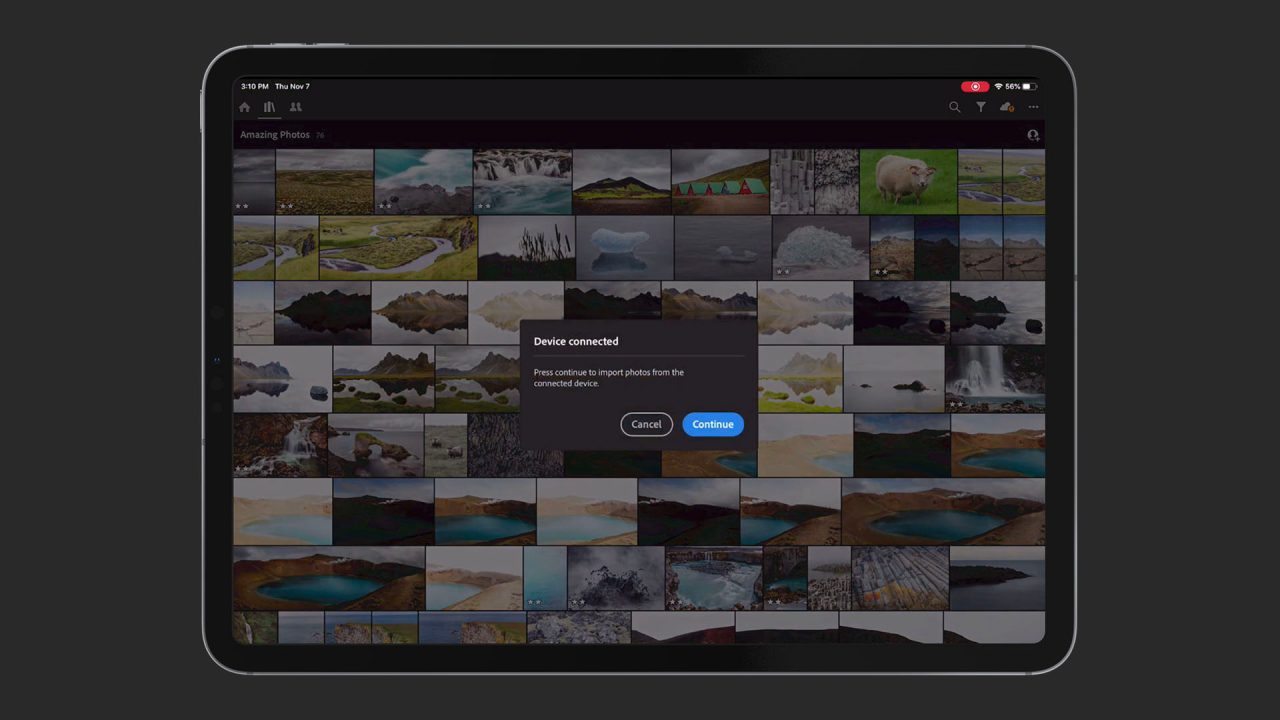 Adobe today shared a new video previewing an upcoming version of Lightroom on iPad with a feature users have been requesting nearly as long as the app has existed — the ability to directly import photos from an attached camera.

As of today, getting your photos into Lightroom on iPad is a cumbersome process. Attaching a camera or SD card opens the native Photos app, where your images must be imported and then added to Lightroom afterward. This leaves duplicate photos on your device until you manually delete the images from the Photos app. Demand for a better solution was only amplified when Apple added a USB-C port to the iPad Pro.

Last January, Adobe added support for Siri Shortcuts to Lightroom, which enabled users to create workarounds that automated the import and deletion process. Still, the experience was not seamless.

For customers on iPadOS 13.2 or later, the next release of Lightroom will allow you to attach a camera or SD card to your iPad and start importing images right away without leaving the Lightroom app. The feature fully supports RAW photo import and the ability to delete images from the attached device after import is complete.

The next release of Lightroom on iOS will also add advanced export settings, first introduced on the desktop earlier this month at Adobe MAX. We chatted with Lightroom’s product manager at MAX to learn more about the app’s future.

Check out the video below for a preview of direct import in Lightroom, and look for the update to be released before the end of the year: