Poll: Is the 2019 Motorola Razr a better approach to a foldable iPhone? 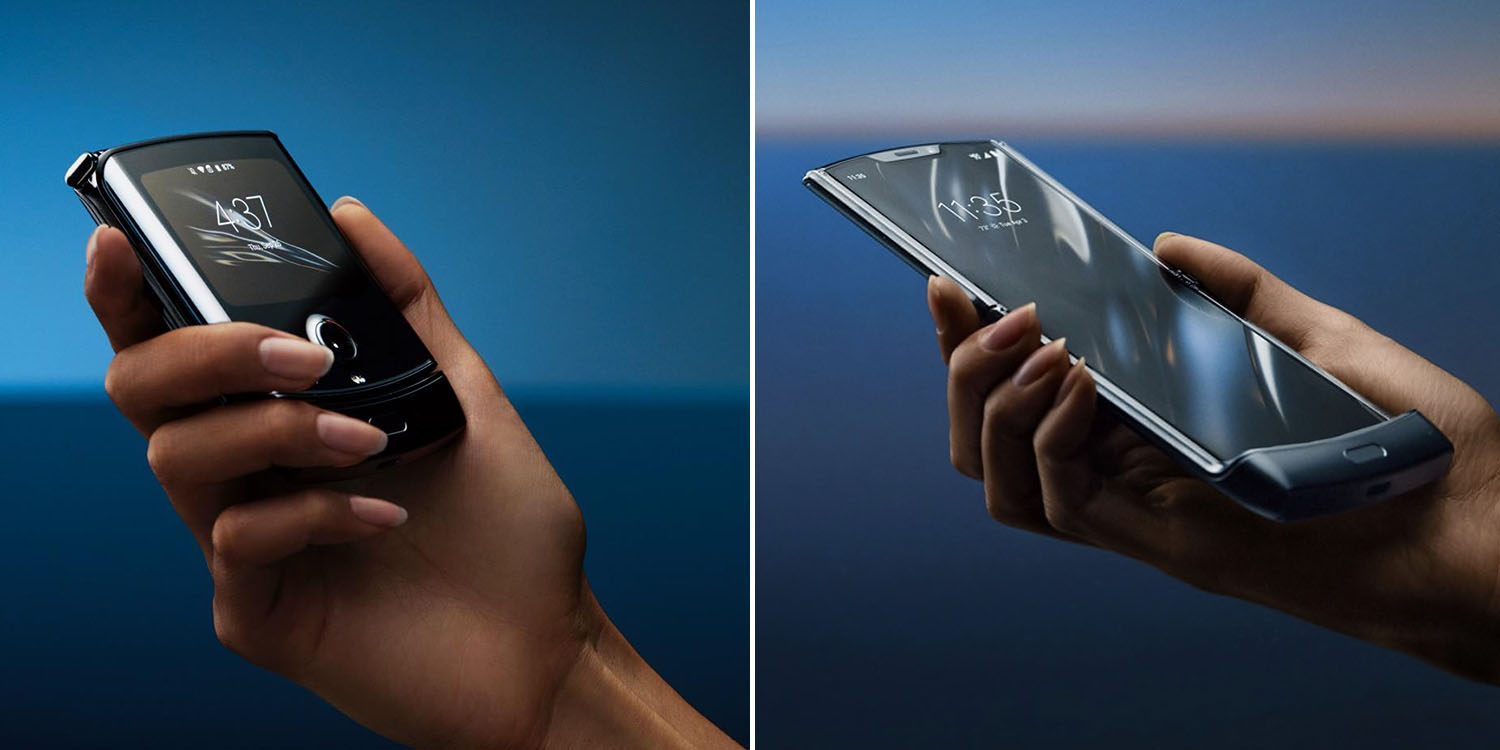 It’s likely only a matter of time before we get a foldable iPhone of some kind. The question is: what kind?

So far, the assumption has been on something iPhone sized which effectively unfolds into an iPad-like device. But Motorola has taken a very different approach with its brand new take on the iconic Razr…

The Samsung Galaxy Fold is the best-known example of the ‘phone that unfolds into a tablet’ approach. When folded, it measures 6.4 inches by 4.7 inches. That’s roughly the same height as an iPhone 11 Pro Max, though around 1.5 inches wider. Unfolded, you get a 7.3-inch screen. That’s slightly smaller than the 7.9-inch iPad mini.

While I do like the idea of a phone that turns into a tablet, the Galaxy Fold is too great a compromise for me. You’re getting a not-very-pocketable phone that unfolds into a not-very-large tablet.

But the approach Motorola has taken with its retro-based Razr, launched yesterday, is an interesting one. Instead of trying to make a normal-sized or over-sized phone into a tablet, it’s gone for making a normal-sized phone more pocketable.

Folded, it measures just 3.7 inches by 2.8 inches. Unfolded, you get a 6.2-inch screen. So you go from something supremely pocketable to a display midway between the iPhone 11 Pro and Pro Max.

There’s an additional display on the front when folded.

When closed, it keeps the original look of the flip phone, albeit wider. In clamshell mode, there is an outer 2.7-inch 800 x 600 “Quick View” screen that notes networking and battery status up top, followed by the time, date and weather. It’s primarily intended for managing and responding notifications, but there are shortcuts at the bottom for key tasks like music and messaging. The Google Assistant is also available.

Opening will automatically move Quick View content into the main screen, like other Android Foldables. The Motorola Razr has a very tall 6.2-inch 2142 x 876 “Flex View” OLED that’s on the narrow side at 21:9

You could think of that as effectively an Apple Watch. It does the same job of displaying notifications and other at-a-glance info.

I find that an appealing proposition. Regular readers will know I was a big fan of the iPhone SE, in part due to the classic slab-sided design (which it appears we’ll get back in next year’s iPhones), but also because of its pocketability. My iPhone 11 Pro is fine in a jacket pocket, and in suit trousers, chinos and the like – but it’s a tight fit in jeans pockets, especially when sitting down or cycling. Something that gives me an even bigger screen in a device that slips comfortably into any pocket is a very nice proposition.

I’m in Buenos Aires at the moment, where pick-pocketing is extremely common. I got a first-hand demonstration of this a couple of days ago when someone managed to help themselves to the cash in my right-hand trouser pocket in the few hundred feet between our hotel and a taxi.

That wasn’t a big deal: I’d been warned, so most of my money was in my sock, with only the equivalent of around $15 in my pocket – but it’s too hot to wear a jacket, so that did make me rather paranoid about losing my iPhone in the same way. Something Razr-sized that sits deep within a pocket would provide peace of mind.

Of course, whichever approach Apple takes, we’re not going to see it anytime soon. Apple never rushes into new technology, and with good reason: Samsung demonstrated the risks of being on the bleeding edge with the disastrous launch of the Galaxy Fold. Current folding screens are very fragile, and I’m not sure I’d be rushing out to buy a Razr right now even if I were in the market for an Android phone.

But it is an interesting alternative approach to a folding phone. So if Apple were to offer a foldable iPhone, which approach should it take? The Samsung one, with a normal(ish) phone that folds out into a small tablet? Or the Motorola one, with a normal-sized display that folds into the most pocketable smartphone on the market? Please take our poll, and share your thoughts in the comments.