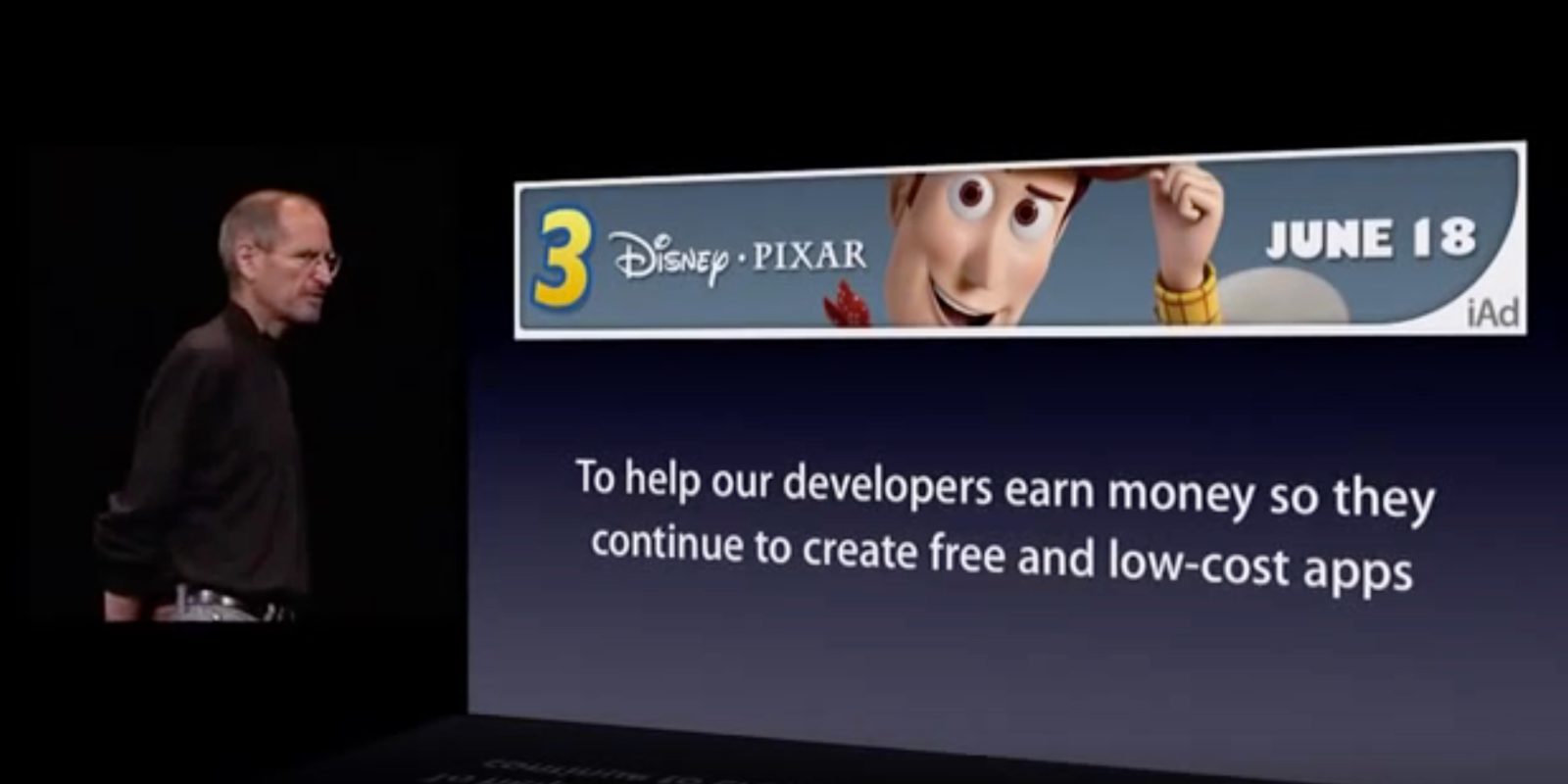 Update: We have since heard from reputable source that the ‘laptop theft’ part of this story is highly unlikely to be true, or at least represents a heavily embellished version. Original post follows, but make of it what you will.

Andy Miller started Quattro Wireless in 2006. The company was acquired by Apple in 2009 and Miller led the Apple mobile advertising group that created the iAd effort which launched to much fanfare in 2010 but interest from advertisers petered out quickly and Apple as a company has distanced itself from the advertising business ever since.

Nevertheless, in a new video interview, Miller tells a never-before-reported story of how Quattro Wireless was acquired and (in retrospect) a hilarious anecdote about the stresses of working with Steve Jobs, which involved Miller accidentally stealing Jobs’ laptop from his office… and he says he still has Jobs’ mouse at his home. Watch the video after the jump…

Jobs phoned Miller out of the blue in 2009 and he initially thought it was a prank. After Apple’s corporate head called him back, he finally took the call and Jobs told him over the phone they wanted to buy his company and summoned him to a meeting as soon as possible.

Miller discusses how some of Apple’s executive team prepped Miller on Jobs’ quirks so that he would have a better shot at appeasing the CEO when the final sign-off board meeting happened.

In somewhat of a predatory move, Miller says he had previously agreed on an acquisition price of $325 million but Jobs ‘retraded’ the deal in the room and settled at $275 million instead, with Jobs threatening to ban the Quattro Wireless SDK from the iPhone if the reduced price offer wasn’t agreed.

So how did Miller eventually steal Jobs’ laptop? Well, once he joined Apple, his team was tasked with inventing example ads that would demonstrate the potential of the iAd platform. Miller and co. mocked up ads featuring Sears and McDonald’s and presented the creative to the Apple executive team.

“After about ten minutes, everyone was laughing except for Steve, I thought I’m ****ed”, he says. Jobs hated the brands for being low quality and not reflective of Apple’s high-end aesthetic. After several rounds of this, Jobs calls Miller into his office and ‘rips him a new one’. He finally tells him to get out of his face and go and talk to marcom who would arrange better ads. Miller hastily collects his possessions and without realizing it accidentally packs Steve’s laptop and mouse into his bag.

When he gets to the marcom department, he says the team was already crafting ads featuring brands they knew Jobs would like Disney, Dyson, and Target. He switches his phone off to concentrate on the work. About half an hour later, two security guards (police officers?) walk in and someone passes him a phone. Jobs is on the other end of the line and says ‘why did you steal my laptop?’.

Miller explains the mistake and somehow convinces Jobs that he hadn’t copied secrets off his personal computer in the intervening minutes in a protesting rage. However, at that point, he thought he was fired and only gave back Jobs’ laptop and mouse pad to the security guards. “I was keeping his ****ing mouse”, he recalled. To this day, Miller says he still has Steve Jobs’ mouse kept in his house.

Easily among one of the best new Jobs story we’ve heard this decade, you have to hear it for yourself. Watch it in the video below. The acquisition story starts at about 24 minutes, but keep watching for the comedy that ensues once Miller is instated (which begins around 44 minutes in).