HomeKit Secure Video is a privacy win, but expect some missing features for now 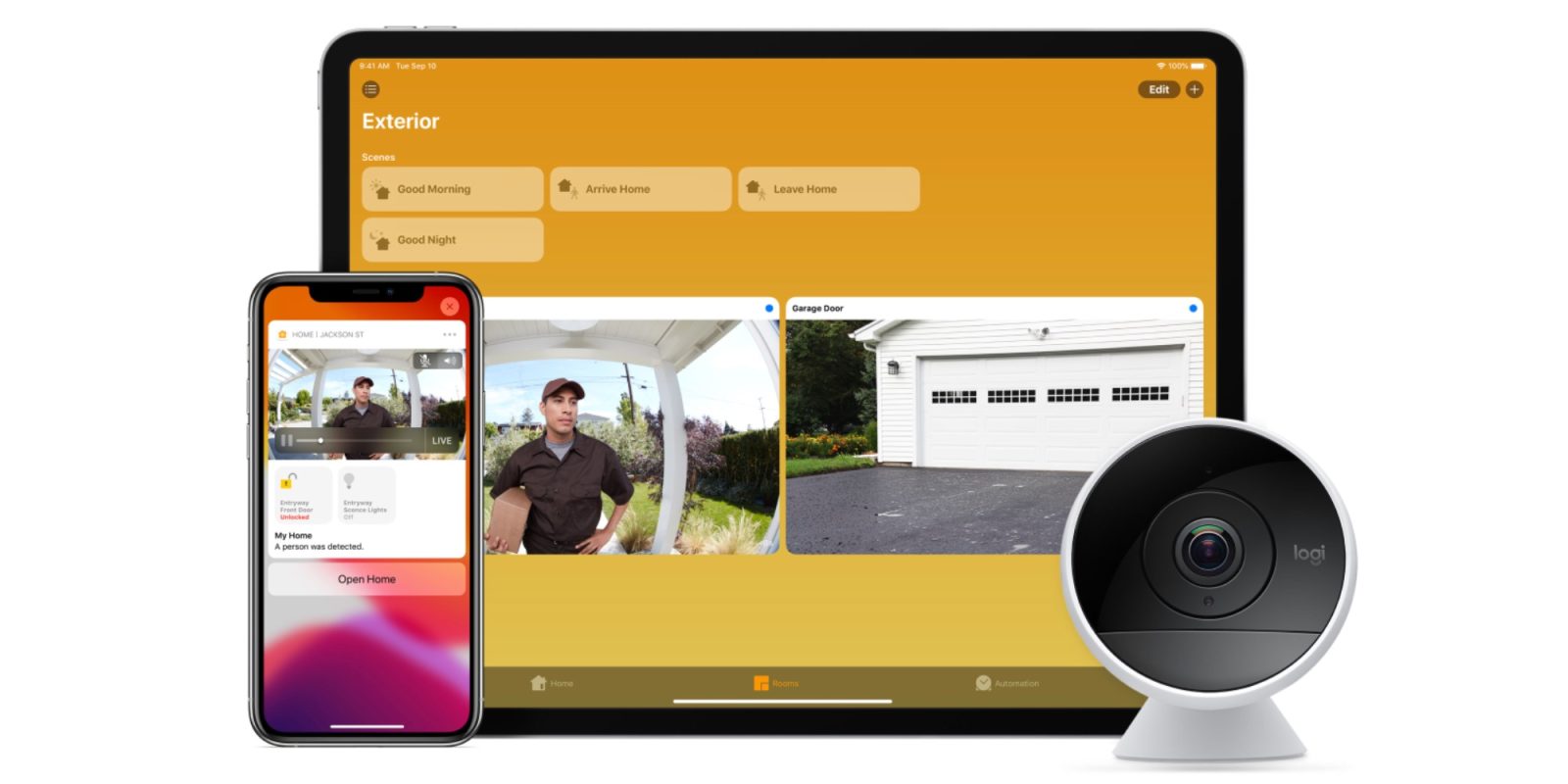 Turning a camera on and off

HomeKit Secure Video cameras can be set to record clips and stream video, only stream, or turned off individually, and each mode can be assigned to when people are home or away.

But something Stephen Hackett asked me over the weekend is if it’s possible to turn cameras on and off without location. In his case, he would like to use HomeKit Secure Video in his detached home office when he’s not inside, but geofencing control isn’t an option since the house and office are too close. 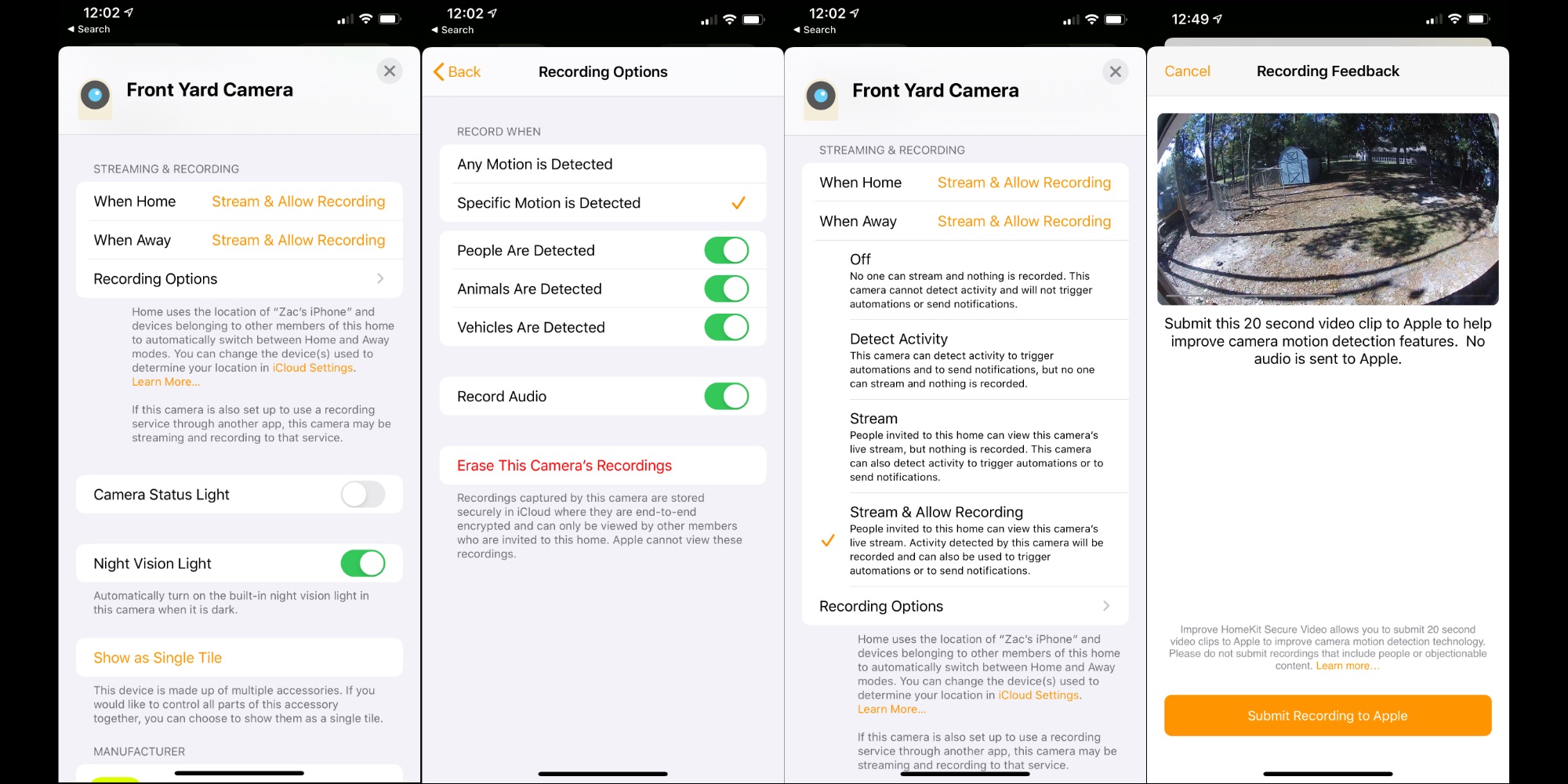 You can manually turn a camera on and off by digging through the camera’s settings in the Home app, but that’s just not smart home automation. My suggestion was connecting the HomeKit Secure Video camera to a HomeKit smart plug as a workaround. It’s not as elegant as it should be, but it’s a solution for now.

In the future, Apple should make turning HomeKit Secure Video cameras on and off as easy to turning a light on and off in the Home app. Allowing HomeKit Secure Video cameras to be controlled through Siri, Control Center, scenes, automations, and the Shortcuts app would be a remedy. That would also open up time-based mode switching for cameras — like turning off recording and streaming during work hours.

One of the surprising things about HomeKit Secure Video is how the Logitech app can no longer access the Circle 2 camera after switching to Apple’s feature. There’s plenty of warning before the firmware update is applied, but it does mean losing features specific to Logitech’s app.

For example, Logitech included toggles for setting the Circle 2 camera to capture video in 720p HD or 1080p Full HD. The lower resolution option was ideal for improving performance on slower networks, but Apple’s Home app defaults the cameras to 1080p with no toggle. Apple’s Home app also lacks the ability to change perspectives from super wide to regular.

With the arrival of HomeKit Secure Video, customers of non-HomeKit cameras are more tempted than ever to replace Nest and Canary security cameras with Logitech Circle 2 cameras and whichever cameras include support next.

But Apple hasn’t included one of the more common home security camera features with HomeKit Secure Video. Many cameras let you draw an area around its field of view to focus on specific areas from detecting motion. For example, you may want to ignore your street for vehicle motion but include your driveway. 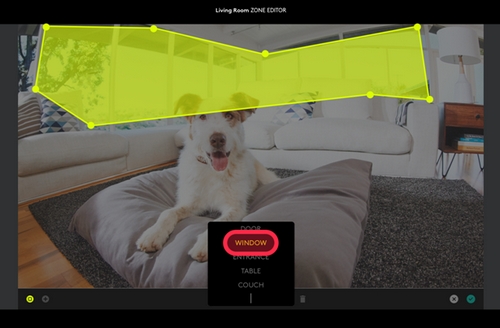 A zones feature seems like an obvious next feature for Apple to add now that it’s controlling HomeKit camera features.

In general, one common complaint among HomeKit Secure Video early adopters is the complexity of the user interface for reviewing clips. It’s hard to discover, and it’s cumbersome to navigate. The interface is usable, but it isn’t as user-friendly as other apps yet.

For me, there’s one Logitech Circle 2 app feature that I really miss with HomeKit Secure Video and the Home app. Logitech included a free feature for viewing a time-lapse video of the last day for easily reviewing activity.

Apple’s Home app lets you play a full day’s video of clips all at once, but the time-lapse version is easier to review quickly.

Where do you view HomeKit Secure Video streams and recordings? Apple’s Home app. Where is Apple’s Home app? iPhone, iPad, iPod touch, and Mac (the Apple Watch Home app is only for viewing live streams). There’s one big screen that’s great for watching video but doesn’t have the Home app: Apple TV. 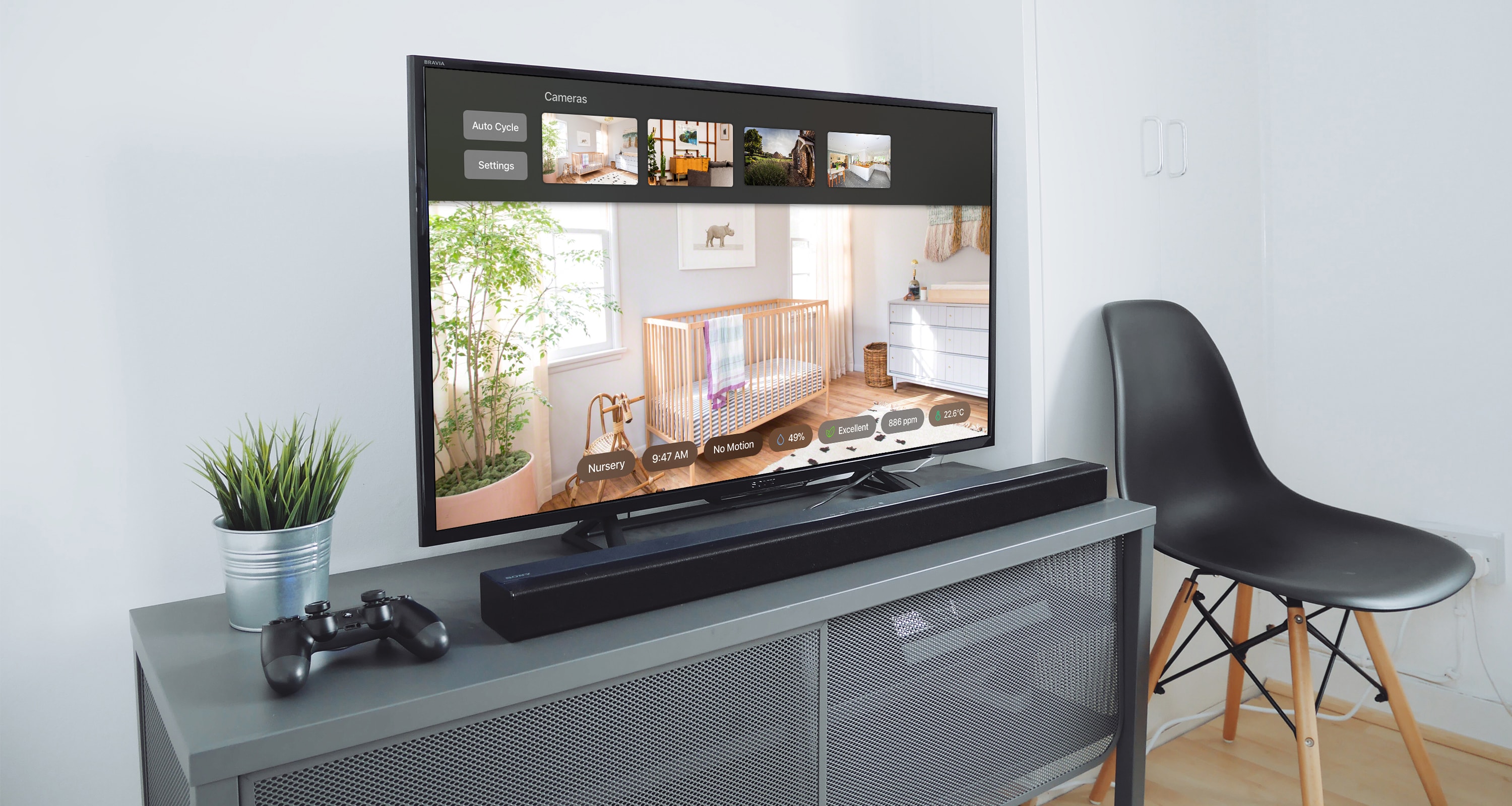 Fortunately, Aaron Pearce develops the awesome HomeCam app which lets you view HomeKit video streams from the Apple TV. The bad news is that HomeKit Secure Video features beyond live streaming are only in Apple’s Home app.

Here’s to hoping for an official Home app for Apple TV in tvOS 14!

Apple is off to a good start with HomeKit Secure Video, and we’re only working with the initial release version this year. Going forward, Apple will need to keep up with smart camera features from other vendors to avoid being the private but basic version of smart home security cameras.