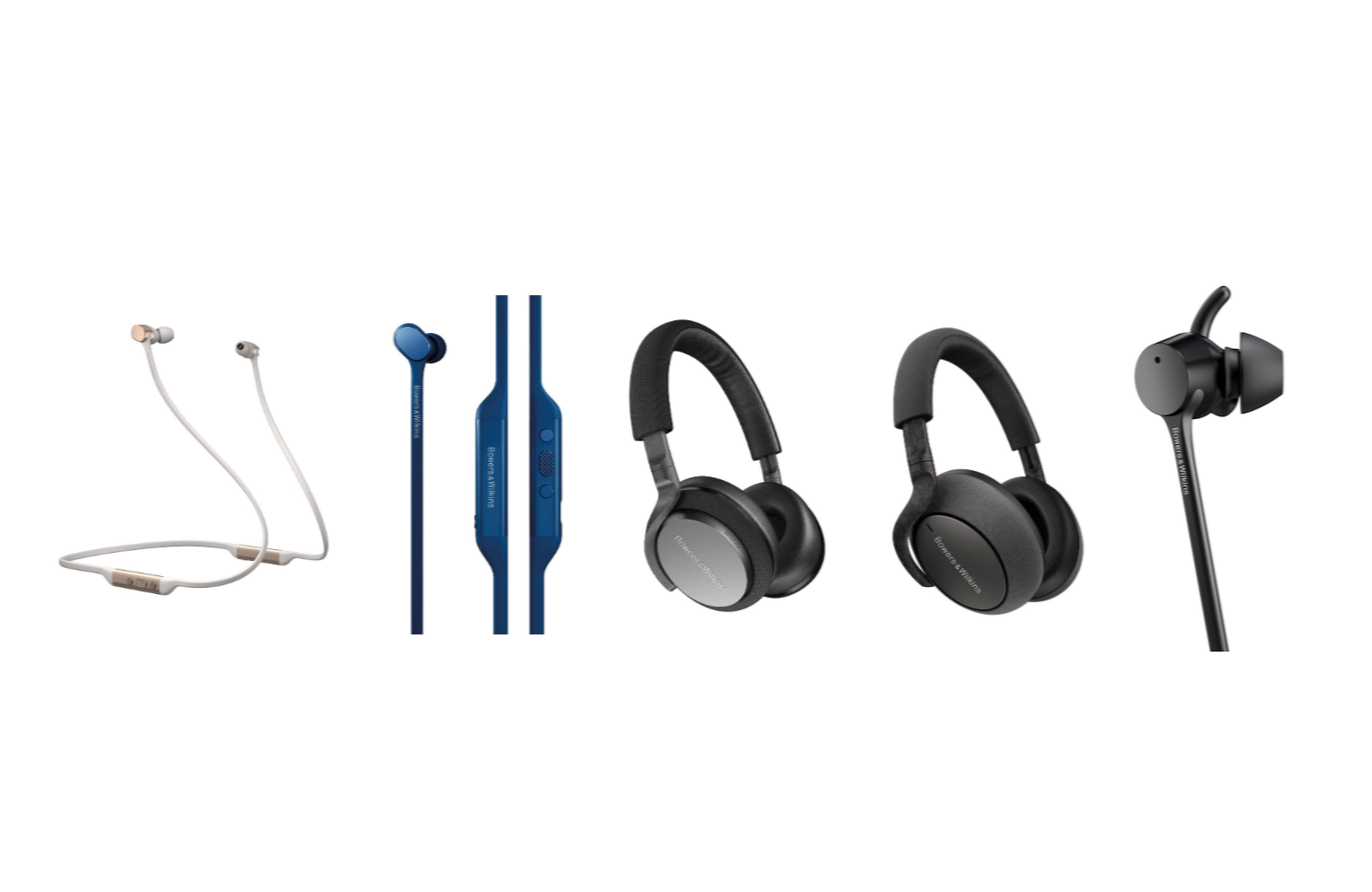 Head below for a look at the full new collection:

These are the most premium model in the new lineup including true over-ear cups to achieve the best complete noise cancellation possible. They also include 43.6mm drivers, which the company notes are now the largest in its headphone collection. A single charge over USB-C offers around 30 hours of uninterrupted playback, while a quick 15 minute charge will give you around 5 hours of audio playback when needed. A carbon fiber composite material covering the arms is made for ultimate durability strength and light weight. The ear cushions are made from synthetic material that provides a comfortable acoustic seal that likely won’t crack, fade or age as easily as leather or other materials.

In addition, the PX7’s have proximity sensors built into both ear cups allowing for automatic pausing and resuming of audio when lifted on and off your ears. All of the new headphones also work with the Bowers & Wilkins Headphone App for iOS that allows further customization for preferences such as the level of voice pass-through for noise cancellation and the sensitivity of the proximity sensors.

You can buy them now in Space Gray or Silver color options for $399.

The PX5 headphones offer similar features to the PX7 in a smaller, lighter package and the same premium carbon fiber composite on the arms. While smaller and priced lower than the PX7’s, they still aim to offer a big sound experience with custom-designed 35mm drivers that- like the PX7’s- were created by the same team behind its 800 Diamond Series speakers that sell for upwards of $7000 per pair.

These also include Adaptive Active Noise Cancellation by using six microphones that block ambient noise during phone calls. Charging is done over USB-C the same as the PX7’s and the rest of the new lineup, but naturally offer a slightly smaller capacity of around 25 hours on a full charge. Like the PX7’s, you also get built-in proximity sensors in the ear cups allowing for automatic pausing and resuming of audio.

The PX5’s are available for $299 in Space Gray and Blue color options.

In addition to the new over-ear models above, Bowers & Wilkins also has two new pairs of in-ear headphones joining its lineup including the PI3 and PI4 models.

The PI3 pack in hybrid dual drivers together with separate amplifiers for an accurate and impressively wide soundstage in an incredibly small package compared to the competition. With fast USB-C charging, the PI3’s offer a solid 8 hours of interrupted playback on a single charge (or 2 hours with a quick 15-minute charge when necessary). They are coated in a soft flexible silicone and rubber and also have magnetic earbuds to keep them together and tangle-free when not in use. At $199, these pack in a lot of value compared to the alternatives for anyone looking to upgrade their sound quality from similarly priced options from Apple or Beats.

Both the PI3 and PI4 models have a built-in mic, but the PI4 includes Adaptive Active Noise Cancellation and a slightly longer 10 hours of uninterrupted playback on a single charge. Both models are available in Space Gray and Gold color options as pictured above with a blue option available for the PI3.