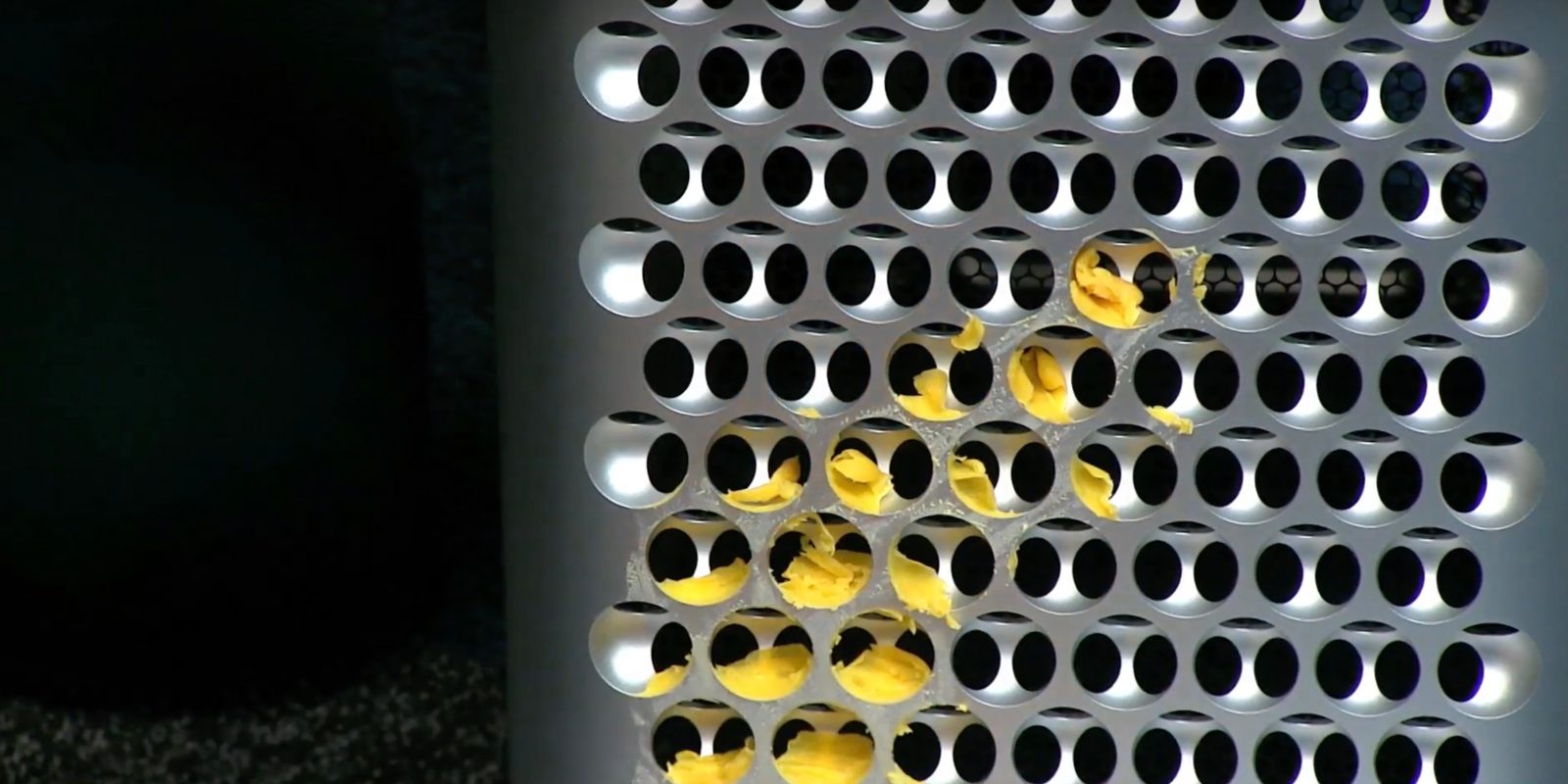 Continuing the recent tradition of doing a live initial look inside Apple’s machines as soon as they get them, iFixit is diving into the Mac Pro to check out the new modular pro desktop (and yep, they actually grated cheese with it 😅).

Now iFixit has got its hands on Apple’s new modular desktop for pros. Check out the initial detailed look inside the Mac Pro below…

Apple’s support resources have already shown off the internals of the Mac Pro. We’ve seen details about how to upgrade various components this week like RAM, or storage and GPUs with MPX modules.

But iFixit will soon do its deep dive into the machine. One fun tidbit iFixit noticed in this initial look is the DIMM slot panel covers have a space on the inside to label what RAM you have installed, similar to an electrical panel.

iFixit did actually grate some sharp cheddar cheese on the Mac Pro panel. It worked pretty well to shred the cheese but it all got stuck in the machine, haha. The full teardown should be posted by iFixit early next week.

They are also running a little contest for ideas on what they could use as a substitute for wheels on the bottom of the Mac Pro.

During the first look, iFixit’s Sam noted that “the mechanical design of this is so so cool.”

Check out the initial teardown below (note the audio isn’t live until about a minute into the video):