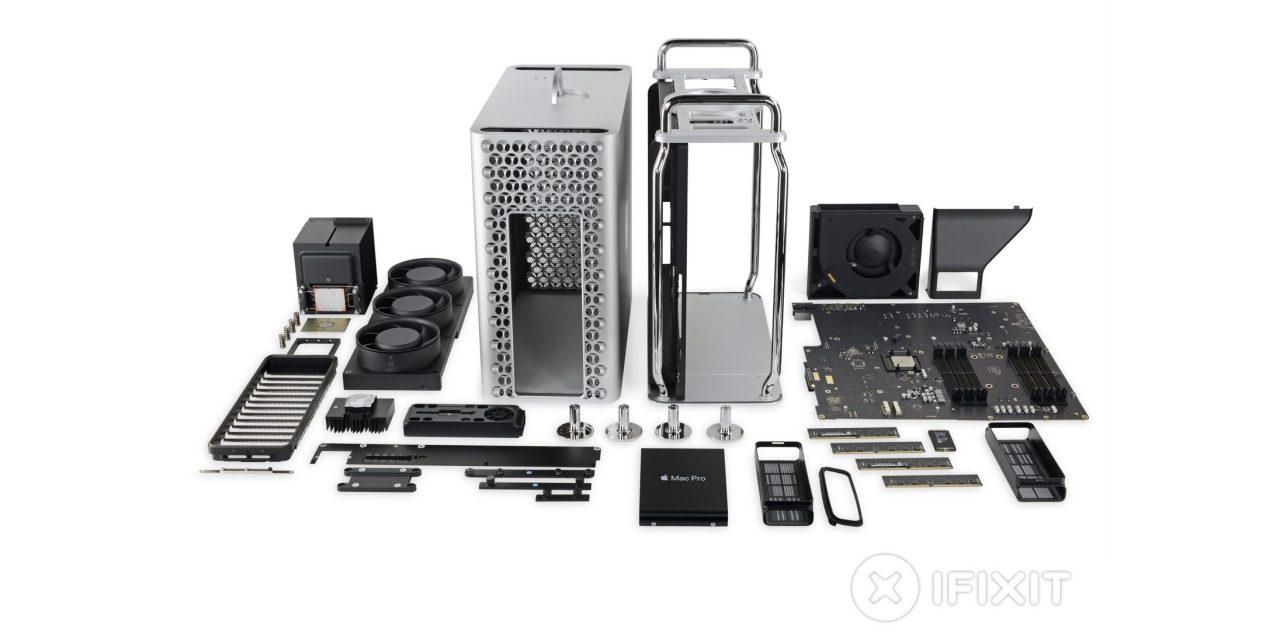 iFixit has completed its full teardown of the new Mac Pro. Given iFixit’s focus on repairability and that Apple’s new professional desktop is a modular machine, well, it got one of the highest ever ratings from iFixit — as far as Apple products go. Read on for some of the fun details like how the feet/wheels work, whether the built-in SSD and CPU are replaceable, where the speaker hides, a detailed look at the thermal system, and why it just missed out on a perfect rating from iFixit.

iFixit gave an initial look inside the Mac Pro (including some cheddar cheese grating) last week and shared its complete teardown today proclaiming “The new Mac Pro is a Fixmas miracle: beautiful, amazingly well put together, and a masterclass in repairability.”

Highlights include that many of the hardware components can be replaced without tools and those that need a tool often just require a Phillips screwdriver. While it’s more buried to get to and requires a few more tools, even the CPU seems to be replaceable.

While it took a bit of a trek, a CPU upgrade appears entirely possible—and well worth it, with an alleged cost savings of $1050 for an upgrade to 12 cores.

As for the built-in SSD, iFixit found it is removable but as the T2 is integrated, it won’t be user-replaceable.

We’re happy to see a modular SSD, but not happy knowing it’s bound to the T2 chip, meaning user-replacements are a no-go.

However, iFixit points out that it’s not too big a deal since Mac Pro customers can upgrade storage themselves in other ways like with MPX modules.

Another fun discovery that many have been wondering about is whether the feet will be user-removable to add wheels (or maybe something else?). Notably, Apple says you’ll need to have it replace the feet for wheels if you didn’t do it when purchasing it. However, iFixit found out that they are hard to remove but it is possible.

The feet are held in place with just one screw each—although the screws themselves are buried deep in slots in the space frame pillars, making them a bit awkward to access. We make do with a 4 mm hex key and a Mako driver for extra leverage.

All in all, iFixit gave the Mac Pro a 9/10 for repairability. Here’s the recap of all the reasons it got a high score, while a few small factors kept it from hitting 10/10.

Check out the full teardown over at iFixit. If you didn’t see iFixit grate cheddar cheese with the Mac Pro, you can check that out in the initial look at the machine below.