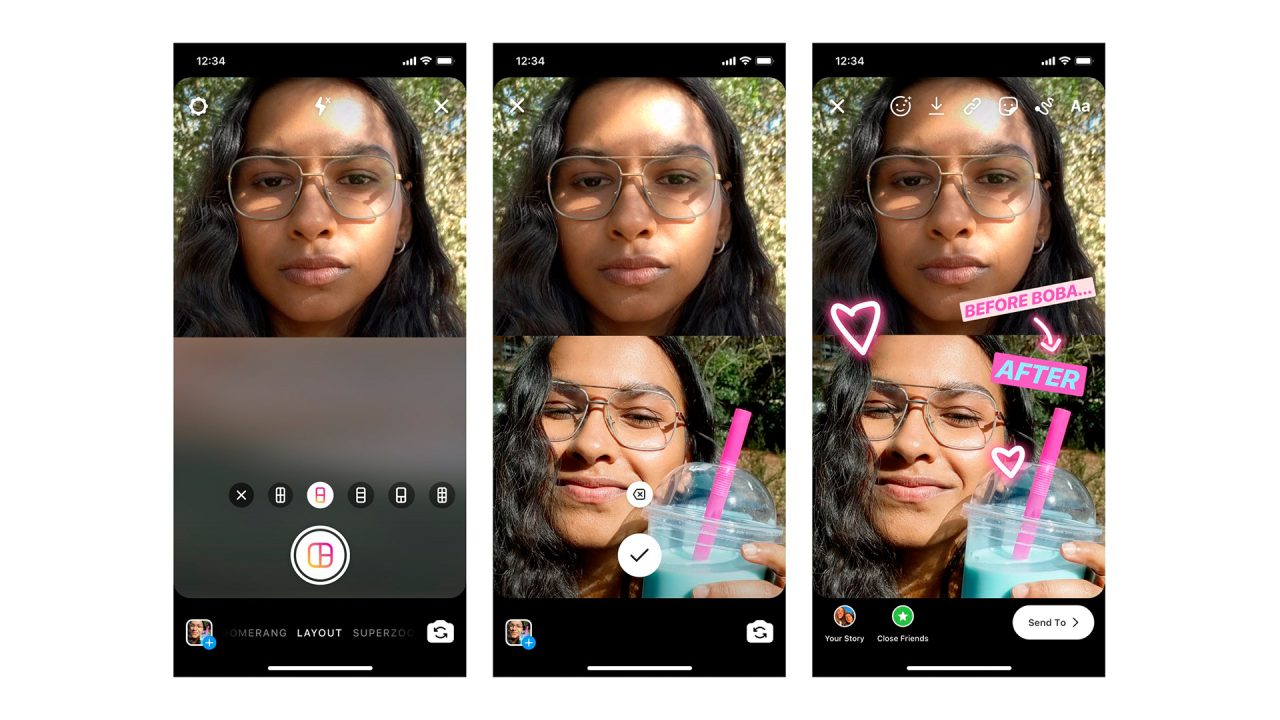 Instagram today announced another new feature for users who like to use Stories. The latest version of the app will allow each Story to be published with a collage of two or more photos using the “Layout” option. The feature has the same name as the separate app that Instagram itself offers to create posts with multiple photos in one.

Users can now create their Stories with up to six different photos. Although the new feature doesn’t seem so significant, there are many people who rely on third-party apps to create similar images. All you need to do is open the Stories camera inside Instagram and look for “Layout” to start combining the photos. Once you have finished, just publish the Story just like any other.

This year, Instagram implemented several features for the Stories platform, which became the most used part of the app. Users can count on a wide variety of filters, texts, stickers, GIFs, and more. More recently, the app owned by Facebook introduced new “Reels” video editing tools to compete with TikTok.

Strike a pose. And another pose. And then another. 📸

With Layout, you can now capture and share multiple photos in your story — a new, creative way to express yourself. Check it out! pic.twitter.com/j02aYOjsoO

According to The Verge, the new “Layout” feature will be globally available starting today, so it may take some time before you can access it. Make sure you have the latest version of the Instagram app installed on your device.

What did you think of the update? Tell us in the comments below.