Animation studio shares how it used new Mac Pro for ‘Jumanji: The Next Level’ 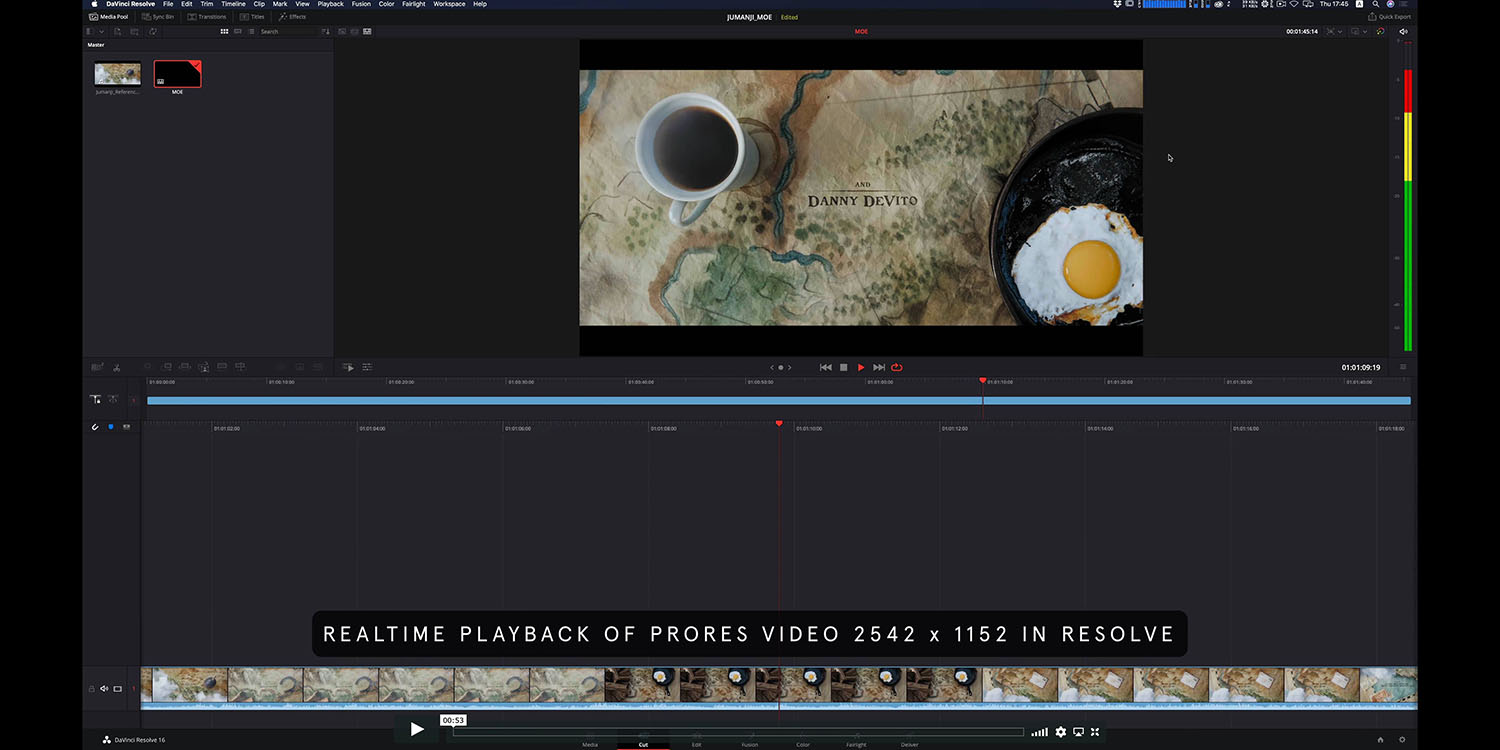 We’ve seen plenty of benchmarks for the new Mac Pro, but if you want an idea of how it stacks up in real-life use, a British animation studio has shared the story of how it used early access to one to work on the movie Jumanji: The Next Level.

Lunar Animation said that animation is one of the toughest tasks for a computer, and it had initially thought Apple’s failure to update the trash can Mac Pro might have forced it to switch to PCs…

The company said in a blog post that the iMac Pro enabled it to hold the fort while it waited for the new Mac Pro.

Since we started the animation studio back in 2014, our entire pipeline has been based around the Mac. However, in recent years it’s been more challenging than we would have liked. With fewer and fewer hardware updates and the release of the trash can Mac Pro that seemed limited, things were certainly looking grim. We had many conversations about how we might eventually have to move over to use PCs.

Fortunately in 2017, Apple announced the iMac Pro, which has been our main studio production machine for all artists. Now the new Mac Pro is here and we’ve been really excited to see how it’s going to evolve our studio.

Apple then provided Lunar with early access to what it describes as a mid-range Mac Pro. Mid-range by animation studio standards, anyway.

This arrived at a particularly opportune moment.

The timing of receiving the machine couldn’t have been better as the studio was just about to begin work on the new Jumanji movie, JUMANJI THE NEXT LEVEL. We were tasked to create the “Main on Ends” (MOE), which is essentially the end animated credits for the movie.

This was a fantastic project and opportunity for us as a studio and involved a number of challenging aspects you can expect from working on a feature.

The project had to be photorealistic, and there were 28 unique panels for the credits, with each panel featuring at least one prop related to the movie. This was spread across a two-minute sequence.

The project would be done with a single camera move, and there were also weather effects to create. All of this had to be done within a timeframe of four weeks. For anyone that’s wondering, four weeks is not a long time…

It’s said that the iMac Pro machines it had been using before the Mac Pro weren’t quite up to the job.

One of the immediate things we noticed as soon as we began the animation stage on an iMac Pro, is that we were struggling to get all of the assets into a scene with all of their high-resolution texture maps without running out of Graphics RAM […]

Sure enough, we can clamp the resolution of the textures in the scene and the problem goes away. However this is fine for working with the scene, but because clamping the textures is across the entire scene it meant that our 8K Jumanji map became a much lower resolution. This became more of an issue for us when sending the client updates to approve. The only other option would be to render the whole thing out, but we were sending updates daily, so this wasn’t an option.

The company said that it expected the Mac Pro to solve this problem, but was surprised at the dramatic difference it saw.

With the texture issues we were encountering on the iMac Pro, we opened the same scene on the Mac Pro and all of the textures loaded up completely fine. This makes sense, as there is double the graphics memory for textures (32 GB instead of 16 GB). We were then surprised to see that it was playing back in real time without pre-caching, because even with clamped textures on the iMac Pro, we weren’t getting a consistent 24 frames-per-second during playback.

We then unlocked the 24 frames-per-second cap on the playback and got speeds of up to 134 frames-per-second. This allowed us to review, change, and preview everything at lightning speed avoiding the need to create proxy textures and models, and we were able to work with the content directly.

One task that took 21 minutes on a 10-core iMac Pro took just five minutes on the Mac Pro.

The Pro Display XDR also makes a huge difference, allowing the studio to see its work exactly as it would be viewed by the client on high-end reference monitors.

As a smaller studio without £30k ($39k) to drop on a [reference] monitor, it’s allowed us to see exactly what the final deliverable looked like as it was intended to go to the client. As our final deliverables were EXR files, we had the range to see past the maximum brightness of a standard iMac display.

Knowing that our final files were accurate saved us the cost of spending money to rent out a facility to check the files, which in all honesty we didn’t have time to do because of the tight turnaround.

This is now an invaluable tool that we’re going to be using on all projects moving forward.

Jumanji: The Next Level grossed over $300 million worldwide, topping the box office in the US and Canada. There’s more detail, and sample videos, in the full blog post. You can also see how the machine fared with a real-life recording session using Logic Pro X.

Check out all our coverage of the Mac Pro, including a bunch of upgrade options.