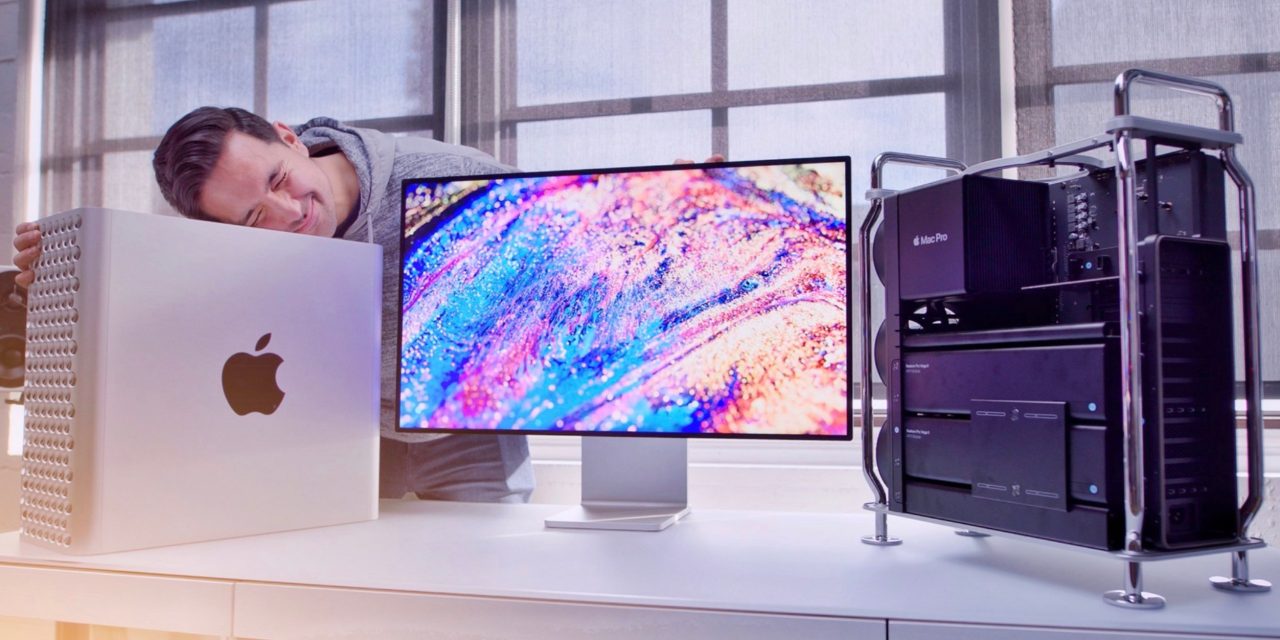 The highly anticipated all-new Mac Pro and Pro Display XDR have officially launched with preorders now open. Over the last few weeks, YouTubers MKBHD, iJustine, and Jonathan Morrison have been testing out the latest Mac hardware for professionals and have shared their first thoughts on what Apple has delivered. Follow along for early impressions on the new Mac Pro and Pro Display XDR, performance benchmarks, and more.

Six years since Apple released the previous-gen Mac Pro with its cylindrical design, Apple has delivered on its promise to make the Mac Pro modular again and also brought back a monitor option with the Pro Display XDR.

The Mac Pro can be configured with up to a 28-core Intel Xeon processor, 1.5TB of RAM, dual Radeon Pro Vega II GPUs (equals 4 graphics cards) and up to an 8TB SSD. It’s also easy to customize and expand the new Mac Pro right away or over time with 8 PCIe card slots. And there’s also the special Afterburner accelerator card to take professional workflows to the next level.

It’s exciting to see the Mac Pro’s power put to the test and we’ve got some early and really impressive benchmarks. MKBHD noted that the new Mac Pro put out the highest GeekBench scores he’s ever seen with almost 3GB/s read/write speeds for the internal SSD.

But he was most impressed by how fast the Mac Pro was able to render video. It was able to process a 5-minute 8K clip in 4 minutes and 20 seconds. That’s some massively fast performance to handle 8K video faster than real-time.

As for thermal performance, Jonathan Morrison highlights the Mac Pro “does not make a sound even with every core lit up at nearly 100% which is bananas.”

In Jonathan’s Cinebench test, the Mac Pro came out with a wild CPU score of 9,918.

Check out the Mac Pro in the flesh from MKBHD, iJustine, and Jonathan Morrison below for all the fun details!