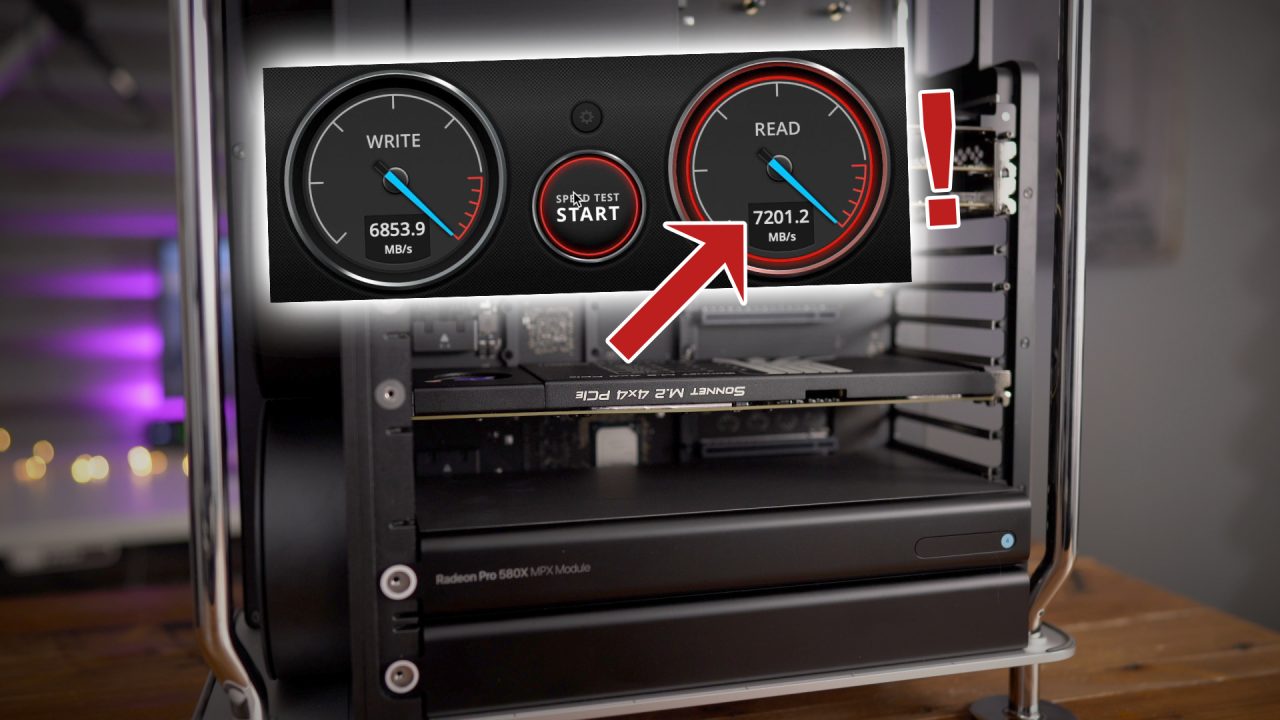 If you’re looking for the fastest SSD available for the Mac Pro, then this may be the solution for you. When paired with the right SSDs, the Sonnet M.2 4×4 PCIe Card produces speeds of the bonkers variety.

During benchmark tests with the Blackmagic Disk Speed Test utility, I was getting write speeds in that easily surpassed 6,000 MB/s, and read speeds that eclipsed 7000 MB/s.

For comparison’s sake, Apple’s fastest 8 TB SSD produces speeds “only” up to 3400 MB/s, so this setup is capable of running circles around the Mac Pro’s fastest built-in SSD for less money. Watch our hands-on video review for the details.

Sonnet reached out to me last week to see if I’d be interested in taking its M.2 4×4 PCIe Card for a test drive in my Mac Pro, and I happily obliged. The x16 card, which features four slots for four single-sided M.2 blades, allocates four PCIe lanes per card.

Setting up the unit is just a matter of unscrewing the outer cover, removing the heat sink, and depositing four drives. Sonnet pre-filled four Samsung EVO 970 M.2 SSDs for me to test, which offer sequential read and write performance levels of up to 3,500 MB/s and 2,500 MB/s, respectively.

Keep in mind that Sonnet says that only SSDs with memory components on the top side of the module are compatible with this card. For that reason, double-sided memory component M.2 SSD media is not recommended. See Sonnet’s tech specs for additional details.

Having one of these drives produces results that are impressive enough, but I was excited at the prospect of having four of them in a RAID 0 configuration with firehose x16 PCIe access.

Sonnet provided three 1 TB SSDs along with one 2 TB SSD. One day I look forward to having four 2 TB Samsung 970 EVO Plus SSDs [Note, you may need to perform a firmware upgrade via Windows before these drives work on macOS. Opt for the Pro versions for guaranteed out of the box compatibility] for more storage, but the results of a 4 TB RAID 0 setup are still extremely impressive. 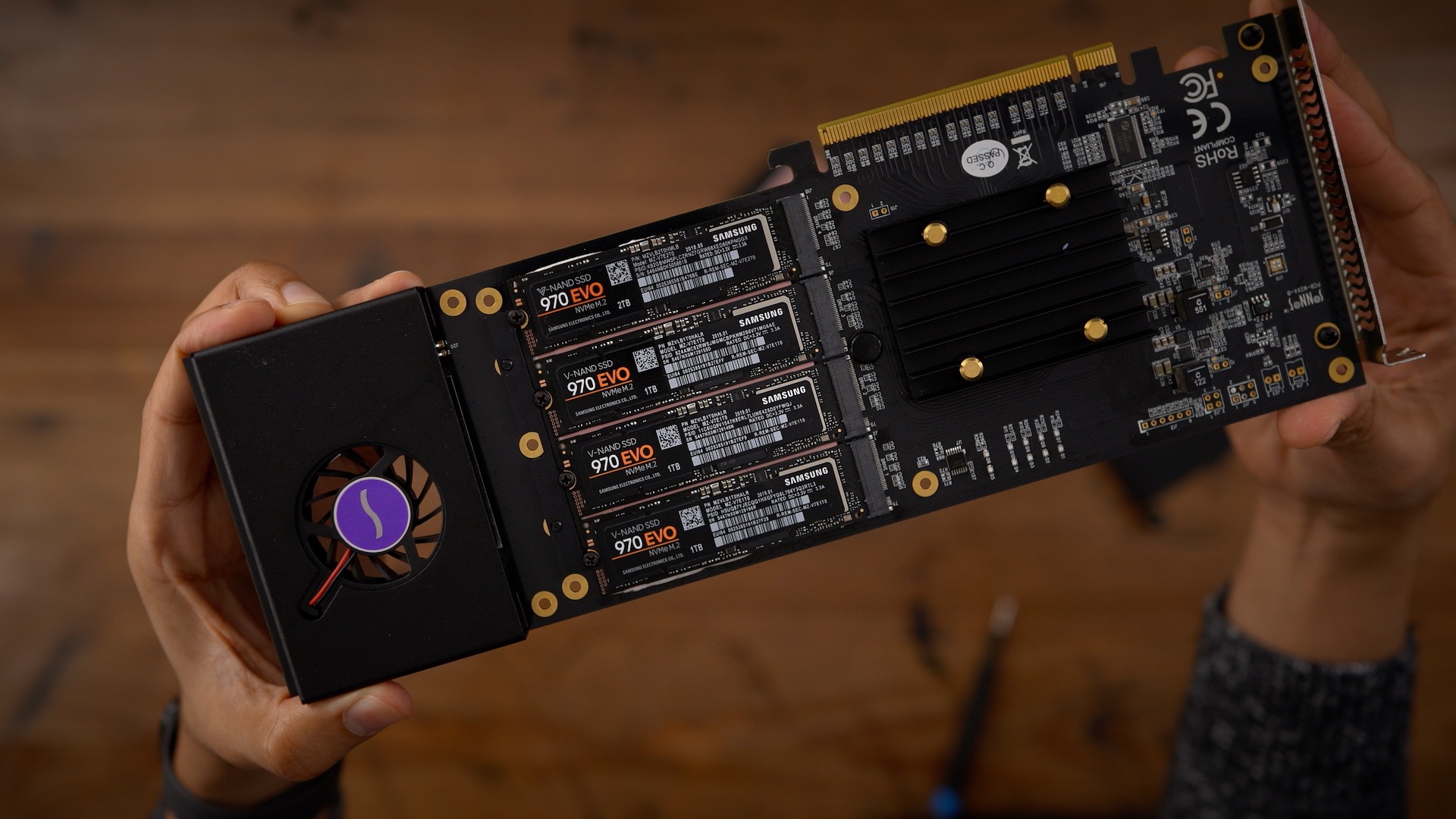 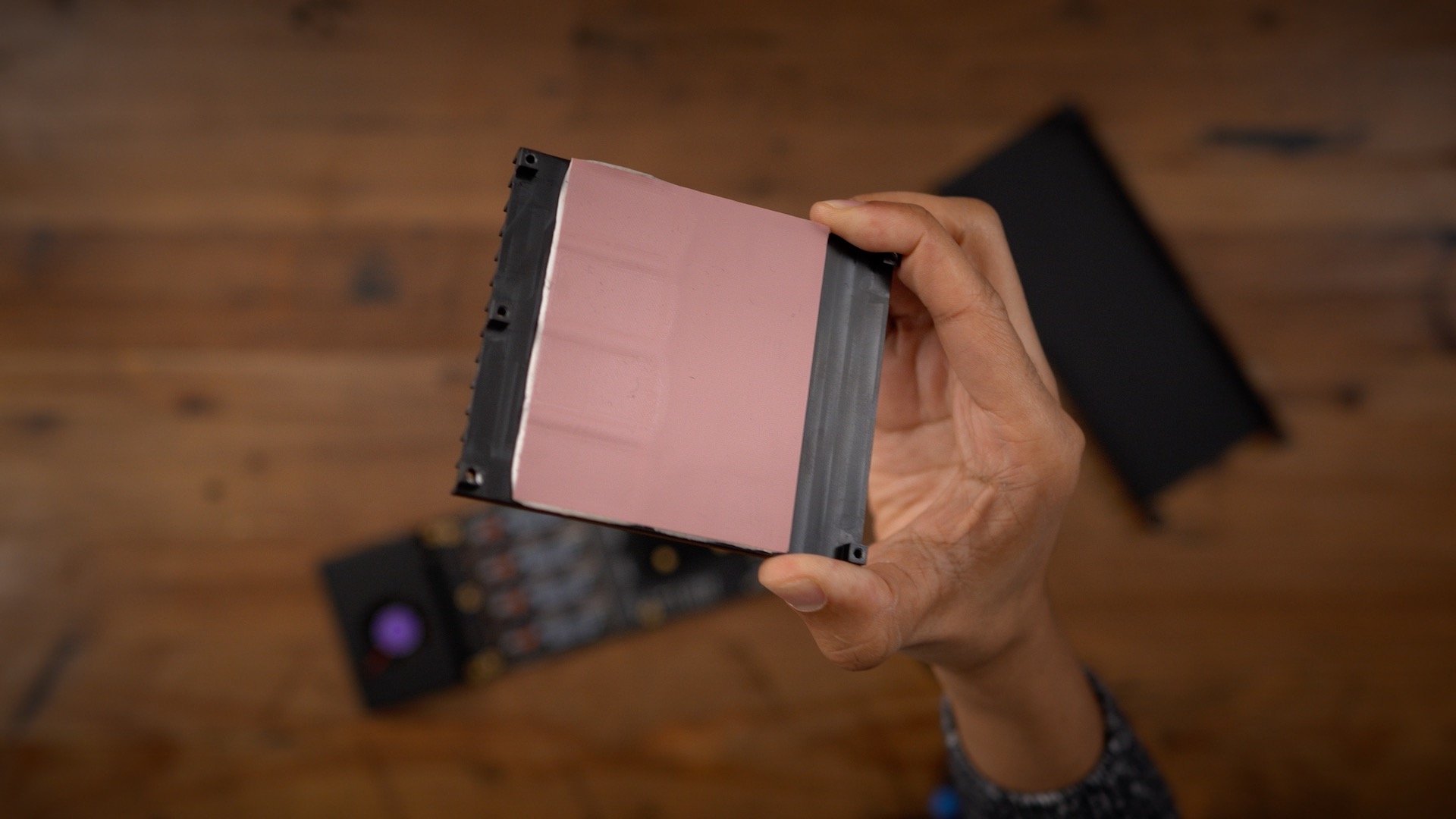 Thermal material is featured on both sides to manage heat

After installing the Sonnet card in an x16 PCIe port in my Mac Pro, I used macOS’s built-in software RAID Assistant to set up the four drives in a RAID 0 configuration for peak performance.

Running tests with Blackmagic Disk Speed Test tool, I was impressed by the results: 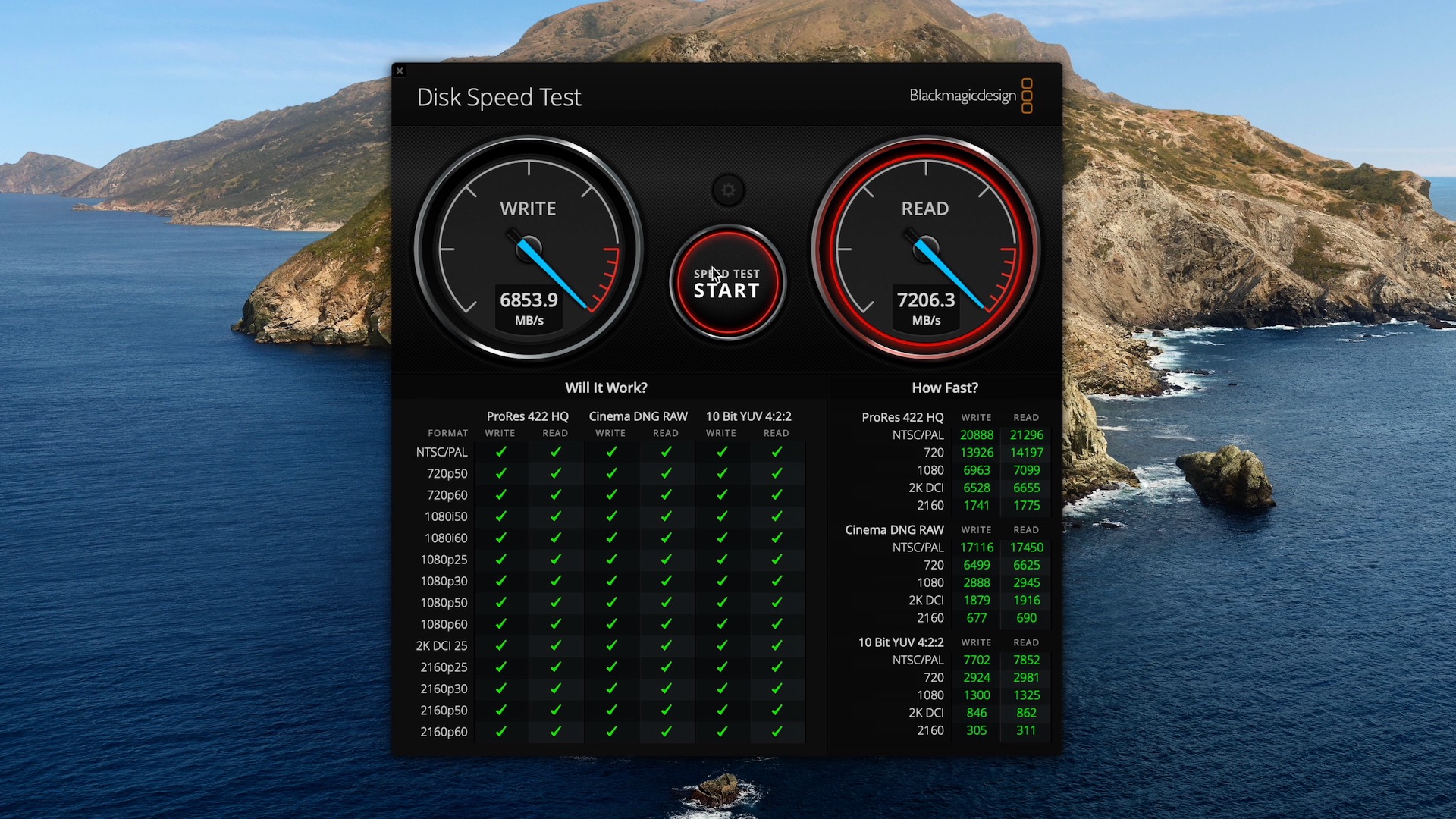 This is not a joke, and I’ve seen this setup benchmark even better. This is the reason why I’ve been so excited about the Mac Pro. Having this much fast storage on tap is downright amazing, especially since it’s way faster than Apple’s own SSD for less money. 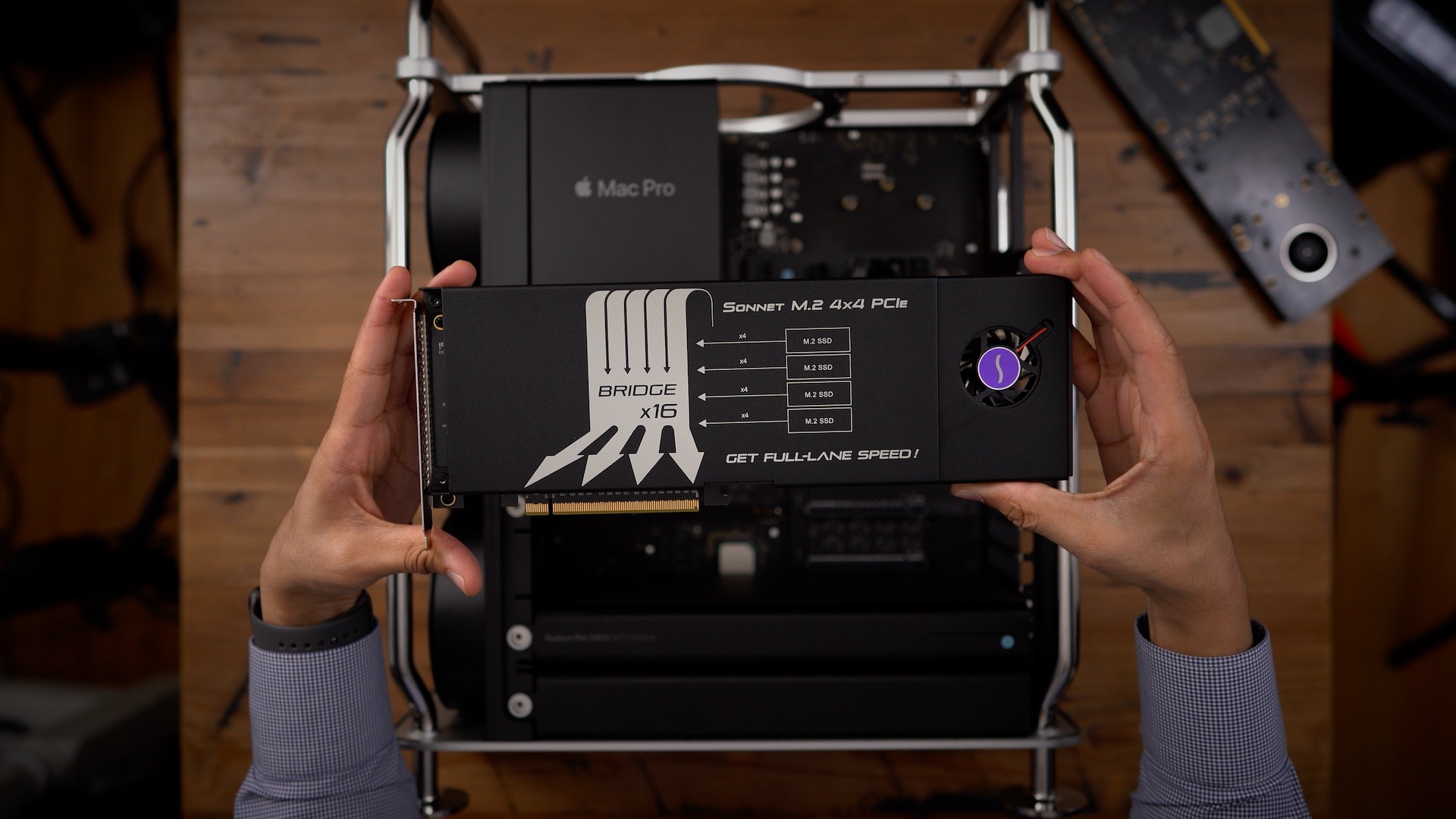 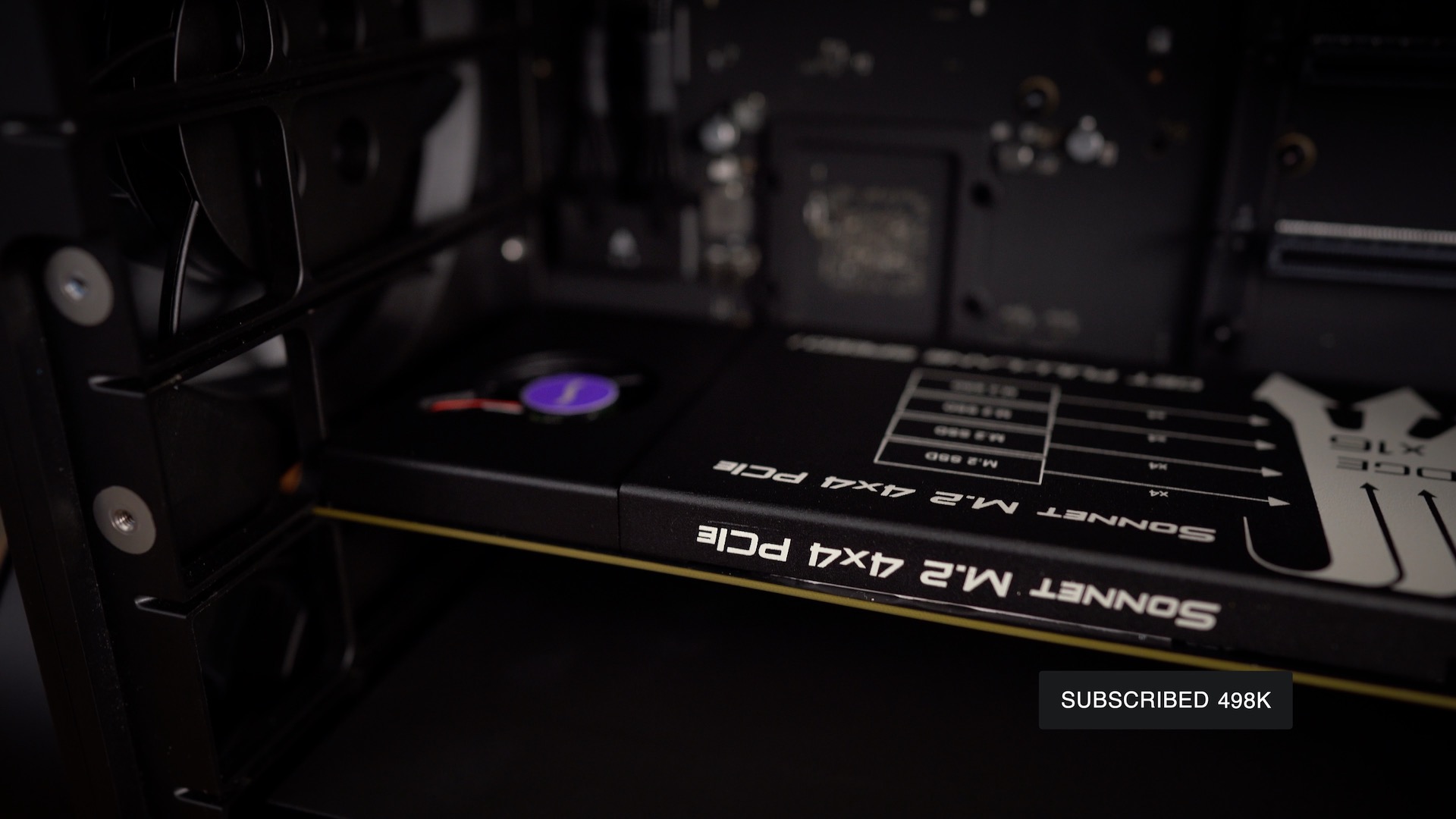 But benchmarks are one thing. How does this drive perform when testing out file transfers via Finder? As you might expect, the performance is quick. For example, I was able to transfer a 51.6 GB folder containing three videos from my Mac’s built in SSD to the Sonnet M.2 4×4 PCIe SSD in just 16 seconds. I was able to transfer the same folder back to my Mac in a hair under 40 seconds. 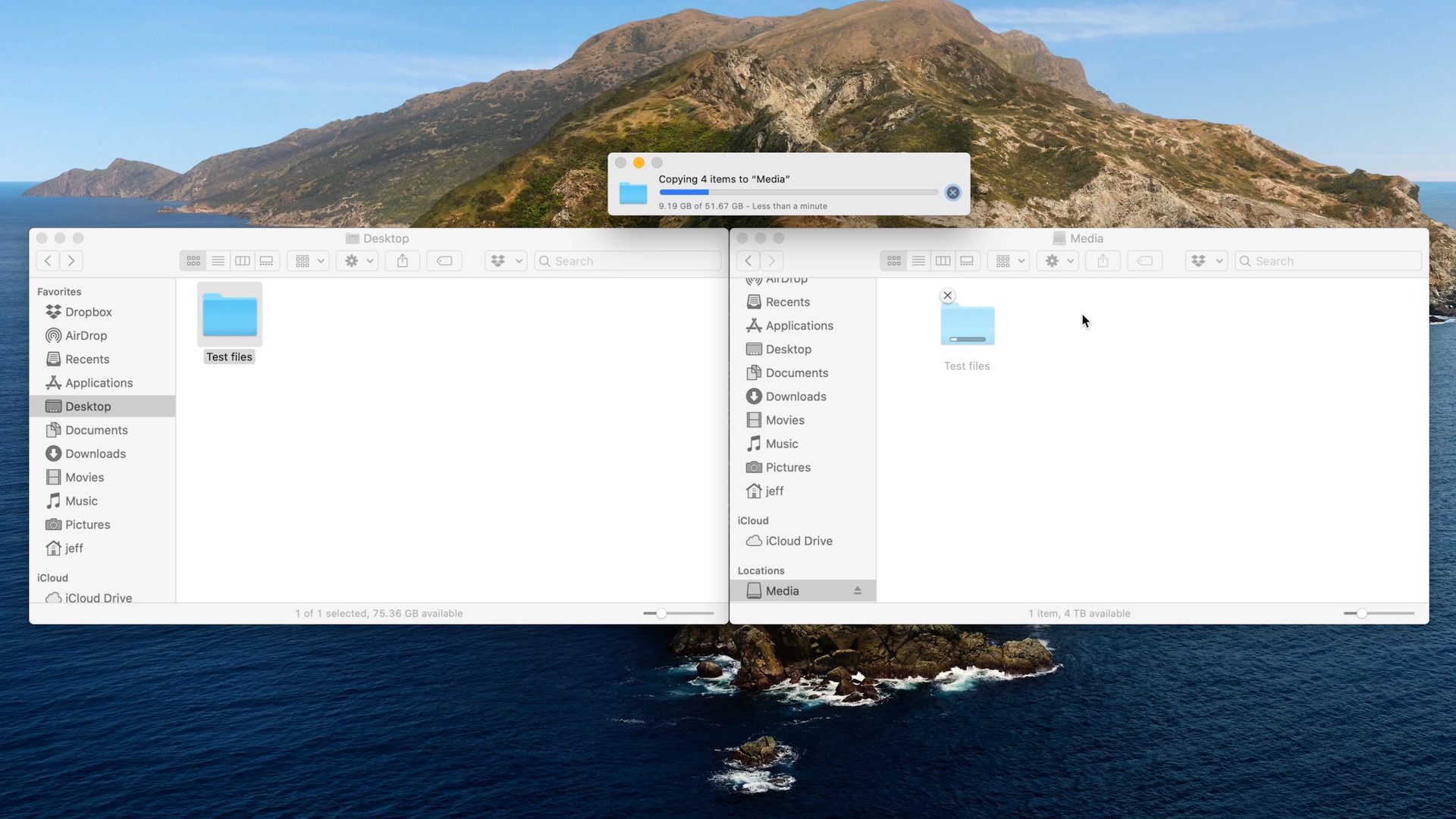 As you can probably imagine, such a setup works great with large video files. High bitrate compressed video and RAW video workflows would surely benefit from such high transfer rates. 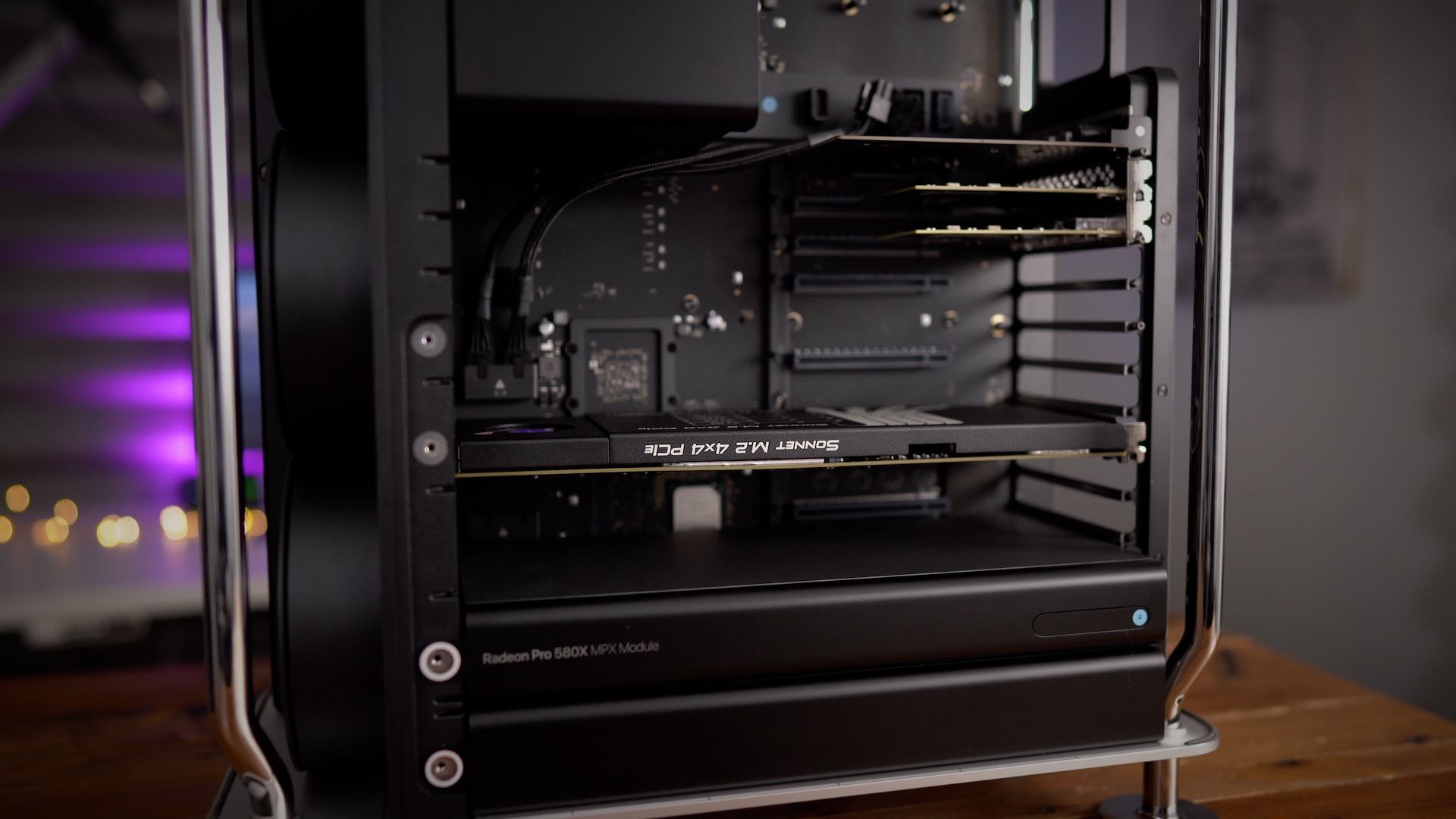 With all of that being said, this is not a replacement for Apple’s built-in SSD, which is encrypted by the Apple T2 Security chip, and not user-replaceable. I recommend going with at least 1 TB of build-to-order storage, since you can’t technically boot from an Apple RAID drive in macOS, and you can’t technically install Boot Camp on an external drive either without jumping through a bunch of hoops. 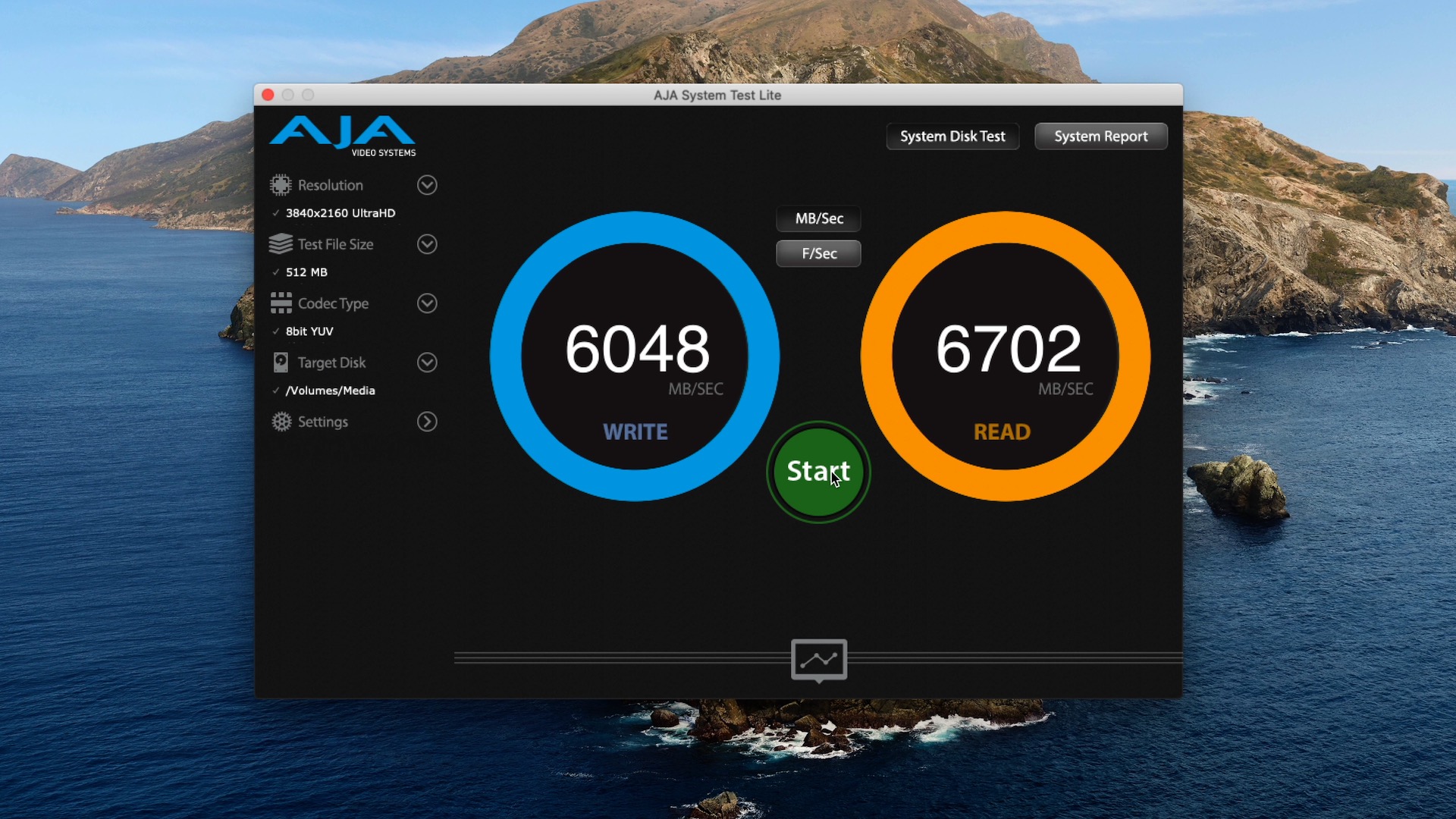 What do you think? Sound off in the comments with your thoughts and opinions.