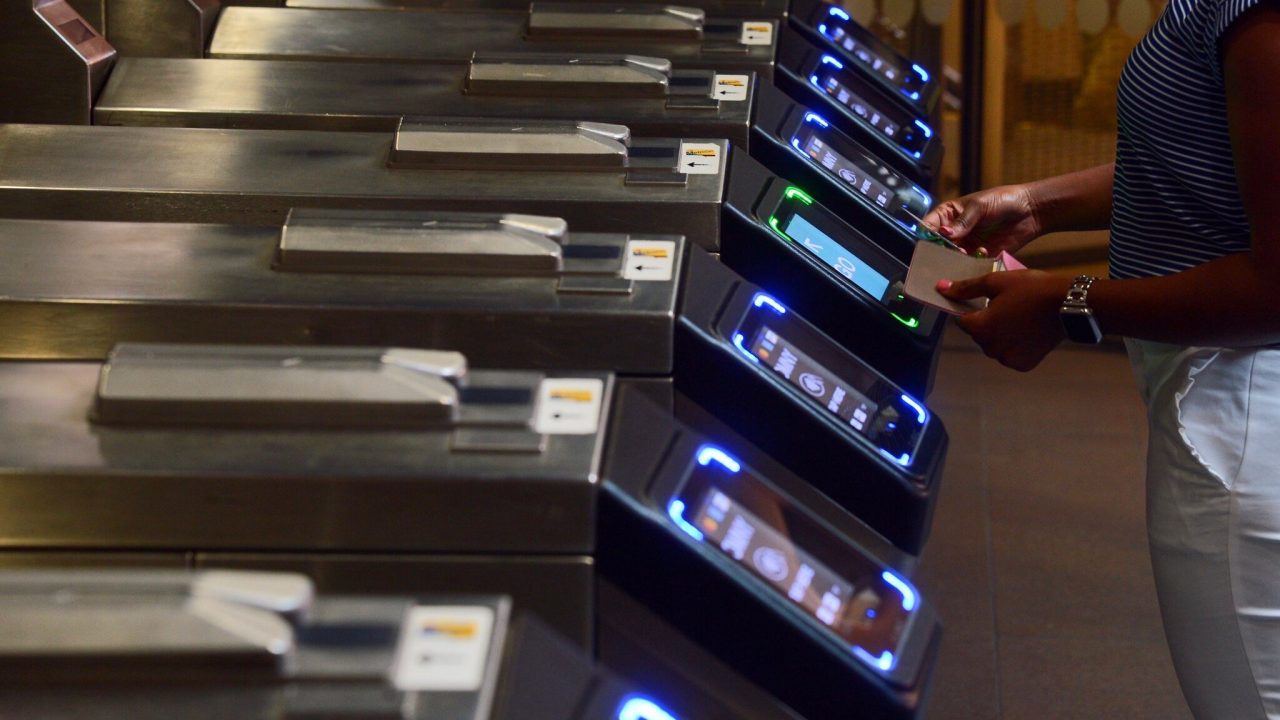 The availability of Apple Pay has slowly expanded throughout New York City as the MTA has rolled out its new OMNY tap-and-ride readers. In a new report today, the New York Post says that some users are being charged for MTA travel every time they walk by the OMNY readers.

According to the report, some transit riders in New York City have been charged a fare through Apple Pay, even when they don’t tap their Apple Watch or iPhone on the OMNY reader. Essentially, the MTA riders say when they walk past one of the OMNY readers, they seemingly get close enough to trigger Apple Pay on their iPhone or Apple Watch.

The problem stems from Apple Pay’s Express Transit feature, which allows users to complete Apple Pay transit transactions without having to authenticate with Face ID or Touch ID. Instead, you just tap your iPhone or Apple Watch on the terminal, and your default card is used for the transaction.

The New York Post report details reports from two people of this happening. One woman, Magen Bagg, said that she swiped her MetroCard, but had her iPhone in her purse near her hip — close enough to trigger Apple Pay through the OMNY reader. Another traveler, Macartney Morris, said that he had his phone in his pocket and swiped his MetroCard, but Express Transit was still triggered by the OMNY reader.

The issue doesn’t appear to be incredibly widespread, but the MTA did confirm that it has heard from around 30 affected users:

MTA chief revenue officer Al Putre confirmed that “about 30 customers” had complained about “unintended charges when the Express Transit feature of their iPhones is activated.”

Putre further said that the MTA is working with Apple on a solution to address “the issue of unintended taps.” In the interim, the easiest solution is to disable Apple Pay Express Transit mode in the Settings app on your iPhone.

One thing to note as a possibility is that the OMNY tap-and-ride readers are simply oversensitive, as suggested by The Gothamist. Apple has also said the company has not had this issue in other cities were Express Transit is available. This would mean that the MTA needs to adjust the sensitivity of the OMNY readers to prevent more users from being charged multiple times.

If this problem is an OMNY issue rather than an Apple issue, which it seems to be, it’s also likely that transit riders with other devices could be affected, as well as those with contactless credit/debit cards. Have you had any problems being erroneously charged by the OMNY tap-and-ride readers in New York City? Let us know down in the comments.